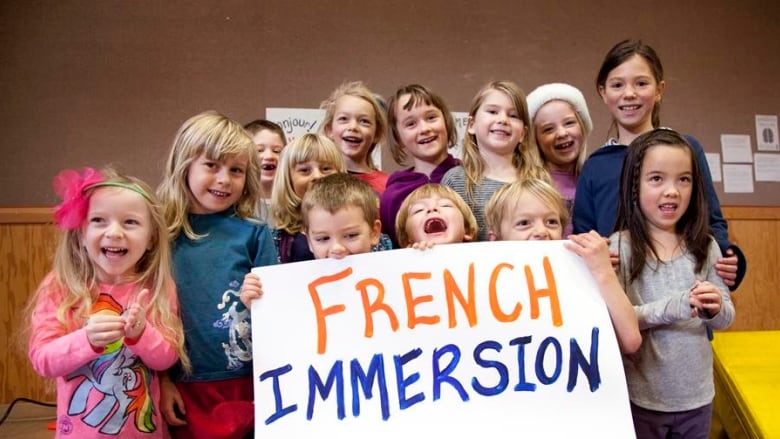 French Language Services Commissioner Francois Boileau said if nothing is done to address the issue, Ontario’s francophone demographic may decrease to the point where it becomes insignificant. (Canadian Parents for French)

In Conseil scolaire francophone de la Colombie‑Britannique v. British Columbia, a majority of the Supreme Court of Canada found that British Columbia underfunded French-language schools and clarified the test for determining when such funding issues may amount to a breach of section 23 (minority language educational rights) under the Charter of Rights and Freedoms.

In June 2010, the Conseil scolaire francophone de la Colombie‑Britannique, the Fédération des parents francophones de Colombie‑Britannique and three parents (the coalition) filed a lawsuit against British Columbia. In the suit, the coalition alleged that aspects of the education system funding penalized the official language minority and infringed on their rights under section 23 of the Charter. The allegations ranged from a lack of adequate French-language facilities to the need for additional French-language schools. The coalition sought compensation from the province as a remedy.

The British Columbia courts, among other things, provided declarations concerning the right to educational facilities in several communities in the province. However, the Courts were not persuaded that compensation was an appropriate remedy.

In a 7-2 decision, Chief Justice Wagner – writing for the majority – found that the lower courts’ interpretation of section 23 was “inordinately narrow.” Section 23 had a remedial purpose, designed to correct the “erosion of official language groups and to give effect to the equal partnership of the two official language groups in the context of education.” In this context, the Court further clarified a “sliding scale approach,” which guarantees whatever type and level of rights and services is appropriate under section 23 in order to provide minority language instruction for the particular number of students involved.

The majority in this decision clarified this approach, enumerating a three-part test for determining the state’s obligations under section 23:

Applying this approach to the facts before it, the majority found that the coalition was justified in demanding more minority language schools within the communities in question and that the failure to provide them amounted to a section 23 violation.

The Supreme Court took a “strict” approach to its section 1 analysis. The majority ruled that the infringements were not saved under section 1 and, inter alia, the coalition was owed compensation as a remedy.

Takeaways from the decision

For the coalition and many francophone communities the Supreme Court’s decision marks a significant victory, both in terms of vindicating their constitutional rights and securing compensation from the government.

Legally, this case continues to highlight the Supreme Court’s openness to recognizing and specifying ways in which to assess positive duties that the state owes to linguistic minority groups under the Charter (and other quasi-constitutional documents). The Court has not been as receptive to the concept of positive obligations with respect to other rights enshrined in the Charter.

The majority’s decision also illustrates the need for provincial bodies to carefully tailor their educational policies in light of the more nuanced “sliding scale” test developed by the Court. This approach may invite both legislative and grassroot changes and may lead to greater investment in French-language schools and programs.

Finally, the majority provided a series of declarations for more French-language schools in British Columbia. The Court chose not to remain seized with the matter of implementation, an issue that the Court grappled with in its earlier decision of Doucet-Boudreau v. Nova Scotia (Minister of Education).