More than a year ago, Bonnie Henry set out a plan to save drug users’ lives. The provincial government said no. 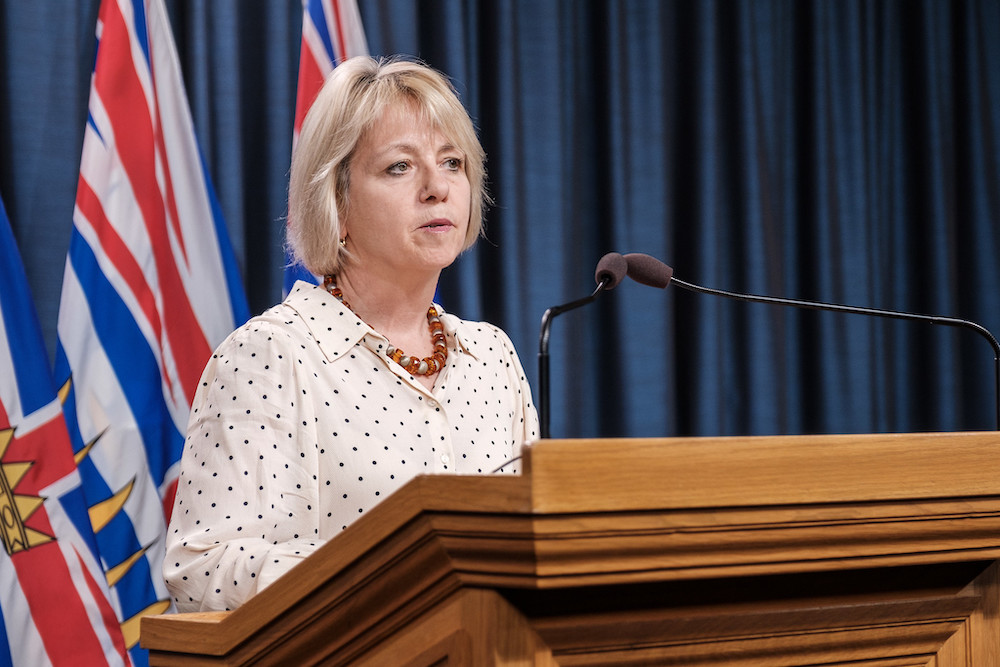 Dr. Bonnie Henry: ‘We must look at alternatives to the criminal justice system to get people the assistance they need.’ Photo: BC government.

Public health officer Dr. Bonnie Henry renewed her April 2019 call to decriminalize illicit drug use Thursday after B.C. reported 170 overdose deaths in May, the highest in the province’s history.

The toll was almost double the overdose deaths in the same month a year ago.

“We must look at alternatives to the criminal justice system to get people the assistance they need,” Henry said Thursday at a news conference, noting that it would take federal government changes to Canada’s Criminal Code.

But Henry said the B.C. government had the ability to introduce “de facto decriminalization.”

Henry said the pandemic has disrupted the drug supply chain and resulted in an increase in fentanyl concentrations.

The chilling report from the BC Coroners Service suggests the pandemic has undone much harm reduction work in the province, despite an expanded safe supply program and a new overdose prevention app earlier this month.

“It is both sad and deeply frustrating to see the number of illicit drug deaths reach a new high in B.C. four years after the declaration of a public health emergency,” said Lisa Lapointe, chief coroner, in a news release.

Overdose deaths in B.C. now total 554 so far this year, with more than 100 people dying each month for the last three months in a row.

“Before COVID-19, there was so much more to do, but we were heading in the right direction,” said Mental Health and Addictions Minister Judy Darcy in a news release. “Yet, with the immense pressure of two public health emergencies, so many unprecedented factors are bearing down swiftly on us all at once.”

Vancouver, Victoria and Surrey were the most affected, while northern B.C. continues to have the highest per capita rate of overdose deaths.

Overdose prevention and supervised consumption sites continue to report no deaths at their sites.

“The number of people who we’ve lost — not this past month, but over the past four years — is unfathomable and heartbreaking,” said Guy Felicella, peer clinical advisor with the BC Centre on Substance Use and the provincial Overdose Emergency Response Centre.

“More British Columbians died of overdose in one month than died in the whole first wave of COVID-19. All British Columbians should collectively share our grief and urge action to improve access to safer supply so people can get the help they need.”

Dr. Mark Tyndall, an expert in substance use and drug policy at the University of British Columbia School of Population and Public Health, says decriminalizing people who use illicit substances would not immediately curb overdose deaths given the tainted drug supply.

“We really need to always treat this as a poisoning epidemic and we really needed to offer people alternatives to street drugs.”

Henry acknowledged that safe supply has been slow starting, but noted ministers are considering how parts of her recommendation can be implemented at the provincial level.

Tyndall doesn’t think the new record deaths will be a turning point in the province’s response to the opioid crisis.

“It’s tragic and shocking, but at the same time it’s not really that surprising,” he said. “Five years of this has really numbed people to doing something.”