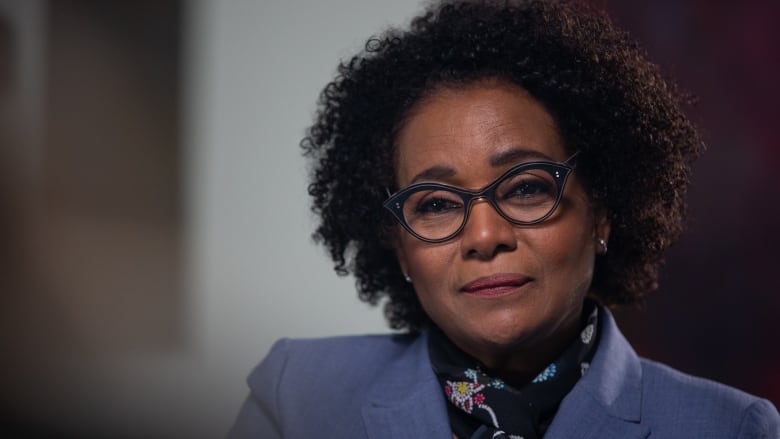 In an interview with CBC’s Power & Politics today, Jean said racism against Black and Indigenous people is deeply embedded in some of the country’s institutions, and to ignore that fact is an exercise in denial.

Legault announced an anti-racism task force on Monday to root out discrimination against racial and ethnic minorities in Quebec. He continues to insist, however, that systemic racism does not exist in Quebec.

“We were all touched by what happened in the United States. We don’t want to import the climate of confrontation,” Legault said, referring to the wave of protests that erupted in response to the killing of George Floyd in police custody.

Jean said she doesn’t want this moment of popular support for racial justice to focus on defining a term like “systemic racism.” She said it’s obvious, however, that some sectors of Quebec and Canadian society are dominated by white people and people of colour are often missing from the corridors of power.

‘Racism is still raging on’

“The legacy is still there — racism is still raging on.

“But the denial becomes part of the problem. How can you address something when you don’t acknowledge the situation? … I find it very irresponsible.”

Asked if Legault’s hand-picked anti-racism panel — which does not include an Indigenous member — can do its work adequately if there is no acknowledgement of systemic racism, Jean said “denial” of systemic racism “is not helping.”

Jean, a Haitian refugee who was raised in Quebec, said she has experienced racism throughout her life, most notably when she was applying for jobs at Radio-Canada, the French-language service of the CBC.

She said one of her job interviews, in the late 1980s, was focused solely on her race, and that hiring managers repeatedly asked her if she would be able to “integrate” into an all-white newsroom.

Jean said that when one of those managers asked her if she knew she would be “the first Black person in the newsroom,” she replied, “You know what? I think we’re going to stop that conversation right here. I think there’s a problem and I’m not the problem. The problem is on your side.”

Asked about RCMP Commissioner Brenda Lucki’s public struggle with the definition of “systemic racism,” Jean said again that the focus shouldn’t be on a single phrase.

She said the force has to address unconscious bias among police officers that sometimes results in excessive use of force against Black and Indigenous people because of a perception that people from these communities are somehow more “dangerous.”

“It demands a constant vigilance. We need to remain constantly vigilant. This is how you ensure you have more social cohesion,” she said.

‘We’ve had enough of this’

Jean said watching the death of Floyd, a Black man, while in police custody was painful — a reflection of a police culture that has for too long ignored calls for fundamental reform.

Prime Minister Justin Trudeau and Justice Minister David Lametti have promised to tackle anti-Black institutional racism. “We will continue working towards a fairer justice system,” Lametti said in a statement to the press. “It is simply unacceptable that some Canadians experience justice differently just because of the colour of their skin.”

Beyond policing, Jean said racial disparities are evident in other sectors of society.

She noted that Black communities in Montreal have been hit particularly hard by the COVID-19 pandemic. Jean has personally lost four family members, including an aunt who was in a long-term care home.

The caucus, which includes MPs and senators from different parties, released a list of suggested changes.

Those measures include improving the collection of race-based data (which the group identified as a priority) and reforming both the police and the justice system to eliminate bias and discrimination against Black Canadians and Indigenous people.

The caucus said mandatory minimum sentences for some crimes should be eliminated entirely. Advocates have suggested that this policy sends a disproportionate number of minority Canadians to prison.

The group also wants governments to take action to better support businesses owned and operated by Black Canadians, more Black representation in the public service and greater investments in Black culture and arts.

John Paul Tasker is a reporter in the CBC’s Parliamentary bureau in Ottawa. He can be reached at john.tasker@cbc.ca.

Confronting racism at every level can start with young people, says Masai Ujir

‘We have police issues, we have so many institutional issues, but racism is the core of this thing’