We’ve had nine climate targets in over three decades. Legislation could help us stick to a plan. 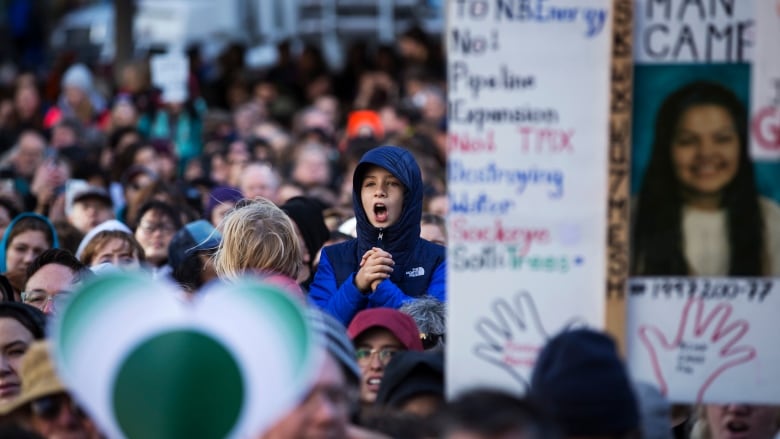 Beginning with Brian Mulroney in 1988, four different prime ministers have committed this country to nine different climate targets over the last 32 years.

The pressure to meet those targets was almost entirely political and, apparently, insufficient. Neither domestic nor international opinion was enough to convince successive governments to do what was required to significantly reduce emissions.

Public opinion may have shifted markedly in the last few years, but some environmentalists and climate policy analysts think that Canada’s chances of meeting its next two targets — for 2030 and 2050 — would improve if those commitments were written into law.

It surely couldn’t hurt — even if it’s still going to take more than a law to ensure Canada does its fair share to combat climate change.

Along with setting a goal of net-zero emissions by mid-century, Justin Trudeau’s Liberals promised during last fall’s campaign to establish “legally-binding” emissions targets at five-year intervals from now until 2050. They also said those targets — which would chart a path to 2030 and 2050 — would be informed by advice from scientists, economists and other experts.

A timeline for legislation depends on when the government decides to turn its attention to matters unrelated to the pandemic. But there are now two proposals that describe how the government could proceed.

The first report was released earlier this month by a coalition of environmental groups (EcoJustice, the Climate Action Network, West Coast Environmental Law, Equierre, Environmental Defence and the Pembina Institute). The Canadian Institute for Climate Choices, established earlier this year with federal funding, released its own recommendations last week.

Based on international and provincial examples (both British Columbia and Manitoba have introduced similar climate legislation), the two reports are broadly aligned on what the federal government’s climate accountability legislation should look like.

Long-term climate targets would be written into law and clear lines of responsibility for ministers would be established. Neither proposal imagines specific consequences for failing to meet a target — but both would require the government to report regularly on progress toward reducing Canada’s emissions, with oversight provided by an arms-length body or institution.

A fiscal model for climate accountability

In the United Kingdom, which has become a model for climate accountability, a publicly funded expert committee provides independent advice and analysis and monitors the government’s progress. That body was established in 2008. Last year, the British government officially legislated a target of net-zero by 2050.

To some extent, such legislation could build the sort of structure around climate policy that already exists in Canada for federal fiscal policy.

Both of the proposals in the two reports would introduce a national carbon budget — a set limit on the amount of greenhouse gas emissions Canadians cumulatively produce each year, or over a given period of time. While a long-term emissions target can seem abstract and distant, a national carbon budget could reframe the climate conversation around more tangible goals and advance the discussion on how each sector of the economy might fit into Canada’s low-carbon future.

But the coalition’s proposal goes one significant step further by calling on the federal government to negotiate or set “sub-national carbon budgets” for each of the provinces.

In a perfectly rational world, that might be the smart way to structure climate policy in a federation — with each province accepting its fair share of the national goal. But anyone familiar with the nature of Canada’s federation — and the significant differences in emissions across provinces — knows how fraught and divisive such an exercise would be.

The Trudeau government consistently has side-stepped questions about regional differences and responsibility by focusing on national policy, like the federal carbon price. It’s hard to imagine the Liberals wanting to engage now in long and painful negotiations to set provincial carbon budgets.

The 14-page bill required the government to produce a plan for meeting Canada’s target under the Kyoto Protocol and to issue annual reports on progress toward that target. The National Roundtable on the Environment and the Economy — an independent body established by the Mulroney government — was tasked with analyzing the government’s plan, while the environment commissioner (whose office falls under the auditor general) was charged with providing a biannual assessment of the government’s progress.

That legislation was in effect for four years. But by 2012, the Conservatives had a majority in the House and they used it to withdraw from the Kyoto Protocol, repeal the act and abolish the NRTEE. (A private member’s bill that would have looked beyond Kyoto, originally proposed by former NDP leader Jack Layton, was killed in the Conservative-dominated Senate in 2010.)

‘A layer of durability’

The example of Rodriguez’s bill reminds us that no new climate legislation is necessarily guaranteed to survive a change in government. While there is a broad consensus on the need to reduce emissions in the United Kingdom, the debate in Canada is still polarized. And as long as it is, action on climate change will always hang in the balance.

Prime Minister Justin Trudeau says he expects oil and gas companies to share their environmental plans as part of a commitment to reduce emissions and fight climate change. 1:23

But legislation would be one more significant structural support for climate action that any future government would have to contend with — even if only by repealing it.

“Accountability frameworks aren’t silver bullets and won’t automatically solve the disconnect between policy and targets,” said Dale Beugin, vice president of research and analysis at the Institute for Climate Choices. “They do, however, add a layer of durability.

“Just as missing a milestone has reputational and political costs, so too would repealing legislation.”

The law’s success, in other words, might ultimately depend on whether Canadians themselves demand that it be upheld — and honoured.

Aaron Wherry has covered Parliament Hill since 2007 and has written for Maclean’s, the National Post and the Globe and Mail. He is the author of Promise & Peril, a book about Justin Trudeau’s years in power.