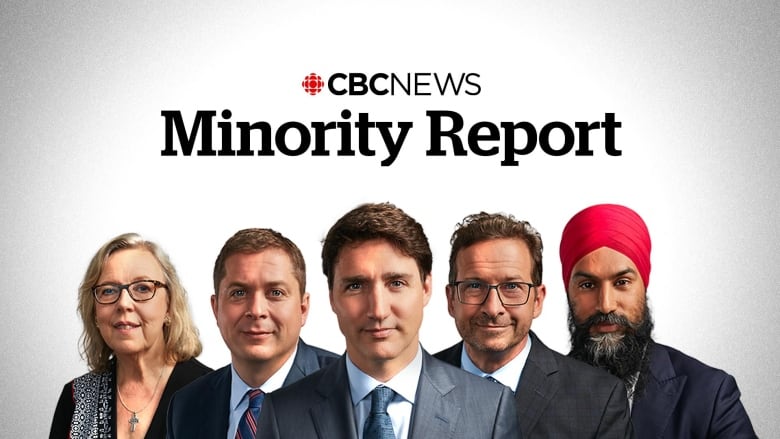 Minority Report is your weekly tip-sheet as we navigate the parliamentary waters of a minority government. Get insights and analysis from CBC’s Parliamentary Bureau in your inbox every Sunday morning. (CBC)

The past three months have felt out of the ordinary in so many ways.

As patios and hair salons re-open in Ottawa, it’s remarkable to think about how little social interaction we’ve had in these thirteen weeks, how normal routines have all been upended.

But some new routines have emerged too. For me, at work, that means every day at 5:30 p.m. ET there’s an update on COVID-19 from public health officials in Alberta and at 6 p.m. ET the same thing happens in BC. Over the past few weeks, it’s more like every other day, but you get my drift.

Because those are the provincial updates that fall on my watch, I’ve listened to more than a hundred of them and I’m pretty sure the inside voice in my head is now either Dr. Deena Hinshaw or Dr. Bonnie Henry. And it’s always telling me to stay calm and be kind.

Which is why last Thursday, accustomed to my normal show routine, I was jolted to hear Dr. Henry in tears. She wasn’t talking about COVID-19 though, at least not directly. She was talking about overdoses.

B.C.’s provincial health officer teared up as she shared her condolences with the loved ones of overdose victims. 2:47

Last month in B.C. a record number of people died from an overdose; 170. It’s also more than the total number of deaths due to Coronavirus in the province; 167. More than 400 people in B.C. have died from overdosing during the three months COVID-19 measures have been in place.

Dr. Henry’s emotion was raw as she talked about those numbers. They were moms, dads, sons and daughters. She also noted the increased toxicity of street supply.

“COVID-19 is not our only health crisis,” she told reporters. “I cannot express how difficult this news has been to hear, my thoughts and condolences go to those who have lost their loved ones and I share your grief.”

I can’t imagine the impact of isolation on someone who suffers from addiction. The decision to reach out and ask for help, or to talk to a friend, must already be tough — but the inability to do so must be crushing. Outreach workers say physical distancing measures also mean less people can access addiction services. It is a devastating combination.

According to a report by CBC’s Health unit, early data from Ontario shows a 25% increase in the number of overdose-related deaths from March to May over the same period last year.

In Alberta, the number of opioid-related calls to EMS went from 257 in March to 550 this May.

A report from Toronto’s medical officers of health shows paramedics there responded to 25 suspected opioid overdose deaths in April, the highest number since September 2017.

In an interview last week, Vancouver mayor Kennedy Stewart was also visibly shaken by the increase in deaths in his province.

“This keeps me up every night and it has, really, since I started campaigning for mayor,” he told me.

Stewart stressed the importance of finding a safe drug supply — essentially a prescription alternative to street drugs — and lauded the federal government’s efforts on that front during the pandemic. He hopes the measures aren’t temporary.

“We’ve got to make it permanent … otherwise these numbers are just going to continue, not just here, but right across the country.”CERB may be linked to overdoses, say outreach workers

VIDEO: Outreach workers worry that easy access to CERB may be linked to a spike in opioid overdoses in Ontario and B.C. 2:03

Public health officials in various parts of the country are pressing Ottawa for more funding for a safe supply of drugs in their provinces and cities. People I spoke to in the federal government say they expect to be able to provide a lot of that funding soon — but provinces have some jurisdiction here as well. On the question of whether to make safe supply funding permanent, everyone I spoke to said a decision hadn’t been made, but the federal minister of health was open to the conversation.

Dr. Henry has gone a step further than making a call for a safe drug supply in the past; calling for decriminalization of all illicit drugs.

That’s a controversial position and often a politically contentious one — we saw that in the last federal election. Unsurprisingly, the call to decriminalize was rejected by governments prior to COVID-19; but this pandemic has changed so much — given the heartbreaking volume of overdoses in the last three months I wonder if it will change that too.