On the eve of healing walks planned for Chantel Moore, Rodney Levi was killed by police. 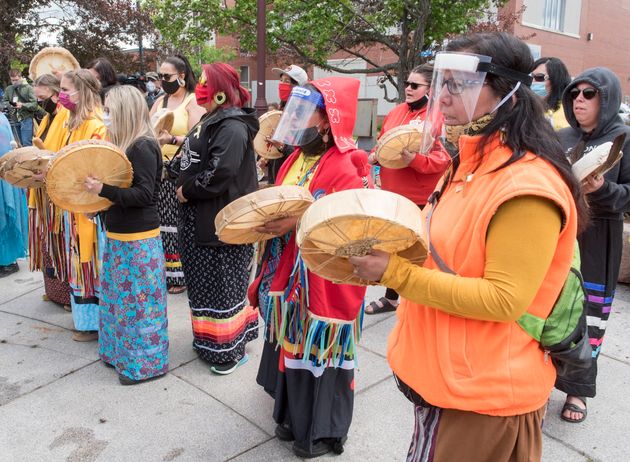 Large crowds came together across New Brunswick for healing walks in honour of two Indigenous people who were shot and killed by police in the province within the last two weeks.

Chantel Moore, 26, was shot by police at her home in Edmundston, N.B. where they were called to perform a “wellness check” on June 4. Moore had recently moved to Edmundston from B.C.’s Tla-o-qui-aht First Nation. Rodney Levi, 48, who was from Metepenagiag Mi’kmaq Nation, was shot by RCMP on Friday night.

“This is a broken system, it’s not working,” said Jeremy Dutcher, a Juno Award-winning musician and Wolastoqiyik member of the Tobique First Nation, who joined a walk in Fredericton.

“I want to know from our premier what he thinks is going on,” Dutcher told HuffPost Canada. “Why does he think since the start of the COVID-19 pandemic, there have been more Indigenous people killed by police officers than have been killed by the virus [in New Brunswick]?”

Moore’s family led the walk in Edmundston and spoke to a crowd of about 100 people at the town square on Saturday morning, calling for a full public inquiry into Moore’s death, CBC News reported.

Unlike a protest or demonstration, a healing walk highlights a spiritual focus and incorporates specific Indigenous traditions like sacred drums and ceremonial clothing. Walks were also held in Moncton and Halifax. Many participants wore gold and yellow in honour of Moore, who liked to say ‘Stay Golden!’

“We don’t have the word ‘protest’ in our language,” Imelda Perley, an instructor at the Mi’kmaq-Wolastoqey Centre at the University of New Brunswick told CBC. Perley wrote the protocol for the healing walk, which also called for participants to practise social distancing and wear masks.

This afternoon I went to the Healing Walk for Chantel Moore, the woman who was killed by an Edmundston police officer on June 4.

There was a big turnout and everyone was respectful and peaceful. 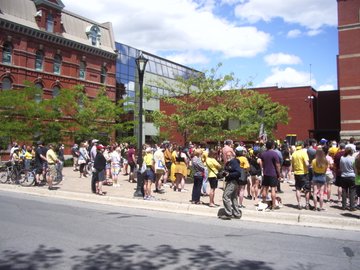 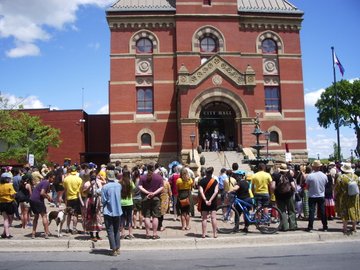 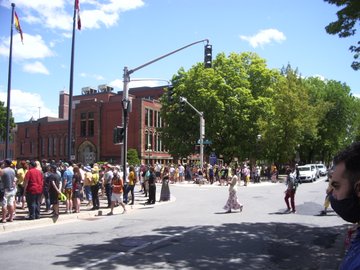 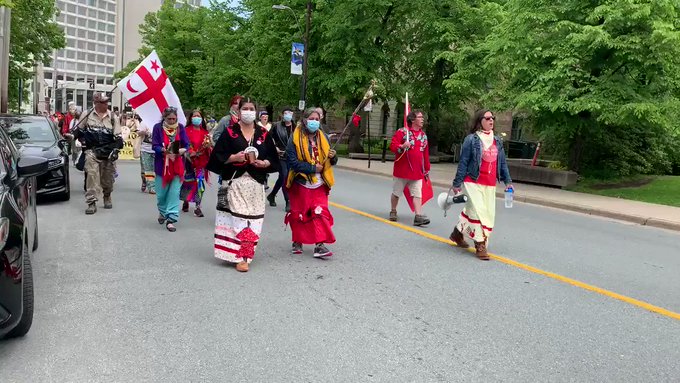 The circumstances around the deaths of both Moore and Levi are being investigated by the Bureau des enquêtes indépendantes (BEI), an independent police watchdog based in Quebec that was called in because New Brunswick does not have an independent body that investigates police misconduct.

In 2019, CBC News reported that out of 126 investigation the BEI conducted, zero criminal charges were laid.

... what it says is that if you’re mentally ill and you have a bad day, the cops can kill you for it.Chief Bill Ward, Metepenagiag Mi’kmaq Nation

Chief Bill Ward of the Metepenagiag Mi’kmaq Nation said Levi was a slight man who tried to get a mental health assessment at hospital recently, but was refused. Ward said Levi had trouble sleeping in the days before the RCMP shooting.

“He had his demons but he was always very friendly, he never tried to harm anybody,” Ward said during an emotional Facebook event on Saturday.

The RCMP were called to a home after Levi attended a barbecue, where he had planned to seek guidance from a church minister.

Ward said police told him that Levi had two knives in his sweater and threatened officers.

“He wasn’t in the right state of mind at that point of time. He wasn’t a violent person, so basically to me what it says is that if you’re mentally ill and you have a bad day, the cops can kill you for it,” said Ward.

This week, video was released of an Alberta RCMP arrest of Athabasca Chipewyan First Nation Chief Alllan Adam over alleged expired licence plates. It shows an officer punching and tackling the Indigenous leader.

Allan’s case spurred concern from Prime Minister Justin Trudeau, but was also followed by statements from two top RCMP officers, who said they don’t believe their police force has a problem with systemic racism.

Both Commissioner Brenda Lucki and Deputy Commissioner Curtis Zablocki retracted their statements after criticism. Zablocki changed his opinion after some research and “Googling it,” he said.

“I did acknowledge that we, like others, have racism in our organization, but I did not say definitively that systemic racism exists in the RCMP,” Lucki said. “I should have.”

“As many have said, I do know that systemic racism is part of every institution, the RCMP included. Throughout our history and today, we have not always treated racialized and Indigenous people fairly.”

“Well, isn’t that nice that you had the chance to Google it instead of experiencing it.”

“And it’s not owned by any government in any country. Systemic racism is something that has to be addressed by the community itself, and in this case it’s New Brunswick. Racism exists in all peoples. Racism is about judging people. When (you) walk down the streets and you see someone you don’t like, you judge their clothing, the colour of their skin …. that’s racism.”

Like those who have taken to demonstrating, Dutcher said he’s trying to use his social platform to demand justice for the Indigenous lives taken by New Brunswick police. Along with Moore’s family, he said many community members are calling for a public inquiry and police reform.

“This is a time of monumental change in this country and across North America — trust and believe that these struggles are connected,” said Dutcher.

He said while Black and Indigenous experiences aren’t necessarily the same, in Canada or the U.S., these communities are connected by the forces that oppress them, rather than serve and protect them.

“That connection I hope can be made clear,” he said. “We can move in solidarity with our Black brothers and sisters, because we’re tired —  enough is enough.”

With files from The Canadian Press