Peaceful protest is latest in series of nationwide demonstrations 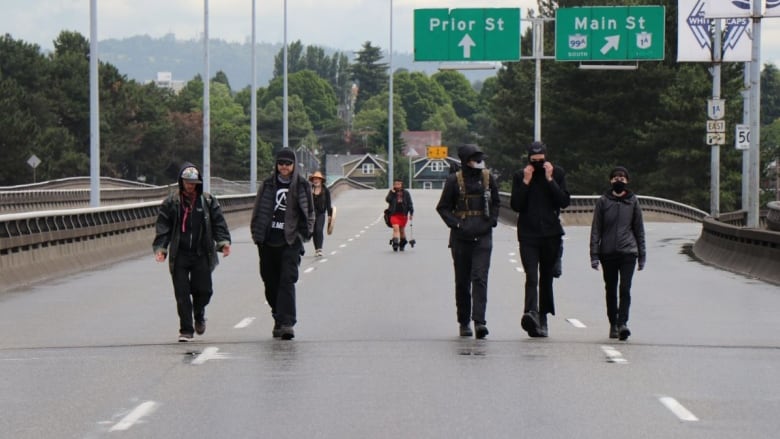 Anti-racism protesters walk along the Georgia and Dunsmuir viaducts on Saturday. (Cory Correia)

Anti-racism protesters lined up along the east and west ends of the Georgia and Dunsmuir viaducts early Saturday morning for a rally in support of Black Lives Matter and defunding police forces.

The protesters declined to comment to CBC News, but said the protest was peaceful, and held signs with slogans like “Care Not Cops,” “Support Black Trans Women,” and “Defund VPD.”

Vancouver police said in a written statement it is coordinating traffic around the disruption and would provide updates on its social media feeds.

The demonstration, which began around 7 a.m. Saturday, is the latest effort to protest anti-Black racism in the United States and Canada, and to demand defunding and reform of police departments.

Vancouver’s Georgia and Dunsmuir Street viaducts remain deserted as anti-racism and anti-police protestors have blocked access to the roadways since 7 am Saturday morning. 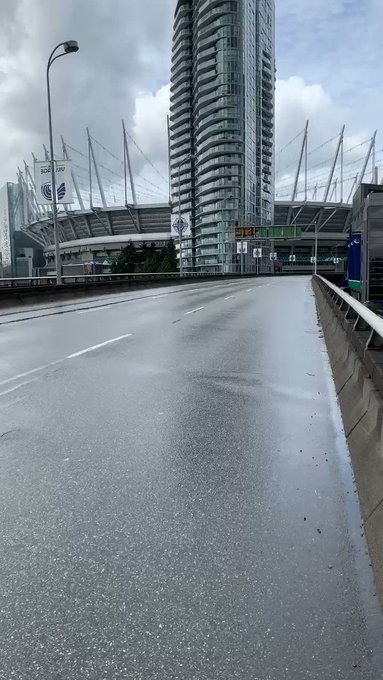 A protest in Vancouver earlier in June drew a crowd of thousands, who gathered to highlight that racism and police brutality aren’t just American problems.

Thousands have also demonstrated in other Canadian cities, including Victoria, Toronto, and Montreal.

Since the death of George Floyd in police custody in the U.S., police in North America have been facing greater scrutiny of their treatment of minorities and use of violence.

RCMP Commissioner Brenda Lucki said on Friday that she believes systemic racism exists in the police force she leads — after telling several media outlets this week that she was “struggling” to define the term.

The area the viaducts occupy has historic significance to the city’s Black community. The area —  centred between Prior and Union and Main and Jackson — was known as Hogan’s Alley.

Starting in the 1920s, it was a cultural hub for Vancouver’s Black community, anchored by local businesses and the African Methodist Episcopal Fountain Chapel.

In the late 1960s, the neighbourhood’s buildings were torn down for the development of an interurban freeway. The freeway was later dropped, but not until after the construction of the Georgia Street viaduct.

Michelle Ghoussoub is a journalist with CBC News in Vancouver. She has previously reported in Lebanon and Chile. Reach her at michelle.ghoussoub@cbc.ca or on Twitter @MichelleGhsoub. With files from Cory Correia