Austin City Council and CapMetro Board approved the final version of the transit expansion plan during a joint session. 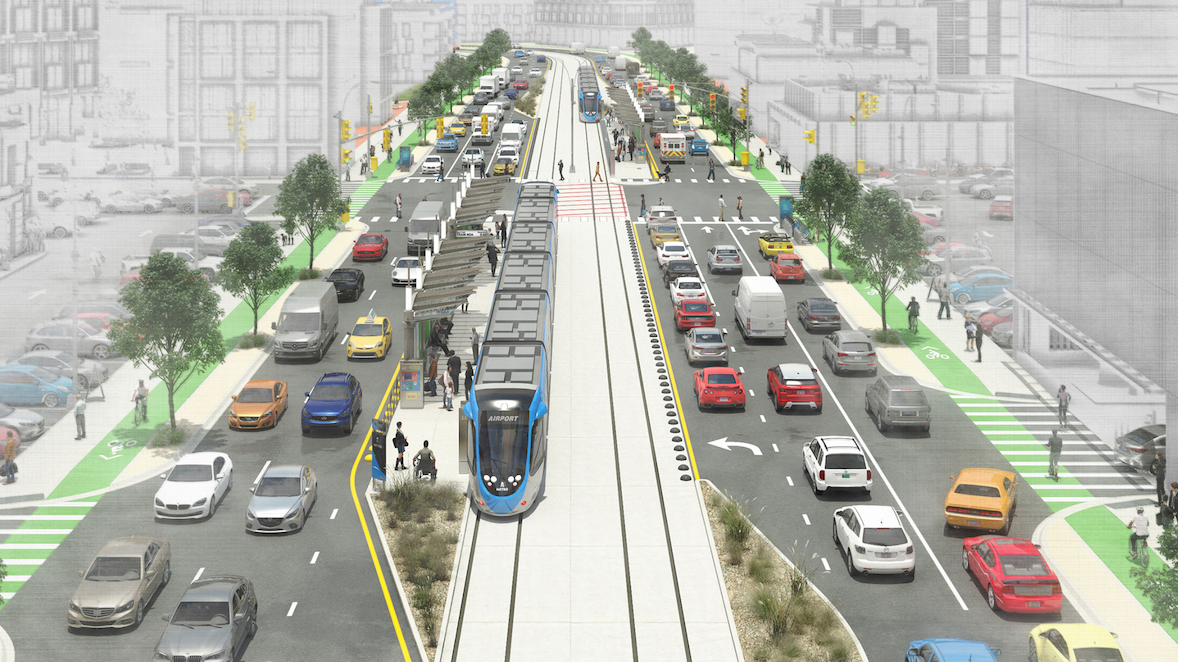 A rendering of future light-rail alignment that is part of Project Connect.
CapMetro

The Austin City Council and Capital Metropolitan Transportation Authority (CapMetro) Board approved the final version of the Project Connect Recommended System Plan during a joint session on June 10. The plan includes multiple locally preferred alternatives and its approval means the program will now proceed with discussions on investments this summer, leading to a transit referendum for voters in the November election.

CapMetro calls Project Connect a bold plan for a high-capacity, regionally connected system that is designed to help ease congestion, reduce carbon emissions and provide equitable transportation options for every resident. The expanded transit system is designed to offer more access to opportunity for education, health care and jobs.

The approved plan includes four new rail lines, 15 new fast and frequent bus routes, additional stations and frequency on the Red Line, 24 new Park & Rides and the transition to a zero-emissions fleet. A key component of the plan is an innovative downtown transit tunnel, which will separate transit services from street traffic, enabling faster, safer and more reliable travel.

“With Austin’s population expected to double by 2040, Project Connect is the right plan for a public transportation system capable of responding to that growth,” said CapMetro Board Chair Wade Cooper. “Getting final approval on the plan is a major milestone as we move forward on realizing this bold vision for Austin’s future. We’re proud to have worked closely with the community to ensure Project Connect has a positive impact on our future.”

“Now more than ever, Austin needs a transformative mobility plan and we finally have one – created and embraced by our entire community,” said Austin Mayor Steve Adler. “This comprehensive transit system will make our city more equitable while helping us fight climate change and ease congestion.”

Project Connect would help jumpstart the region’s economic recovery by providing a clear investment return and jobs. Economic benefits include:

In August, the city of Austin and CapMetro could take action towards the creation of a joint oversight board – Austin Transit Partnership – that would administer federal and local funding and be responsible for the construction and implementation of Project Connect.