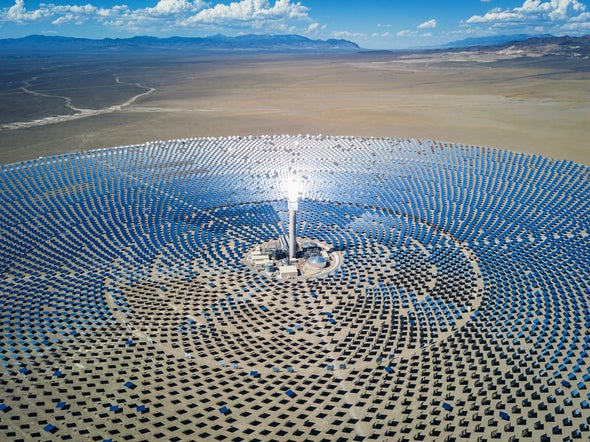 Most clean energy technologies and sectors worldwide are not advancing enough to meet the temperature goals set by the 2015 Paris climate agreement, according to a new analysis.

Of 46 clean energy categories that the International Energy Agency sees as crucial for minimizing the impacts of climate change, only six are “on track” to meet the target of preventing global average temperatures from rising 2 degrees Celsius or more, according to IEA’s “Tracking Clean Energy Progress” report released this week.

“[This report] is really trying to figure out which ones are doing their share to get us to the clean energy future that’s been agreed to in the Paris Agreement,” Turk said.

Improvements in renewable energy generation and energy efficiency encompass about 80% of the work needed to reach the SDS goals, Turk said.

“In order to get to a full, more robust, economywide energy transition, you need a variety of technologies and a variety of solutions,” he said.

One category classified as not meeting SDS goals is concentrating solar power. In 2019, CSP generation worldwide grew by 34%, surpassing IEA’s annual goal of average growth in the sector of nearly 24% through 2030.

But the overall trend from the last decade suggests that IEA’s SDS goals for 2025 and 2030 are still far out of reach, the report said. Between 2019 and 2025, global CSP generation would need to more than triple to meet the technology’s SDS goal, according to the report.

“It’s just not enough to get us where we need to go each year,” Turk said.

In 2019, Israel, China and South Korea contributed the most to CSP’s growth, while China, Morocco and South Africa are expected to expand their capacity significantly this decade, the report said. In the United States, however, CSP is one of many clean energy technologies whose potential has not been fully harnessed, said Gregory Wetstone, president and CEO of the American Council on Renewable Energy.

Only two large-scale CCUS power projects are currently operational—the Petra Nova project in Texas and the Boundary Dam project in Canada—with a combined capture capacity of 2.4 million tons of CO2 annually. That’s behind the 310 million tons per year outlined under the group’s SDS by 2030, IEA said.

Fourteen CCUS power generation projects are in development worldwide. Combined with Petra Nova and Boundary Dam, there is a potential capture capacity of more than 36 million tons per year, IEA said.

To reach 310 million tons each year by 2030, CO2 capture rates and final investment decisions would have to increase substantially, however, the Paris-based agency said.

Despite some CCUS progress, the technology isn’t scaling up as quickly as it needs to to reach SDS decarbonization levels, Turk said. If emissions reductions don’t come from carbon capture, he said, then they’ll need to come from an additional technology or source.

“That’s why we stress, because the goals are so ambitious to reach, you need to have a variety of technology tools,” Turk said.

Guloren Turan, general manager of advocacy and communications at the Global CCS Institute, said that when it comes to the power industry, 310 million tons would require 200 to 250 power plants outfitted with carbon capture and storage to reach IEA’s goal. That number of plants is “certainly doable,” Turan said, but requires “significant supportive policies” to happen, including putting a price on carbon and frameworks to reduce the risk of projects.

However, Mahmoud Abouelnaga, a solutions fellow at the Center for Climate and Energy Solutions, said he did not think it’s still feasible to capture 310 million tons annually by 2030 from power generation. Assuming that all 14 CCUS power generation projects become active, that would only amount to 36 million tons per year, Abouelnaga said.

“Also, a realistic consideration of the lengthy process for CCUS project development would make it very hard to reach the 310 MtCO2 capture target by 2030,” Abouelnaga said in an email.

Factors like a lack of support policies, such as uncertainties around federal tax credits and monitoring geologic storage, have all contributed to a delayed “uptake” of CCUS projects, Abouelnaga said.

To meet SDS targets, approximately 2,000 CCS facilities will be needed by 2050, Turan said. With 59 facilities in various stages of development—21 of which are operational—a “scaling up of 100x is needed,” she said in an email.

“Many planned projects will face increased uncertainty and near-term investment challenges in the wake of the Covid-19 crisis,” the report said, even considering the 45Q tax credit meant to spur CCUS projects. “Almost half of the CCUS-equipped power projects in development plan to sell the captured CO2 for EOR [enhanced oil recovery], but the CO2 price is typically indexed to the oil price, which collapsed in 2020.”

Reprinted from Climatewire with permission from E&E News. E&E provides daily coverage of essential energy and environmental news at www.eenews.net.