The Ford government had capped compensation for public service workers before the pandemic. 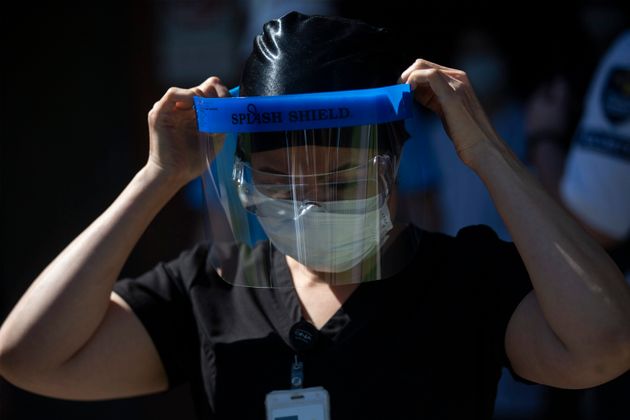 The Ontario Nurses Association (ONA) says a decision to increase their wages by only 1 per cent is “insulting and demeaning” given that nurses have been at the front lines of the province’s response to the COVID-19 pandemic.

Nurses have been in an almost year-long fight with the province for wage increases since Premier Doug Ford introduced Bill 124 in June 2019. The bill established a cap on wage increases for public sector workers in hospitals, schools and children’s aids societies among others.

The bill, which was passed in November 2019, puts this cap into effect for three years and impacts bargaining rights for wages, benefits and other forms of compensation.

On Wednesday, after an arbitration chaired by John Stout, the nurses and other health-care workers were informed they would only be “awarded” the 1 per cent increase.

“I don’t consider this an “award” – it is a legal decision that is binding by all parties,” said Vicki McKenna, ONA president in a statement. “Given that we are dealing with a global pandemic, the decision is all the more frustrating and mind-boggling.”

A message from ONA President Vicki McKenna: “On June 8, Arbitrator John Stout released the hospital ‘award’ to ONA and the OHA. Like most of you, I don’t consider this an “award” – it is a legal decision that is binding by all parties. Read: https://bit.ly/3cTQAzn 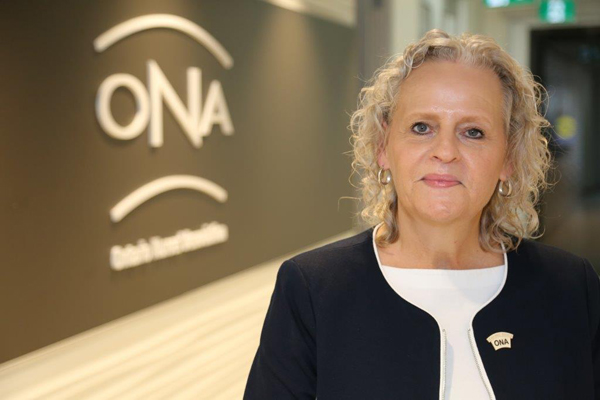 Stout, in his decision, explained that even in his role as an arbitrator, he was “constrained” by Bill 124, which doesn’t give him the option to decide if the bill is constitutionally valid or even in line with the province’s Human Rights Code.

The ONA has tried to push back legally against the bill, filing a charter challenge with other public service workers unions. But they haven’t heard back yet, and in the absence of a decision, Stout said he had to abide by the restrictions set out by Bill 124.

Several nurses have taken to social media to express their frustration, especially given that several other public sector jobs have received higher pay hikes after being exempted from the bill. The Ontario Provincial Police settled on a 2.15 per cent increase after their arbitration process, with a promised annual increase of 2 per cent. In Toronto, firefighters settled on 2 per cent with increases at or above 1 per cent over five years.

The ONA has warned that Bill 124 targets female-dominated professions and could worsen pay inequity between men and women. In 2019, 91 per cent of Canadian nurses were women.

“There is no question that this legislation seeks to hold back the wages of female-dominated professions,” McKenna told HuffPost Canada in an email. “No matter how much nurses receive praise and thanks, compensation has not followed for at least a decade.”

So #Ontario #nurses for the past 5 months were deemed “essential.” Called heroes. Fighting #COVID19 for the rest while ppl stay home. We just got a wage increase of… 1%. Our counterparts in police and fire got 2.25% and 2.65%.

Essential but not valued apparently. #onpoli

While Doug Ford has been praised for his handling of the pandemic, critics have pointed out that several of his government’s cuts enacted before the start of the COVID-19 pandemic left critical public services in bad shape to deal with the crisis.

“What this government did before the pandemic was cut funding to long-term care homes, to public health and stay silent while hospital-sector RNs were cut,” said McKenna. “ONA and many others spoke up – loudly – about the dangers of these actions.

This pandemic has shown us all just how right we were to be horrified by the cuts to vital services and vital care providers.”

Ontario’s Minister of Labour, Training and Skills Development, said in a statement to HuffPost Canada that the government is “taking decisive action” to recognize frontline workers through pandemic pay (which gives those who qualify an additional $4 per hour)

While nurses had been dealing with intense workloads and work health and safety issues, the ongoing COVID-19 pandemic put the situation into overdrive. Ontario nurses warned that the provincial health-care system is overwhelmed and have called for major reforms to the system since the pandemic started.

“We’ve had language in our collective agreement ever since SARS that talks about the need for personal protective equipment (PPE) to be readily available for the next problem to come up,” said DJ Sanderson, a vice-president at the ONA.

“It wasn’t there when we needed it and this put an unbelievable amount of stress on our frontline.”

The ministry did not address concerns about PPE shortages in Ontario when asked by HuffPost Canada.

Nurses and other front-line workers have been working through the pandemic at the risk of their own health. Many have been forced to live away from their families to prevent the spread of the virus. Some have died.

“It is difficult enough for nurses to go into work each day, at risk of contracting the coronavirus and bringing it home to their families, but Bill 124 is just rubbing salt in the wound,” said McKenna.

Sanderson said the ONA will continue to pursue their charter challenge against the bill.

“If they’re not willing to work with us, we have no choice but to rely on the courts,” he said. “It’s been really stressful and to see this award come out just shows the value of what he thinks of what he calls ’the backbone of the health care system.’”