‘Deaths are being caused by the same force … here to protect us. This is very troubling,’ MLA says 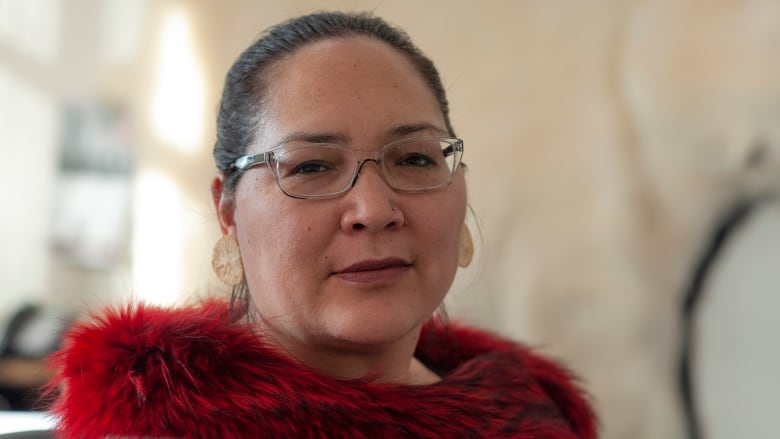 A growing number of Nunavut leaders are calling for a territory-wide systemic review of the RCMP after more than 30 cases have emerged involving allegations of police brutality, misconduct and insensitivity.

“Absolutely, I think it’s important that there be a review of the RCMP. I think that’s a healthy way of seeing where things are at,” said Aluki Kotierk, president of Nunavut Tunngavik Inc., the organization that represents Nunavut Inuit.

The Legal Services Board of Nunavut, the territory’s legal aid agency, sent two letters to the Civilian Review and Complaints Commission for the RCMP (CRCC) over the past year detailing those cases.

Many of the allegations against the RCMP come from Inuit women who complained to the board about the police response to domestic violence and sexual assault calls, as well as treatment in jail cells and degrading strip searches.

“Community members … have experienced this in countless ways, from a simple lack of cultural awareness and understanding … to outright racist comments, attitudes and actions.”

Six Nunavut MLAs have joined Kotierk and the legal services board in calling for the CRCC to conduct a full, systemic review of policing in the territory.

Kotierk said the language barrier between Inuit and a great majority of RCMP officers who work in Nunavut is a major issue — especially since officers sometimes must deliver life-altering and traumatic information.

The current relationship between Inuit and the RCMP is set in a particular historical context, Kotierk said.

RCMP acted on behalf of the Canadian government’s efforts to colonize Inuit through actions such as forced relocation, taking children to residential schools and widespread sled-dog killings, she said.

It only makes sense, Kotierk said, to re-evaluate the role the Mounties ought to have in the North today.

“Because of those experiences that we have had with the RCMP, they’re not the first person that people think of to protect them, to protect the well-being of Inuit.”

CBC News reached out to all 11 regular MLAs in the territory via email, providing them with the board’s two letters.

Seven of the MLAs replied, six of whom said they support the call for the review. Gjoa Haven MLA Tony Akoak said he didn’t think it was appropriate to respond while the commission made its considerations.

David Qamaniq, who represents Tununiq, is one of the MLAs who agreed that Nunavut RCMP need a systemic review. He attended the 2018 inquest into the fatal police shooting of his 20-year-old son in Pond Inlet. The jury of that inquest concluded the death was a homicide, and the Qamaniq family is now suing the RCMP for cultural bias and lack of training.

“I strongly support [the board’s] call on the RCMP commission for a public review into policing services in Nunavut,” said Qamaniq, who has advocated that officers be equipped with body cameras.

Iqaluit-Manirajak MLA Adam Arreak Lightstone pointed out that the board’s letters cite a number of cases where Crown prosecutors stayed charges because of “egregious conduct of the police.”

“It is tragic to think that acts of police misconduct result in failures in the criminal justice system. This is clearly something that needs to be brought to light,” he said in an email to CBC News.

“The social conditions and challenges faced by women in Nunavut are huge — and a properly trained, empathetic, culturally aware and transparent police force is something that could help change things for the better,” Main told CBC.

Towtongie said RCMP should work with and consult the family of those in distress in order to de-escalate situations.

“We Inuit are filling the jails. Deaths are being caused by the same force that are here to protect us. This is very troubling,” Towtongie said in an email.

Territory should step in if CRCC doesn’t: leaders

If the commission does not initiate a systemic review of policing in the territory, the Nunavut government could, experts in police oversight told CBC News.

Ultimately, it is the territory that is responsible for providing policing services, which officials have contracted the Mounties to provide.

Kotierk and all six of the MLAs in favour of the review who spoke to CBC News said they support the Nunavut government initiating a review if the CRCC does not.

Arreak Lightstone went one step further, citing a lack of transparency in reports on investigations done by and into local RCMP, which are not made fully public.

“I support the formation of a Nunavut police oversight body to ensure that all Nunavummiut are knowledgeable of and confident in the police complaints process,” he said in an email.

Thomas Rohner is a reporter based in Iqaluit, where he’s lived for nearly six years. His special interests as a journalist include the criminal justice system and investigative reporting.