The influential French thinker explains the politics of the Gaia principle, the problems of post-truth and how coronavirus gives us a model for spreading ideas 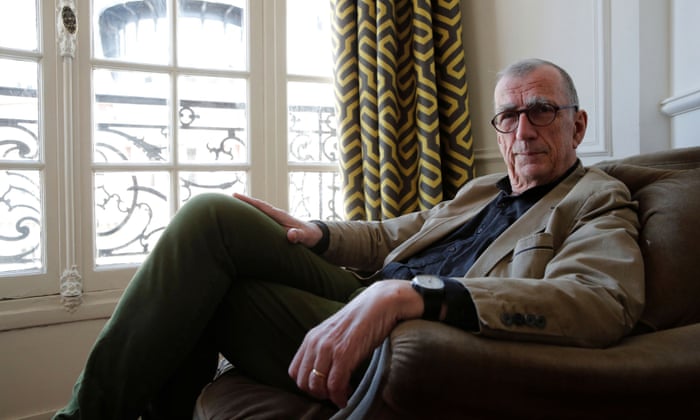 ‘The lockdown forced everyone into a kind of retreat, a moment for reflection’: Bruno Latour at his home in Paris. Photograph: Benoît Tessier/Reuters

In the early days of the lockdown, philosopher Bruno Latour wrote an essay for the AOC cultural online newspaper. “The first lesson the coronavirus has taught us,” he wrote, “is also the most astounding: we have actually proven that it is possible, in a few weeks, to put an economic system on hold everywhere in the world…” That essay, translated since into at least 12 languages, has encouraged many to reimagine how different the world could look if we learned from this experience. It has also solidified the reputation of the Paris Institute of Political Studies (Sciences Po) emeritus professor as one of the most influential thinkers of our age.

How has the pandemic reshaped our societies?
Some say this is the revenge of nature. That is silly. Anyone who has studied the history of medicine knows how a virus can make a society feel completely different. We are on a great learning curve. It’s a huge experiment. This is a global catastrophe that has come not from the outside like a war or an earthquake, but from within. Viruses are completely inside us. We cannot completely eject them. We must learn to live with them.

At the beginning of the pandemic, you suggested everyone ask themselves what they would like to keep from the lockdown, what they would like to change. Those questions are now being asked all over the world. Has the interest surprised you?
Even if you were not a spiritual person, the lockdown forced everyone into a kind of retreat, a moment for reflection. It was quite extraordinary. The questions were therapeutic. They gave people powerlessly stuck at home a way of thinking about how they would create a better future.

Can an idea go viral like a disease?
Covid has given us a model of contamination. It has shown how quickly something can become global just by going from one mouth to another. That’s an incredible demonstration of network theory. I’ve been trying to persuade sociologists of this for 40 years. I’m sorry to have been so right. It shows that we must not think of the personal and the collective as two distinct levels. The big climate questions can make individuals feel small and impotent. But the virus gives us a lesson. If you spread from one mouth to another, you can viralise the world very fast. That knowledge can re-empower us.

Many countries are now easing out of lockdown. What can we expect to emerge from this period of reflection?
The pandemic has reopened the debate about what is necessary and what is possible. It has put us in a position where we can decide what is useful and what is not. That choice disappeared before. Everything seemed relentless like a tsunami. Now we realise it was not. We can see things are reversible. We can see which jobs are necessary and which are junk. How long that will last, I don’t know. We might have forgotten everything in three months. That depends on how hard the economic crisis becomes. I am overwhelmed by the size of the economic problem, from what I hear from my students.

To put your own question back to you, what would you change?
What we need is not only to modify the system of production but to get out of it altogether. We should remember that this idea of framing everything in terms of the economy is a new thing in human history. The pandemic has shown us the economy is a very narrow and limited way of organising life and deciding who is important and who is not important. If I could change one thing, it would be to get out of the system of production and instead build a political ecology.

Has the pandemic response made you more or less optimistic about humanity’s ability to tackle the climate and nature crisis?
The bad guys are better organised and clearer in knowing what they want. The war we are engaged in is a difficult one. It is not that we are powerless; it is that many of us don’t know how to react.

We cannot endlessly extract resources and discard our waste. In the critical zone, we must maintain what we have

In your latest art collaboration at ZKM Center for Art and Media in Karlsruhe, Germany, you define the scope of human existence as the “critical zone”, a narrow band of Earth that can support life. What is the purpose of this approach?
It is a redefinition of our landscape. The idea of the “critical zone” is useful because it gets you out of nature. Nature is very big. It covers everything from the big bang to microbes. Conceptually, that makes it a complete mess. The critical zone is limited. It is just a few kilometres thick – above and below the surface of the Earth. But all discovered life is within it. This brings us inside in a way that nature does not. It is very different from the way of thinking that makes people such as Elon Musk think they should go on a mission to Mars. That is escapist. But when you think in terms of a critical zone, you are locked in, you cannot escape. What does it mean for politics if we are locked in and not in the infinite cosmology opened by Galileo? It means we cannot behave in the same way. It means we cannot just endlessly extract resources and discard our waste. In the critical zone, we must maintain what we have because it is finite, it’s local, it’s at risk and it’s the object of conflict.

This seems to add a political edge to James Lovelock’s Gaia hypothesis, which explains how “Life” acts to maintain habitable conditions for itself. You have long been a champion of this theory…
Lovelock locked us in! While Galileo used a telescope to reveal that the Earth is part of an infinite universe, Lovelock used his electron capture detector to reveal that the Earth is completely different from any other planet because it has life. He and [Lynn] Margulis spotted Gaia. Lovelock from space, taking the question as globally as possible; Margulis from bacteria, taking the question from the other end, both realising that Life, capital L, has managed to engineer its own conditions of existence. For me that is the greatest discovery of this period, though it is still not very much accepted by mainstream science. This may be because we do not yet have the tools to receive it.

Why do you think scientists are still wary?
That such an important concept is still so marginal in the history of science is extraordinary. I have done everything I can to make it accepted. But scientists are reflexively cautious. The cosmological shift from Aristotle to Galileo is the same as that from Galileo to Gaia. With Galileo, our understanding moved outwards to an infinite universe. Grasping that took a century and a half and faced resistance. Gaia is not just one more concept. It is not just about physics and energy. It is Life.

Your work has often challenged the objective, God’s-eye view of science. You argue convincingly that humanity cannot be so detached. But the political right have twisted this approach to undermine all expert knowledge on the climate and nature crises. Any regrets?
A critique of how science is produced is very different from the post-truth argument that there are alternative truths that you can choose from. Post-truth is a defensive posture. If you have to defend yourself against climate change, economic change, coronavirus change, then you grab at any alternative. If those alternatives are fed to you by thousands of fake news farms in Siberia, they are hard to resist, especially if they look vaguely empirical. If you have enough of them and they are contradictory enough, they allow you to stick to your old beliefs. But this should not be confused with rational scepticism.

Has the Covid-19 crisis affected our belief in science?
The virus has revealed the number of things you need to know to decide what is factual and what’s not. The public are learning a great deal about the difficulty of statistics, about experiment, about epidemiology. In everyday life, people are talking about degrees of confidence and margin of error. I think that’s good. If you want people to have some grasp of science, you must show how it is produced.