Income trusts, once a boost for fossil fuels, can help Canada make its energy shift. 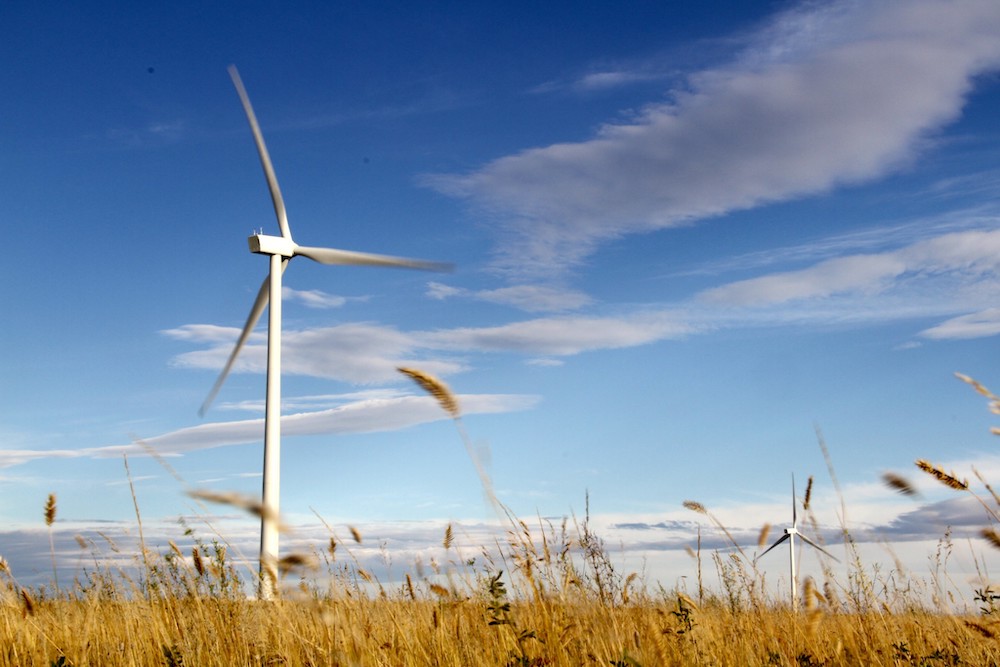 Tax breaks for investment in efforts to reduce emissions are easy to implement and effective. But Canada needs to act quickly. Photo from Green Energy Futures, Creative Commons licensed.

Canada has a great opportunity to accelerate its energy transition and create a thriving low-carbon economy.

These could range from hydrogen, geothermal, wind and solar to carbon capture and storage.

An added benefit would be to assist Alberta’s economic diversification and build on the province’s strengths at a time when oil hasn’t even been worth the barrel it’s sitting in.

Time is not on Canada’s side. Other North American jurisdictions are well ahead of us. Can Canada catch up?

Although income trusts were used by many industries in the early 2000s, they were particularly vital for the capital-intensive energy sector. They worked by minimizing corporate taxes.

Each income trust was structured so that a corporation’s business income was paid to the trust, mainly in the form of tax-deductible interest payments. The cash was then distributed to the trust’s unit-holders, reducing the underlying corporation’s taxes to zero and maximizing investor payouts.

This arrangement was eliminated in what has become known as the Halloween Massacre. The federal government announced on Oct. 31, 2006, that all income trusts would be taxed at rates similar to corporations.

Investors in energy trusts were particularly hard hit, with income trusts losing 17.9 per cent in value over the next 10 days.

Bring back the trusts — but just for low-carbon initiatives

It would not require direct infusions of cash at a time when the government faces expensive demands for bailouts, instead relying on market forces to achieve its goals.

These tax breaks would be amply returned through the development of new companies and industries, based on existing technologies, creating new sources of tax revenue. The need for this measure could be reassessed after 30 years, or when Canada achieves a net-zero carbon economy, ensuring the long-term stability needed to attract private investment. In the short term, temporary measures will not do the trick.

Green income trusts could be particularly useful in helping spark the birth of a hydrogen industry in Alberta that could potentially promote new, low-carbon uses for the province’s vast oil and gas reserves, unlocking major competitive advantages for the province in North American and world markets.

Early-stage companies, such as Calgary-based Proton Technologies, are already working on commercializing such technology. Even a big oil company like Shell Canada, as part of its Quest commercial-scale pilot project near Edmonton, is using large-scale carbon capture and storage to produce hydrogen from natural gas without CO2 emissions.

It will likely take at least five years to bring new clean, renewable and carbon-capture technologies to a sound commercial footing. The exceptions are wind and solar, which are already profitable. However, federal changes to tax policy must take place now in order to encourage forward-looking investors to finance loss-making ventures with the intention of selling or converting the businesses to income trusts once they become profitable.

But they have only added to an ongoing existential crisis as the world slowly transitions to a low-carbon economy — a move driven by everything from anti-pipeline protests impelled by the need to limit climate change to the refusal of large international insurance companies to cover oilsands projects.

The continued viability of oil and gas development in Canada is becoming an open question, not least because of the increasing importance of environmental, social and governance factors in influencing financing decisions.

The recent decision by the Norwegian sovereign wealth fund to divest from Canadian oil sands companies is just the beginning. Going forward, attracting capital will become more and more difficult.

Tapping the skills of Alberta workers

Besides its energy riches, Alberta has a deep reservoir of talent and expertise created by decades of large-scale oil and gas developments. Why not put these skills to new uses, potentially creating new industries within the energy sector and slowly easing the province away from the traditional oil-and-gas rollercoaster?

The recent alliance between unemployed oil well drillers and Clean Energy Canada to explore drilling for geothermal energy suggests that such workers do not see oil and gas as an implacable foe of clean and renewable energy.

Can Canada catch up?

It can indeed, if federal encouragement of private investment in green energy takes place now. The research behind income trusts shows that they helped to increase investments in oil and gas before the Halloween Massacre of 2006. The same formula could work again, but this time targeted towards low-carbon technologies.

Yrjo Koskinen is a finance professor and associate dean of research at the University of Calgary. J. Ari Pandes is an associate professor of finance at the university and Nga Nguyen is a PhD candidate in finance.

Alberta Can Transition from Oil and Gas and Have a Strong Economy. Here’s How