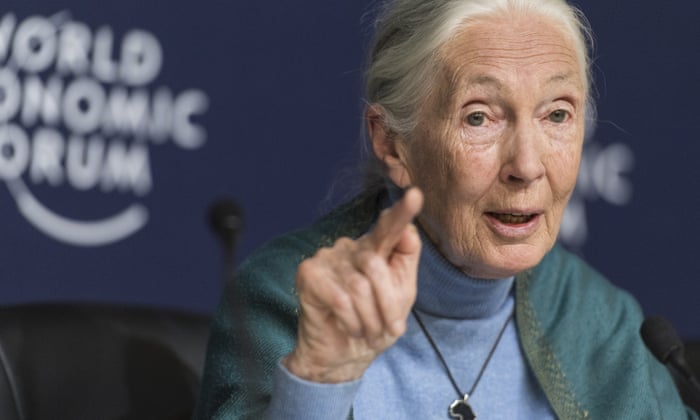 Jane Goodall has blamed the Covid-19 pandemic on the exploitation of the natural world. Photograph: Alessandro della Valle/AP

Humanity will be “finished” if we fail to drastically change our food systems in response to the coronavirus pandemic and the climate crisis, the prominent naturalist Jane Goodall has warned.

She blamed the emergence of Covid-19 on the over-exploitation of the natural world, which has seen forests cut down, species made extinct and natural habitats destroyed. The coronavirus is thought to have made the jump from animals to humans late last year, possibly originating in a meat market in Wuhan, China.

Intensive farming was also creating a reservoir of animal diseases that would spill over and hurt human society, said Goodall, one of the world’s foremost experts on chimpanzees and a longtime conservation campaigner, speaking alongside two European commissioners at an online event held by the campaigning group Compassion in World Farming, on Tuesday. 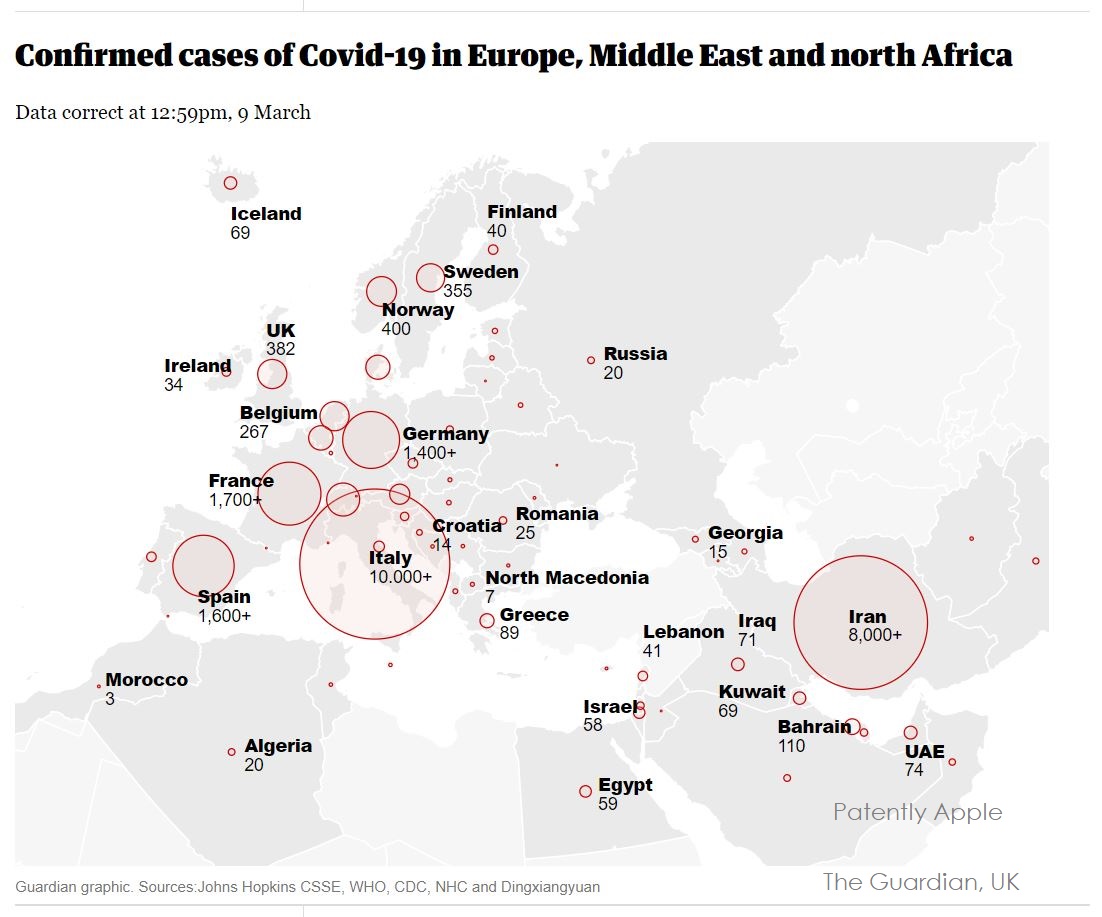 People must move away from factory farming and stop destroying natural habitats as a matter of urgency, she said, because of the threat of diseases and of climate breakdown. Factory farming is linked to the rise of antibiotic resistant superbugs, which threaten human health.

“If we do not do things differently, we are finished,” she said. “We can’t go on very much longer like this.”

She called for people to be lifted out of poverty, pointing to its strong impact on the natural world, as people with no alternatives and who are desperate to feed their families will cut down forests to survive, and in urban areas will choose the cheapest food whatever the harm caused by its production, because they have little other choice.

War and violence also fuelled the destruction of nature, she warned, and so did our overweening consumerism and urge for “stuff that we accumulate”, as well as our diets.

The wealthy should put pressure on leaders and take care over what they buy to avoid adding to the problem, she said. “We have got to stop buying their products,” she said, of companies that use factory farming and exploit nature.

“We have come to a turning point in our relationship with the natural world,” she warned, saying there was only a small window of opportunity to make drastic changes before facing disaster. “One of the lessons learnt from this crisis is that we must change our ways. Scientists warn that to avoid future crises, we must drastically change our diets and move to plant-rich foods. For the sake of the animals, planet and the health of our children.”

Stella Kyriakides, the EU’s commissioner for health and food safety, said the EU was responding to concerns through its newly unveiled agriculture and biodiversity strategies and the European Green Deal. These strategies would cut the use of pesticides and encourage biodiversity, she said.


“Highly intensive farming systems have created an abundance of food but in Europe, at least, there is also significant waste and at times animal suffering,” she told the conference. “These phenomena deeply worry me. The parts that don’t work are ethically questionable and socially and environmentally unacceptable. Our citizens expect more and we will deliver a better balance to ensure farming practices are sustainable and food is affordable.”

Janusz Wojciechowski, commissioner for agriculture, added: “We will constantly support sustainable farming and breeding practices as an alternative to intensive industrial farming.”

Concern about the links between coronavirus and the exploitation of the natural world is growing. Eighteen conservation groups have joined together in the Campaign to End Wildlife Trading, which is urging Boris Johnson to call for a global wildlife trade ban when the G20 leaders meet this November.

The groups say that such a ban is needed to end the exploitation of wildlife for traditional medicine, exotic pets, tourism and other purposes. Currently, the trade in some endangered species is banned but still rife. It is one of the biggest forms of illegal trafficking in the world, after people and drugs. The legal trade is estimated to be worth $7bn to $23bn a year, according to the campaign.

Intensive farming’s links to disease outbreaks were examined by the FAIRR global investor network in a new report, which found that more than 70% of the biggest meat, fish and dairy producers were in danger of fostering future zoonotic pandemics owing to lax safety standards, closely confined animals and the overuse of antibiotics.

Meat companies have been under pressure in the US, where the spread of Covid-19 has led to plant closures and disruption of the supply chain. In the longer term, according to FAIRR, the meat supply chain is likely to come under further pressure because of increased scrutiny and regulation needed to improve biosecurity.

Jeremy Coller, founder of FAIRR and CIO of Coller Capital, said: “Factory farming is both vulnerable to pandemics and guilty of creating them. It’s a self-sabotaging cycle that destroys value and risks lives. To avoid causing the next pandemic, the meat industry must tackle lax safety standards for food and workers alike, closely confined animals, and overused antibiotics. Covid could be the straw that breaks the meat industry’s back.”

One thought on “Jane Goodall: humanity is finished if it fails to adapt after Covid-19”