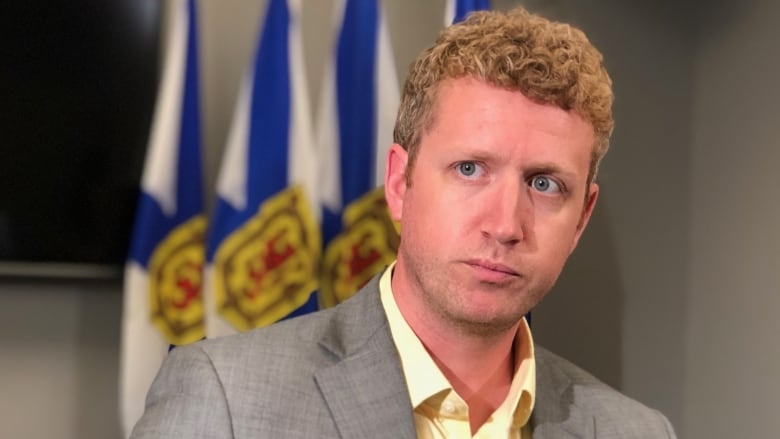 Lands and Forestry Minister Iain Rankin says some of the orders given by a Supreme Court justice to better protect at-risk species in Nova Scotia will be “challenging” to implement. (Craig Paisley/CBC)

In the wake of a Nova Scotia Supreme Court order to better protect at-risk species, Nova Scotia’s minister of lands and forestry said his department will do its best “to get the work done.”

Minister Iain Rankin said he was still reviewing the decision, released Friday, and wouldn’t say whether the province might appeal.

“I respect the court’s direction and I welcome the opportunity to keep that discussion going,” he said.

Rankin said much of the work ordered by Justice Christa Brothers last week is already underway.

Brothers said the minister had failed to live up to his duties under the Endangered Species Act in chronic and systemic ways, and specifically in the cases of six at-risk plant and animal species — the Canada warbler and eastern wood peewee, both songbirds; the black ash and ram’s head lady slipper, both plants; the wood turtle and the mainland moose.

The legislation requires the minister to appoint expert teams and to adopt recovery plans within one to three years of listing the species at-risk. Brothers found those deadlines had not been met.

“There’s no question the court sees it should be a higher priority, so I accept that and we’ll do our best to use the resources we have to get the work done,” said Rankin.

The province started filling in some of the gaps that the applicants — a group of environmental advocates — highlighted when they launched the case last January.

In her written decision, Brothers described that work as a “flurry of activity” initiated in an “inadequate and transparent attempt to correct its failures ex post facto.”

But Rankin said it wasn’t actually the judicial review that prompted the work. Rather, he said his department stepped up after the auditor general reported in 2016 that conservation efforts were lacking, and again after the 2018 Lahey Report on ecological forestry advised the province to better implement the Endangered Species Act.

Department says it has the resources

After accepting the findings of the Lahey report, Rankin said his department added two biologists to help with its obligations under the act. He said with those additions, the department should have the resources to handle the judge’s orders.

Rankin said his department has now appointed recovery teams for all the species named in the case, and recovery plans are “pretty well in place.”

The most challenging order to fulfil, Rankin said, would be identifying core habitat for mainland moose, because they have a “high level of mobility.”

Generally, Rankin said addressing biodiversity loss is a challenge, and one that isn’t unique to Nova Scotia.

“It’s no secret that we’re faced with that as a global emergency, not unlike climate change,” he said.

“So these issues are coming more and more to the forefront and I think it is our duty to take it more seriously and I think that’s what we’re gonna be engaged in with more urgency moving forward.”