‘Forests have gotten shorter and younger over the last 100 years,’ researcher says 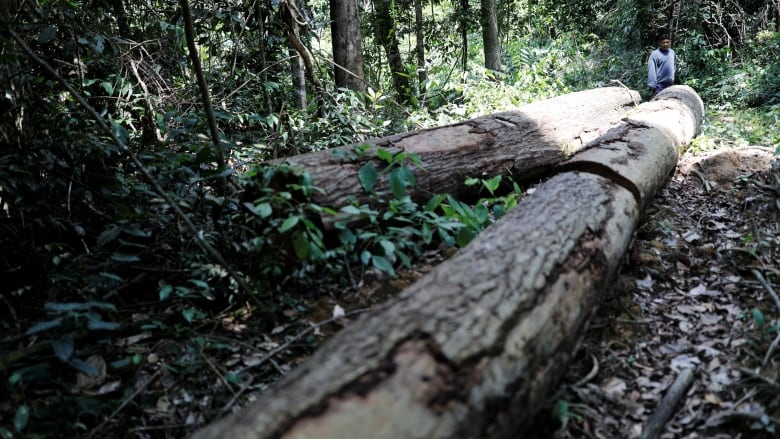 Deforestation, changes in land use, wildfires and other factors are leading to a dramatic decrease in the age and stature of the world’s forests, researchers say. (Nacho Doce/Reuters)

Illegal logging and the impacts of climate change are altering the world’s forests — making trees shorter and younger — and greatly reducing the amount of planet-warming emissions they can suck up and store, researchers warned on Thursday.

That will have big implications for efforts to meet the world’s climate goals and hold rising global temperatures to a safe level, scientists said.

A study led by the U.S. Department of Energy’s Pacific Northwest National Laboratory (PNNL), with experts from Britain’s University of Birmingham, analyzed forests over the last century and gave predictions for the coming decades.

It warned that deforestation, changes in land use, wildfires, droughts, wind damage, diseases and outbreaks of insects are increasing tree deaths, leading to a dramatic decrease in the age and stature of the world’s forests.

“Forests have gotten shorter and younger over the last 100 years,” said Tom Pugh, a researcher on the study and associate professor at the University of Birmingham.

“Forests take up an enormous amount of carbon from the atmosphere,” he said. The findings “indicate that this is likely to reduce in the future.”

Trees also absorb carbon dioxide, the main pollutant heating up the Earth’s climate, and store carbon, which they release when they are cut down, or when they are burned or rot.

Under the 2015 Paris Agreement, most world governments have pledged to keep global warming to “well below” 2 C above pre-industrial times and to strive for a lower limit of 1.5 C.

Tropical forests are huge reservoirs of carbon, storing 250 billion tonnes in their trees alone — an amount equivalent to 90 years of global fossil-fuel emissions at current levels, according to scientists.

Losses of such forests are making efforts to protect climate stability much harder, they said.

“In order to reach those temperature change targets, it would require even stronger reductions in emissions because the forests are taking up less. Therefore we either have to put less in the atmosphere or find a way to take it out,” Pugh said.

“It implies a hotter world,” he said.

Rising temperatures and carbon dioxide levels have been altering the world’s forests, with the potential for large shifts in the mix of tree and animal species that make up and live in forests, noted the study, due to be published on Friday in the journal Science.

That means forest conservation practices will need to change as well, Pugh said.

“There is a need for adaptive forest management, which takes into account … the climate we expect trees to be experiencing in the next decades, and making sure that the trees that are being planted take account of that,” he said.

The world’s old-growth forests have been particularly affected, with a continued reduction in the area and stature of old forests likely to continue globally.

“A future planet with fewer large, old forests will be very different than what we have grown accustomed to,” said Nate McDowell, a PNNL scientist and the study’s lead author.

Trees are Getting Shorter and Younger