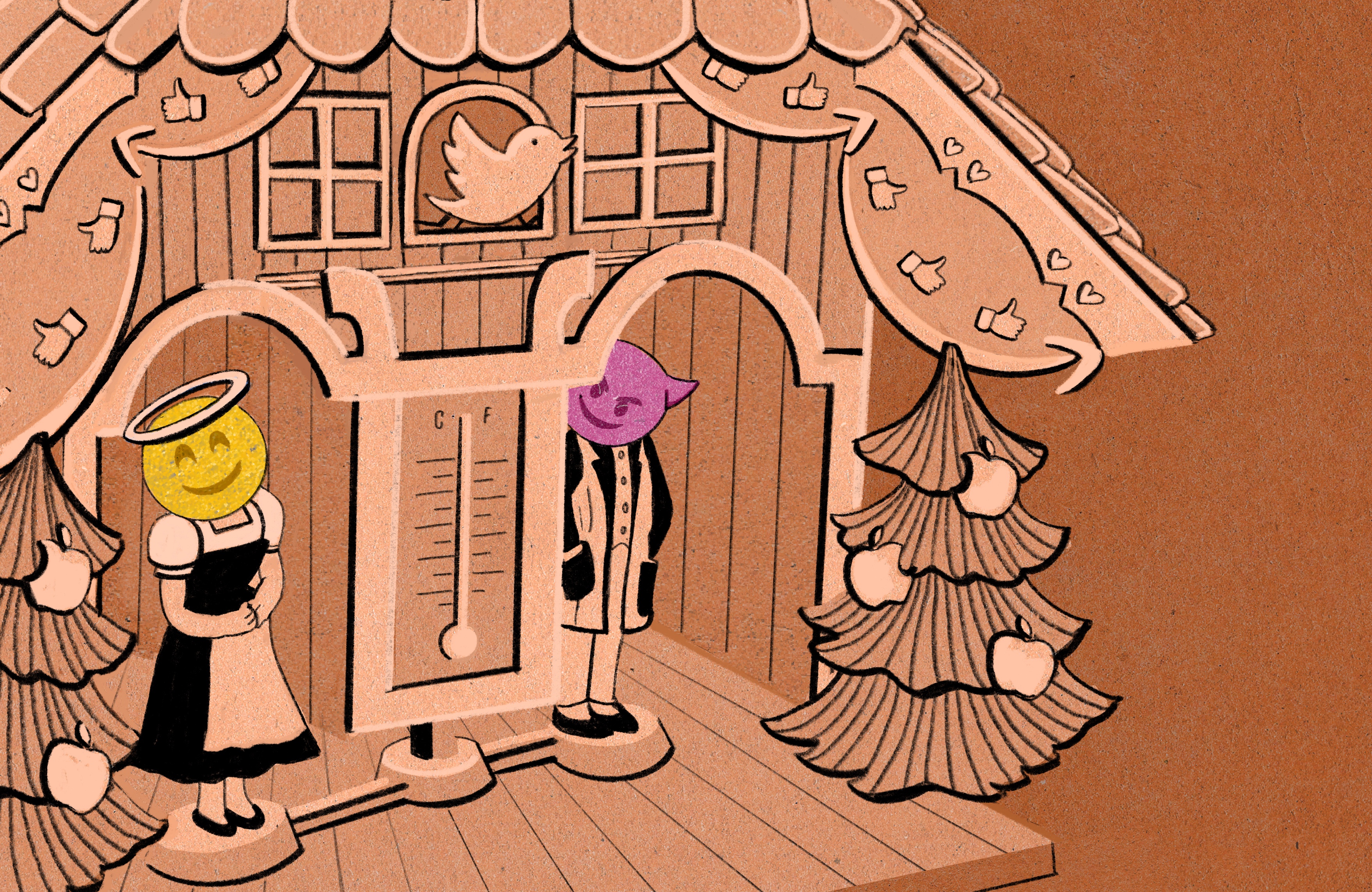 Our honeymoon with Big Tech ended in 2016. After countless affairs, Silicon Valley had lost its goodwill, and even politicians felt it was time to curb Big Tech. But corona brought the big turnaround. Big Tech uses this pandemic to tell us: we are the solution. Only technology can save you, leave it to us.

The Seven Plagues and the Promised Land: the opinion press seems to be a kind of updated Bible translation lately. The world is being scourged by crises of climate, energy, food, finance, information, democracy, inequality, it’s not quite a shortlist – and then we got the First of the New Pandemics. We sit there, face mask, above a disinfected newspaper, and read the sermon of the day about what this virus is actually trying to tell us. How to understand this cruel lesson, and how to save our lives if we are spared. There, at the horizon, in the Promised Land, beyond Covid and Corona, things will have to change.

New rules require a strong state, but after 40 years of a neoliberal diet, states are so thin they can’t make a fist

In 2008, during the credit crisis, we did exactly the same. It is now 2020, the financial industry is booming again, almost without reforms, and the gap between rich and poor is still growing steadily. The world emerges better from such a crisis, historians have long believed, it is a catalyst for progress. The two world wars led to more equality and democracy. But as the researchers Bas van Bavel and Marten Scheffer wrote in 2017 , this is not a law. What matters is that such a crisis leads to new rules. That didn’t happen after 2008, and if it doesn’t happen after Corona, “the shock will continue in the same way as after 2008, further increasing inequality,” Van Bavel recently said in Trouw.. Scheffer: “It doesn’t look good.”

New rules require a strong state, but after 40 years of a neoliberal diet, the states have become so thin that they can no longer make a fist, and the private sector has become so strong that it can easily take on state tasks. Turn that circle around. See how Big Tech is using this pandemic by presenting us with a new shock doctrine : we are the solution. Only technology can save you, leave it to us.

Our honeymoon came in 2016with Big Tech coming to an end. The scandals at Facebook, Cambridge Analytica, the widespread monopolism of Google and Amazon, the airbnb-ing of beautiful old city centers, the social Darwinism of the gig economy, the rise of fakenews and disinformation – suddenly Silicon Valley had lost its goodwill . It was time to curb Big Tech if we don’t want to drift into a data dictatorship. Mark Zuckerberg had to appear before the Senate and he came, not in his usual cheeky T-shirt, but in a suit with a white shirt and tie, as a juvenile delinquent who went to H&M with his lawyer before his trial. Fortunately, then came corona. We were sentenced to stay at home, and home, that’s where Silicon Valley prefers. At home, at the end of a fiber optic cable, with ourdevices.

On May 6, New York Governor Andrew Cuomo had a special guest during his daily corona briefing , appearing on a large video screen: Eric Schmidt, ex-CEO of Google. What used to be a dystopian chimera six months ago is now communis meningio: we can expect more pandemics, and in order to cope better with them, public life in the state of New York must be thoroughly digitized, Schmidt believes, and Cuomo had asked him to lead it.

A few days earlier, Cuomo had already announced a partnership with the Bill and Melinda Gates Foundation to make New York education ‘smarter’ . Smart has become a code word for ‘digitized’ – as if things automatically become ‘more intelligent’ when an integrated circuit is used with only a fraction of the human mind. For tech entrepreneurs, ‘smart’ also means: a process that we did not need until recently, but for which we have a cheaper and faster alternative. “Smart” as in: very wise that you leave this to us.

The state of California signed a large contract with Google to promote distance learning in the region. Prosecutors of various states have engaged Amazon to counteract price increases from face masks and other protective materials. Google and Apple announced a collaboration to make Android and iOS suitable for corona tracking and are now in talks with ‘ dozens ‘ of interested governments and health organizations, including the Netherlands.