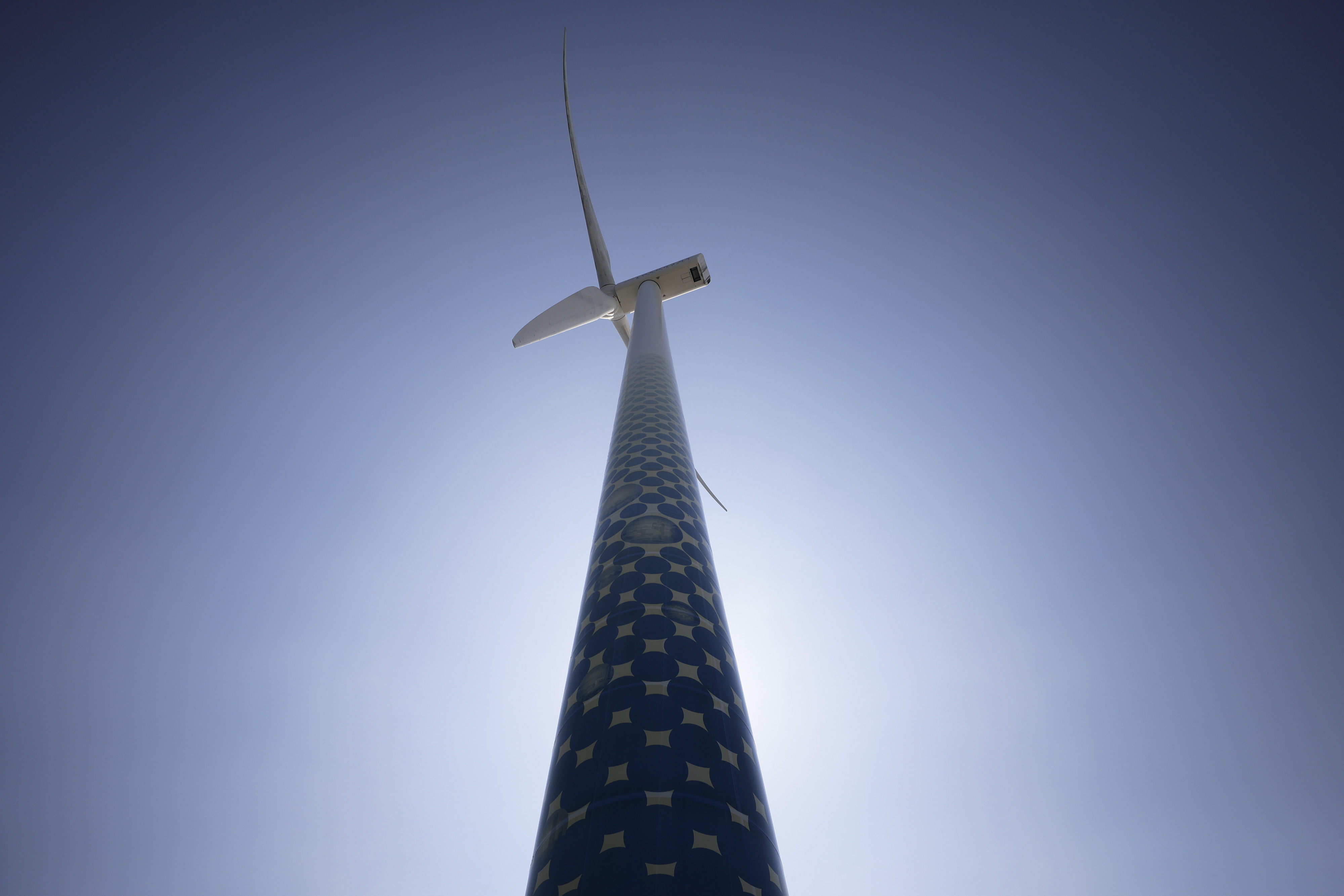 A wind turbine operates at a wind power plant during a demonstration of a hydrogen supply chain system in Yokohama, Japan. Photographer: Kiyoshi Ota/Bloomberg

Europe is betting on emissions-free electricity for big industry in its economic recovery package, drafting measures to scale up the production of hydrogen.

The world’s most climate-ambitious stimulus package to be unveiled on Wednesday is poised to earmark tens of billions of euros for hydrogen technology as well as infrastructure for clean energy.

European Commission President Ursula Von Der Leyen is set to build her coronavirus economic rescue plan around the Green Deal that aims for climate neutrality by 2050.

Hydrogen is emerging as a fuel of the future in a growing number of European countries, including the Netherlands, Germany and Portugal. The region is well positioned for it thanks to its natural gas infrastructure, which can be used to transport hydrogen. The European Union’s growing renewable energy output could also be used for emission-free production of the fuel.

“The goal of net-zero emissions in 2050 implies basically a full decarbonization of the economy,” Noe van Hulst, the hydrogen envoy for the Dutch government, said in an interview. “Clean hydrogen is an indispensable climate-neutral energy carrier, in addition to green electricity.”

The EU economic package will include a proposal for the bloc’s next trillion-euro budget for the years 2021-2027 and a “recovery instrument” of at least half-a-trillion euros designed to cushion the economic blow from the coronavirus outbreak.

It’s poised to be greener than most national bailouts, with many of the biggest member states stopping short of attaching sustainability conditions to public aid despite encouragement from the commission.

The EU proposal will be subject to unanimous approval by the EU’s 27 governments. With varying national interests, the strength of industries and the extent of reliance on fossil fuels, member states are set for negotiations that could take months to conclude.

Hydrogen currently accounts for less than 1% of Europe’s energy consumption and is mainly used as feedstock in the chemical sector. When burned, hydrogen leaves only water vapor and can produce ultra-high temperatures needed in industrial processes.

The catch is the cost. Most of the hydrogen used as fuel is derived by splitting it off from molecules of natural gas, which requires a good deal of energy and also produces carbon dioxide.

What’s changing is the development of electrolysis, the process of sending an electric current through water to split hydrogen atoms from oxygen. And if the electricity comes from renewables, the hydrogen is made without any greenhouse gases. Industrial gas maker Air Liquide SA, steelmaker ThyssenKrupp AG and the oil major Royal Dutch Shell Plc have some of the highest profile demonstration projects.

EU member states are already advancing plans and eying partnerships on hydrogen. The Netherlands has a production target of 500 megawatts of electrolysis capacity by 2025 and is planning to scale it up to 3,000-4,000 megawatts by 2030.

The German and Dutch governments have also started a joint feasibility study to produce green hydrogen from their offshore wind plants.

“This very important study has generated a lot of enthusiasm in Dutch and German industry,” van Hulst said. “We hope it will enable a strong bilateral relationship in developing an integrated northwest European green hydrogen market. We will see the results in the fall of 2020.”