With version of Canada’s equalization payments, EU would rescue Italy and Spain 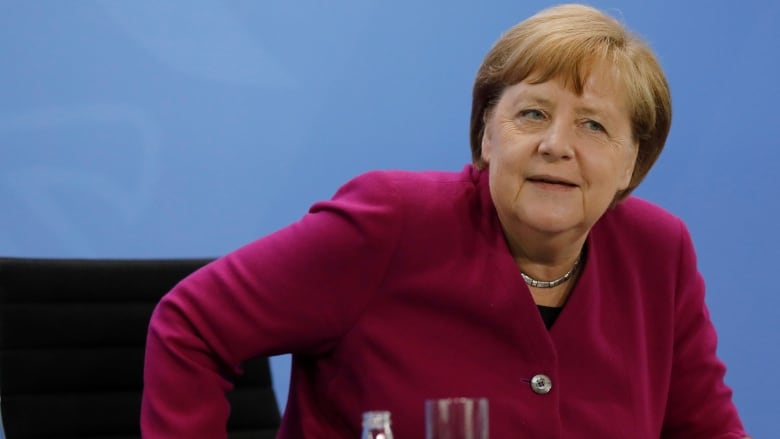 She was unveiling a vast program at the commission meeting on May 27, a program worth $1.12 trillion Cdn, to help European economies reeling from the COVID-19 crisis.

The EU would borrow the money and then hand it out to member states. And for the first time in EU history, two-thirds of the money handed out would be grants — not loans — that the recipient countries wouldn’t have to repay.

In fact, though, this was German Chancellor Angela Merkel’s moment. Nine days earlier, she had launched this quiet European revolution along with French President Emmanuel Macron.

Together they said their countries would put up $750 billion Cdn in grants to help Italy and Spain climb out of the economic hole caused by COVID-19, the illness caused by the novel coronavirus. That sum is now the core of the announced EU program.

Spain’s central bank forecast last month that the country’s economy could contract by more than 12 per cent this year, and unemployment could surpass 21 per cent. It has lost more than 27,000 people to COVID-19.

Italy, meanwhile, where more than 33,000 people have died of the illness, could see its GDP contract by more than nine per cent in 2020, according to the International Monetary Fund, and see unemployment close to 13 per cent.

Germany and France, by comparison, are expected to see GDP contractions of around seven per cent, with unemployment of around four and 10 per cent, respectively.

“Extraordinary circumstances call for extraordinary measures,” Merkel said on May 18, and in European terms, that announcement was nothing less than what her finance minister called the “Hamilton” decision.

That’s Alexander Hamilton, an American “founding father.” He lived a life of adventure, died in a duel and became the subject of a Broadway hit musical more than two centuries after his death.

He was also the man who set up the U.S. banking system and enshrined in law the concept that the American federal government would come to the financial aid of states in crisis.

In Canada, the concept goes by the name of equalization, where the federal government transfers money to poorer provinces. It’s the economic backbone of a functioning federal system, but in the EU, even after the creation of a common currency in 2002, the euro, it didn’t exist.

That’s because Germany, at the head of a parade of northern European states — the Scandinavians, the Netherlands and Belgium — refused over and over to allow the EU to offer grants, equalization payments by another name, to states in trouble. They would have to ask for loans and pay them back.

Merkel led that penny-pinching coalition for almost 15 years. She once compared herself to a German housewife counting those pennies. That approach led to a major crisis in 2011, when Greece teetered on the edge of bankruptcy and threatened to pull out of the euro.

Merkel and Germany tightened the purse strings and refused anything but loans with harsh conditions. Greece capitulated.

But Greece is small. Spain and, particularly, Italy are big, and they have been pleading for — and then demanding — such grants with no conditions in this crisis, warning of dire consequences if they didn’t get them.

The direst of those would be the shattering of the euro, the European currency, if Italy, say, dropped out of it. That would bring financial ruin on top of economic depression — unthinkable. As Merkel put it in the German parliament in 2011, “if the euro fails, Europe fails.”

And so the quiet, plodding chancellor suddenly ripped up decades of German policy, catching a whole continent by surprise.

It wasn’t her first time. Five years ago, in September 2015, she suddenly threw open the doors and allowed hundreds of thousands of refugees to flow into Germany. It was, she said, the moral thing to do.

Her neighbours in Central Europe such as Poland, the Czech Republic, Hungary and Austria, chose the political thing to do and slammed their doors on the refugee flood.

There were cries of anger in Germany, a country of almost 84 million people, and the far-right, anti-immigrant Alternative für Deutschland (AfD) party rose sharply in the polls. In the 2017 German elections, it took 12.6 per cent of the vote and became the third-largest party in parliament.

But in the midst of this latest crisis, the AfD’s poll numbers have slipped back to below 10 per cent, and Merkel is once again phenomenally popular.

She will need that popularity to push through her proposed changes. She faces a coalition of “frugal” northern EU members and Central European states unhappy about the extra burden the new seven-year budget plan will place on them.

The “frugal” states, led by Austria, are still pushing for an all-loan deal for southern Europe. The Central European states, which have been supping richly at the EU trough for years, are vocally unhappy at the prospect of seeing some of their subsidies going to Italy and Spain.

“Solidarity has its limits,” Czech Prime Minister Andrej Babis said on May 19. “I don’t like the idea of Europe burdening itself with debts.”

A key limit to European solidarity is the need for unanimity of all 27 members to pass the budget that EU commission president van der Leyen has unveiled.

But the “frugal” coalition has a huge problem. Its leader has switched sides. Germany has joined France, whose president has been arguing for two years for a Hamiltonian system in Europe.

Together the two countries are the biggest and richest political and economic engines of the EU, their weight even greater and their task easier since Britain pulled out.

They will lean very heavily on the smaller European states, which stand to gain in cash if they accept the new economic blueprint.

Merkel has other aces in her hand. The EU commission president, von der Leyen, is her ally and point person, her former defence minister who Merkel manoeuvred into her present job last year. And in July, Germany takes over the rotating presidency of the EU for six months, giving the chancellor added clout in negotiations.

Those negotiations will be detailed, difficult and long. But Merkel has announced she will leave her post after the next German elections in September 2021. She has little to lose and one last battle to fight for Europe and for her place in its history.

She is an unlikely revolutionary. Most leaders who change the political landscape do it when they come to power. Merkel has waited until her final act to spring her biggest surprises and the biggest potential changes to the EU in decades.

A well-travelled former CBC reporter and documentary maker, Don Murray is a freelance writer and translator based in London and Paris.