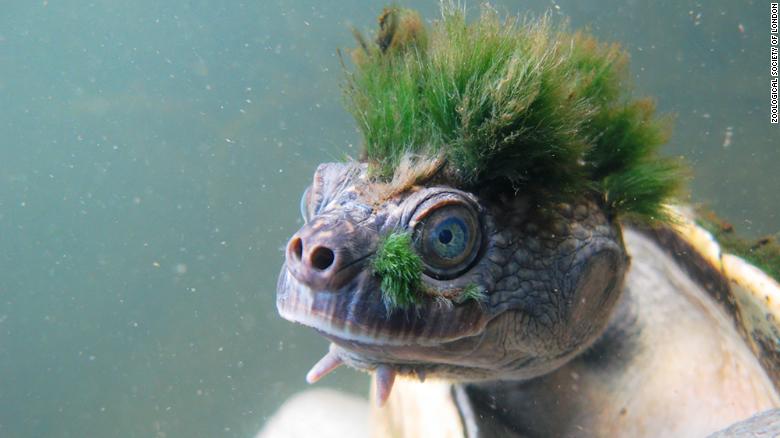 (CNN)Human activity could drive extinction and destroy billions of years of evolutionary history, which has produced remarkable creatures such as the punk-haired Mary River turtle, the yellow eyed Aye Aye lemur and the Chinese crocodile, researchers have warned.

In a study published in the Nature Communications journal on Tuesday, researchers explored how the areas home to the world’s most threatened amphibians, mammals, birds and reptiles are being affected by our “human footprint,” which could lead to the loss of “the most unique animals on the planet.”
Scientists from Imperial College London and the Zoological Society of London found that regions that are home to the greatest amounts of unique evolutionary history — such as the Caribbean, large swathes of Southeast Asia and the Western Ghats of India — are being degraded due to “unprecedented” levels of human pressure, such as habitat loss, agricultural expansion and meat consumption. 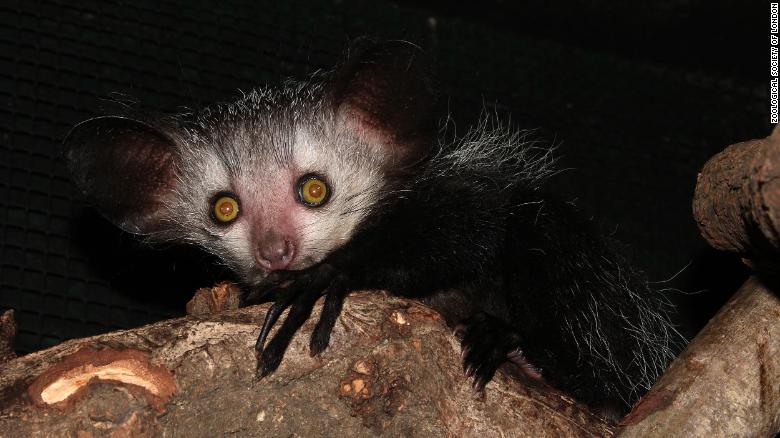 “Evolutionary distinct” species like the Aye-Aye lemur, could be lost to extinction, researchers warn.
As a result, “evolutionary distinct” species such as the Chinese crocodile lizard, the Shoebill, a large bird found in Africa’s swamps and wetlands, or the long fingered, yellow eyed nocturnal Aye-Aye lemur — could be lost to extinction.
Entire groups of closely related species, like pangolins and tapirs, could also be lost, taking with them billions of years of evolutionary heritage, experts warned.
Using the tree of life methodology — a model which shows the relationships between organisms alive and extinct — researchers studied vertebrates, mammals and reptiles which were classified as “critically endangered,” “endangered” and “vulnerable.”
“We calculated how much evolutionary history we would lose. And that number came out cosmically large, even I didn’t expect that myself,” Rikki Gumbs, lead author of the study and PhD researcher at Imperial College London and ZSL, told CNN.
When adding together the cumulative years of evolutionary history that would be lost in the event of extinction, “around 50 billion years of evolutionary history is under threat,” he added. 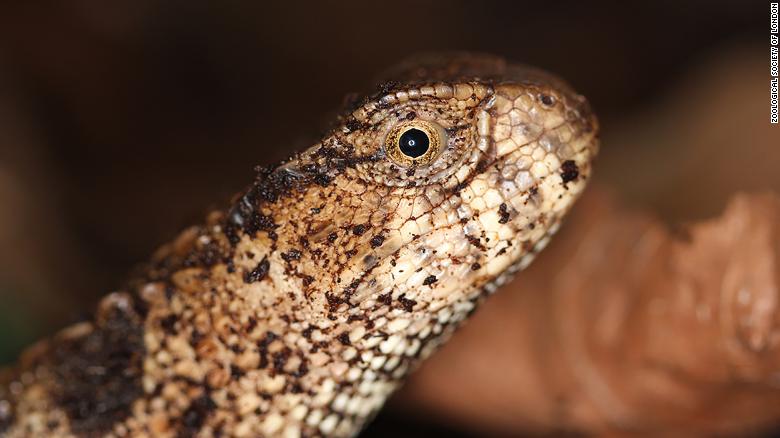 Experts fear the loss of unique creatures, like the Chinese crocodile lizard — shinisaurus crocodilurus — pictured.
Gumbs told CNN that, as a result of human encroachment on natural habitats around the world because of farming, housing and meat consumption, there is a decline of some of the “most unique animals on the planet.”
“We’re starting to see the current impact of this on the world’s biodiversity — on the most unique animals on the planet, and also the most important areas where they still persist,” he said.
“Intrinsically, losing any species is a real loss just because it exists and it has a right to exist and it has a value in itself,” he told CNN.
“But the tree of life also is a real thing. You know, it seems quite abstract that we draw these branches between these species — just like our relationships with our parents and our grandparents,” he explained. “The genetic relationship, it does exist — we can’t see it, but it is represented across this diversity. So as we lose the species, we are losing a part of our entire evolutionary heritage across the planet, and also large parts of diversity,” he said. 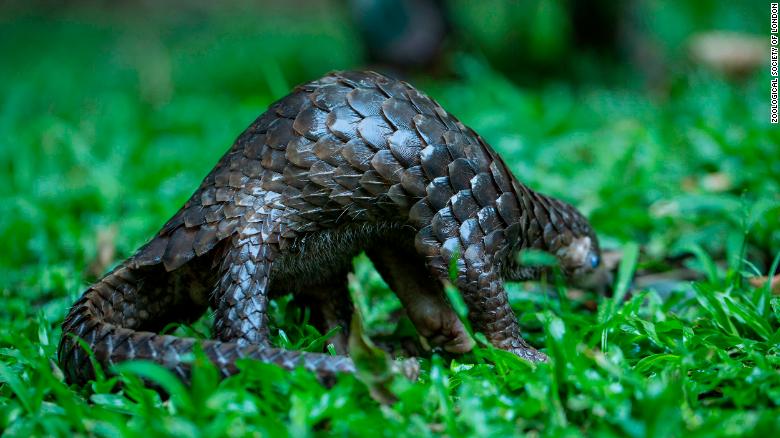 Pangolins are under threat.
Research showed that among the biggest threats to threatened species was eating meat, Gumbs said.
“We know from all the data we have for threatened species, that the biggest threats are agriculture expansion and the global demand for meat. Pasture land, and the clearing of rainforests for production of soy, for me, are the largest drivers — and the direct consumption of animals.”
“It’s not too late — we can identify these areas and still, where these species are clinging on, we can hopefully influence conservation actions to protect these and restore these areas,” he said.
The study also warned that more research is needed, especially into lizards and snakes, to fully understand the extinction risk posed.
For years, scientists have warned that we are in the midst of a mass extinction — the first one in the planet’s history caused by humans.
In January, a United Nations agency warned that we have just 10 years to save Earth’s biodiversity and our remaining wildlife, or face severe consequences for human survival.
More than a million species already face extinction, and three quarters of the Earth’s land has been significantly altered because of shrinking habitats, the exploitation of natural resources, climate change and pollution.
SOURCE