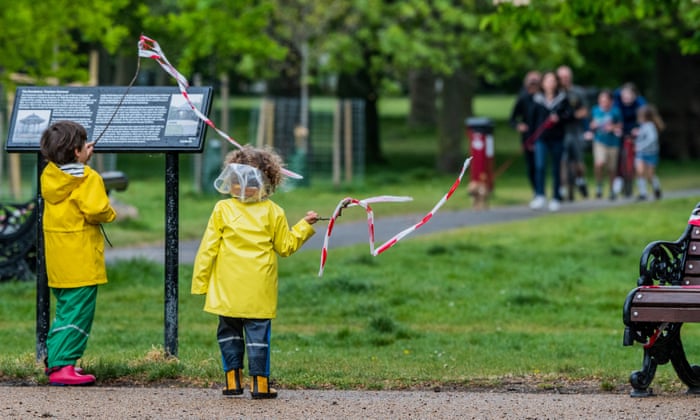 Imagine mentioning William Shakespeare to a university graduate and discovering they had never heard of him. You would be incredulous. But it’s common and acceptable not to know what an arthropod is, or a vertebrate, or to be unable to explain the difference between an insect and spider. No one is embarrassed when a “well-educated” person cannot provide even a rough explanation of the greenhouse effect, the carbon cycle or the water cycle, or of how soils form.

All this is knowledge as basic as being aware that Shakespeare was a playwright. Yet ignorance of such earthy matters sometimes seems to be worn as a badge of sophistication. I love Shakespeare, and I believe the world would be a poorer and a sadder place without him. But we would survive. The issues about which most people live in ignorance are, by contrast, matters of life and death.

I don’t blame anyone for not knowing. This is a collective failure: a crashing lapse in education, that is designed for a world in which we no longer live. The way we are taught misleads us about who we are and where we stand. In mainstream economics, for example, humankind is at the centre of the universe, and the constraints of the natural world are either invisible or marginal to the models.

In an age in which we urgently need to cooperate, we are educated for individual success in competition with others. Governments tell us that the purpose of education is to get ahead of other people or, collectively, of other nations. The success of universities is measured partly by the starting salaries of their graduates. But nobody wins the human race. What we are encouraged to see as economic success ultimately means planetary ruin.

Large numbers of people now reject this approach to learning – and to life. A survey reported this week suggests that six out of 10 people in the UK want the government to prioritise health and wellbeing ahead of growth when we emerge from the pandemic. This is one of the most hopeful results I have seen in years.

I believe that education should work outwards from our principal challenges and aims. This doesn’t mean we should forget Shakespeare, or the other wonders of art and culture, but that the matters crucial to our continued survival are given the weight they deserve. During the lockdown, I’ve been doing something I’ve long dreamed about: experimenting with an ecological education.

I can’t claim to have found it easy, or to have got it all right. As millions of parents have discovered, there’s a reason why people undergo years of specialist education and training before qualifying as teachers. Persuading children to see you as a parent one moment and a teacher the next is especially challenging. But, working with an eight- and a nine-year-old (my youngest daughter and her best friend), I’ve begun to discover that my dream is not entirely ridiculous.

I’m not talking about teaching ecology as an isolated subject, but about something more fundamental: placing ecology and Earth systems at the heart of learning, just as they are at the heart of life. So we’ve been experimenting with project-based learning, centred on the living world. We started by constructing a giant painting, composed of 15 A4 panels. Each panel introduces a different habitat, from mountaintops to the deepest ocean, the forest canopy to the soil, on to which we stick pictures of the relevant wildlife.

The painting becomes a platform for exploring the processes and relationships in every ecosystem, and across the Earth system as a whole. These, in turn, are keys that open other doors. For example, rainforest ecology leads to photosynthesis, that leads to organic chemistry, atoms and molecules, to the carbon cycle, fossil fuels, energy and power. Sea otters take us to food webs, keystone species and trophic cascades.

We’ve done some fieldwork in soil ecology, an extraordinary and neglected subject, upon which all human life depends. You can study it at home or in the park. It introduces basic scientific principles and experimental design, which then – as we compare and record the results from different samples – leads us into various aspects of maths and writing.

We’re now making a model landscape, to demonstrate the water cycle, river dynamics, stratigraphy, erosion, soil formation and temperature gradients. To the greatest extent possible, I’m letting the children guide this journey. But because of the circular nature of Earth systems, it doesn’t matter where you begin: eventually you go all the way round. As on many previous occasions, I’m struck by children’s natural affinity with the living world. The stories it has to tell are inherently fascinating.

There’s nothing radical about the things we’re learning: it’s a matter of emphasis more than content – of centralising what is most important. Now, perhaps, we have an opportunity to rethink the entire basis of education. As local authorities in Scotland point out, outdoor learning could be the best means of getting children back to school, as it permits physical distancing. It lends itself to re-engagement with the living world. But, despite years of research demonstrating its many benefits, the funding for outdoor education and adventure learning has been cut to almost nothing.

This is the time for a Great Reset. Let’s use it to change the way we see ourselves and our place on Earth. The conservationist Aldo Leopold once wrote that “one of the penalties of an ecological education is that one lives alone in a world of wounds. Much of the damage inflicted on land is quite invisible to laymen.” But if everyone has an ecological education, we will not live alone, and it will not be a world of wounds.