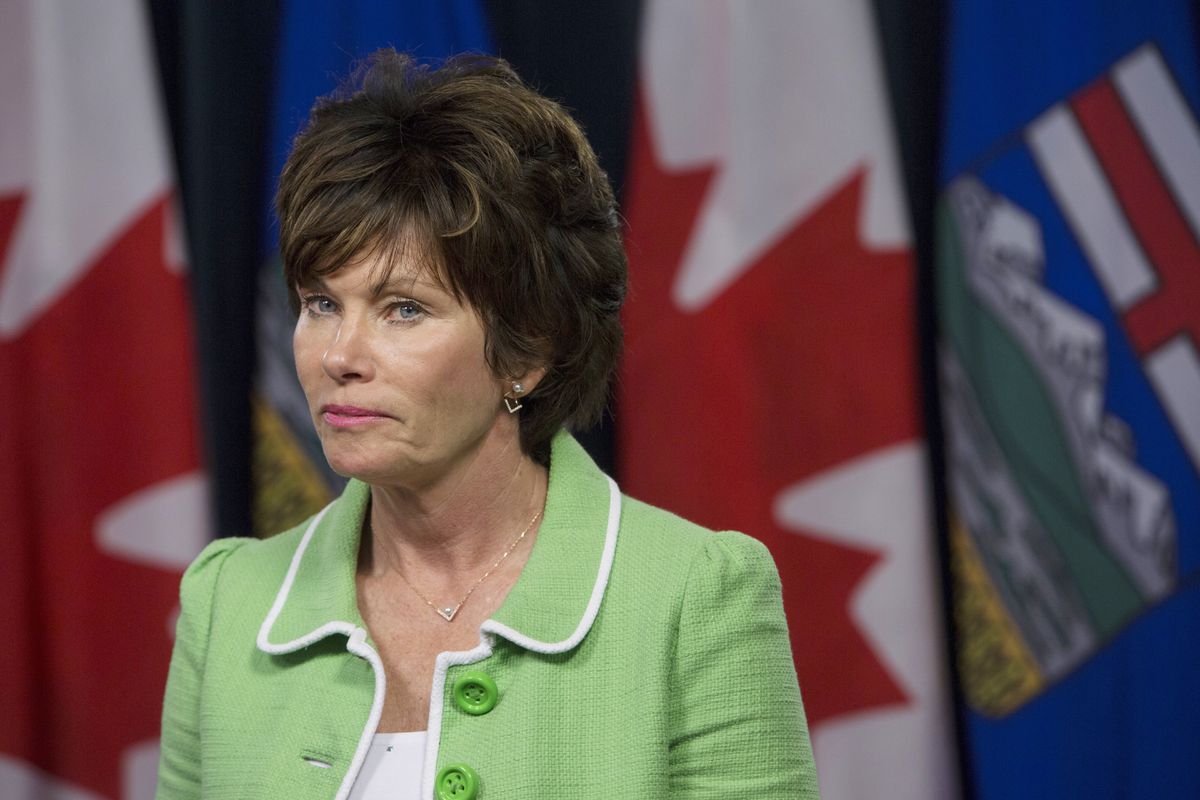 Alberta’s energy minister says it’s a good time to build a pipeline because public-health restrictions limit protests against them.

Sonya Savage made the comment Friday on a podcast hosted by the Canadian Association of Oilwell Drilling Contractors. She was asked about progress of the Trans Mountain Expansion project, which is under construction on its route between Edmonton and Vancouver.

“Now is a great time to be building a pipeline because you can’t have protests of more than 15 people,” Ms. Savage said. “Let’s get it built.”

While the interviewer laughed, Ms. Savage did not.

Unprompted, Ms. Savage went on to suggest that the economic turmoil caused by the pandemic favours pipeline construction.

Ms. Savage’s spokesman acknowledged in an email that she was on the podcast.

“We respect the right to lawful protests,” said Kavi Bal. “I would note that the limitations to public gatherings … have benefited no one – including project proponents and any opposition groups.”

Both Alberta and B.C. have increased their limits to 50 people for outdoor gatherings.

“These comments do not come as a shock,” he said. “The UCP have already used the pandemic as an excuse to suspend environmental monitoring. When combined with the minister’s latest comments, this will harm the reputation of Alberta’s energy industry and inhibit our ability to attract investment and get our product to market.”
Jason Kenney’s United Conservative Party government has a mixed record on protesters.

The Premier defended the right to protest in the case of a man recently arrested at the legislature as he was protesting against public-health lockdown orders. Mr. Kenney said at the time that he would modify such orders to ensure they didn’t interfere with that right, as long as guidelines were being respected.

The government has less tolerance for civil disobedience.

In February, it introduced legislation imposing stiff fines and possible jail terms for protesters who damage or even interfere with the operation of a wide range of energy infrastructure – although such acts are already illegal. The bill has passed and awaits royal assent to come into force.