I thought I’d take a moment to check in and let you know what Greenpeace has been working on lately thanks to support from you and millions of others around the world.

The climate crisis is not slowing down during this pandemic — so neither are we. Greenpeace is busy advocating for the environment in many of the ways you asked us to in a recent survey.

Here’s what we heard: You told us you want to hear about what Greenpeace is up to, how we’re planning for a safer and more just future beyond the crisis, and some positive news. Thanks so much for taking the time to give us this valuable feedback!

I also wanted to take this opportunity to say a huge thank you for the beautiful, powerful messages of solidarity that 2,174 Greenpeace supporters sent to frontline workers. Reading these messages makes me so proud of the Greenpeace community and all your acts of solidarity. Take a look for yourself here. 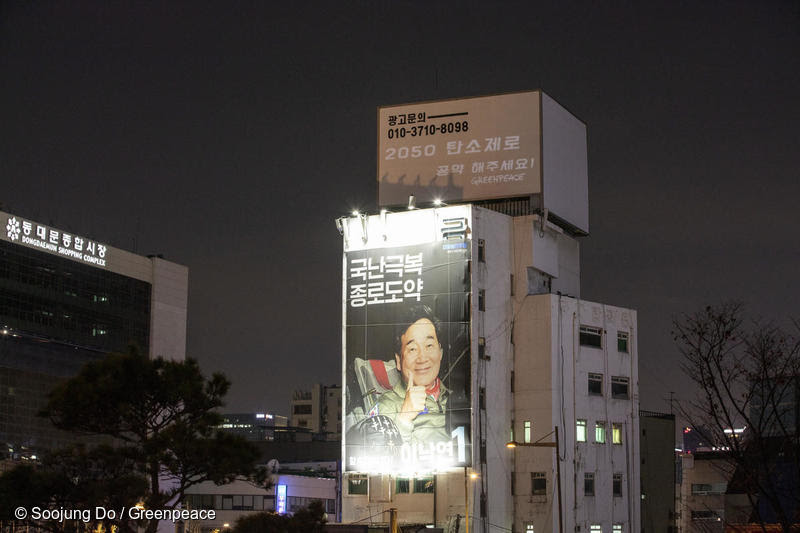 This March, Greenpeace projected seven messages to the outdoor billboard of Lee Nak-yon, chairman of the Election Commission of the Democratic Party of Korea in Seoul, demanding that plans for a Green New Deal be incorporated into their platform before April’s general election.

Some very promising news came out of Asia last month. In a first for the continent, South Korea elected a party pledging to reach zero emissions by 2050 in its climate manifesto (also known as the Korean Green New Deal). The manifesto outlines a host of green policies that, if enacted, would boost the South Korean economy while cutting greenhouse gas production of the world’s seventh largest CO2 emitter. This news comes after several months of tireless campaign work by Greenpeace to not only grow the grassroots environmental movement in South Korea, but also to lobby the country’s three largest political parties to adopt a Climate Emergency Policy Proposal in their platforms.​ 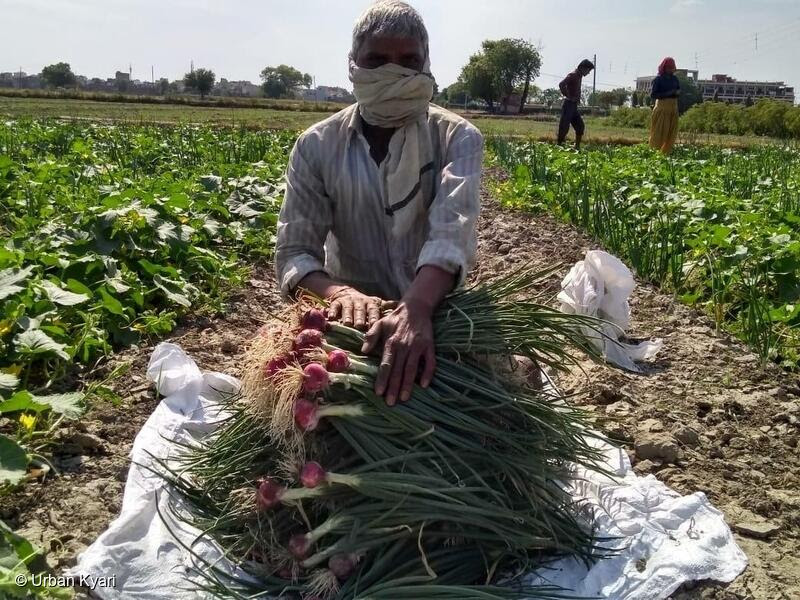 Greenpeace has partnered with sustainable farm groups like Urban Kyari in Delhi to procure healthy, locally- and sustainably-grown food for distribution to vulnerable people in the region.

The Greenpeace team in India is responding to an unprecedented need created by the COVID-19 pandemic. With India under lockdown, workers in the country’s informal economic sector have been left in dire straits. Changing weather conditions and volatile markets have also caused a significant drop in farmers’ margins, impacting workers on those farms. Greenpeace has partnered with small-scale farmers and allied organizations on the ground to prepare and distribute ration kits to daily wage-workers and migrant families. This is just one action in a wave of solidarity sweeping India, which has focused on helping those hardest hit by both the pandemic and the ensuing lockdown. By providing food for at-risk families from local organic farms, Greenpeace India is supporting vulnerable people while investing in the future of fair, sustainable farming. For me, this Greenpeace action puts into focus just how much good even small groups of people can do when we set out to reimagine the future. 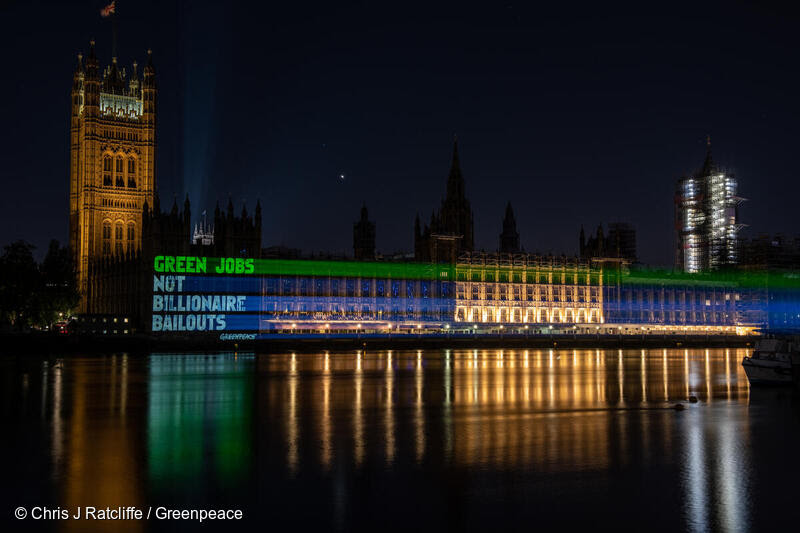 A small team of Greenpeace UK activists projected messages like this one onto Westminster earlier this month to keep up public pressure amid COVID-19 protection measures.

Direct action is our bread and butter. So one of the challenges we’ve been tackling lately is: “How do we  take action for the planet during a global pandemic?” Luckily, imagination doesn’t run in short supply in Greenpeace teams. Many of our offices were busy in recent weeks organizing digital rallies, projections, and even hologram protests (yes, you read that right — see the photo below!). Greenpeace and our allies in the United Kingdom launched an immensely popular petition (signed by 130,000 people!) calling for an end to blank bailout cheques for big polluters — and projected that message onto the Houses of Parliament! In both Poland and Belgium, Greenpeace created powerful hologram marches to keep pressure on decision makers with strong messaging while respecting physical distancing measures. With so much at stake for our planet right now, these innovative forms of activism are more important than ever. 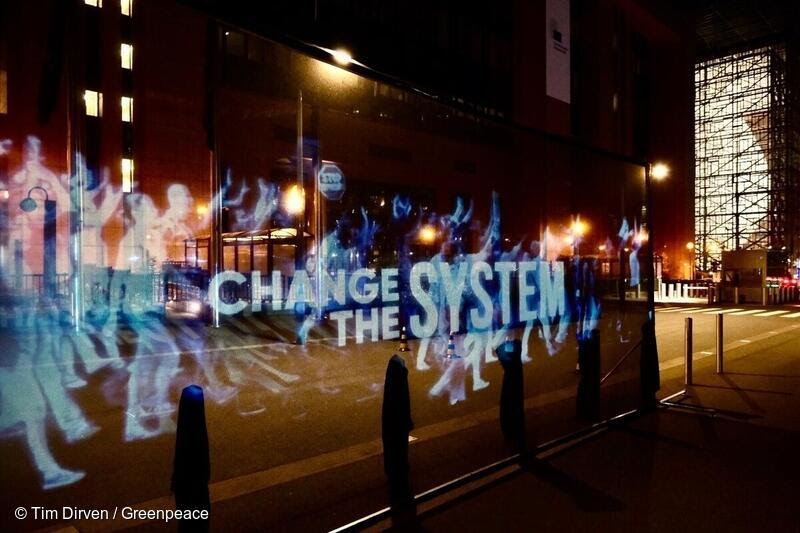 To send a vital signal to European Council decision makers at last month’s summit in Brussels, Greenpeace protested by projecting a hologram demonstration for the first time ever in front of the EU Council building.

I hope these stories from Greenpeace’s work around the world provide some inspiration and hope during these difficult times. With everything going on in the world, I know it can be hard to see how things are getting better. When I need to, I think about the kindness and solidarity that abounds, and about the ingenuity being shown by so many. That gives me hope.

I also think of your support, Ron. Thank you for taking action with Greenpeace. It’s people like you who help make all of this work possible.​