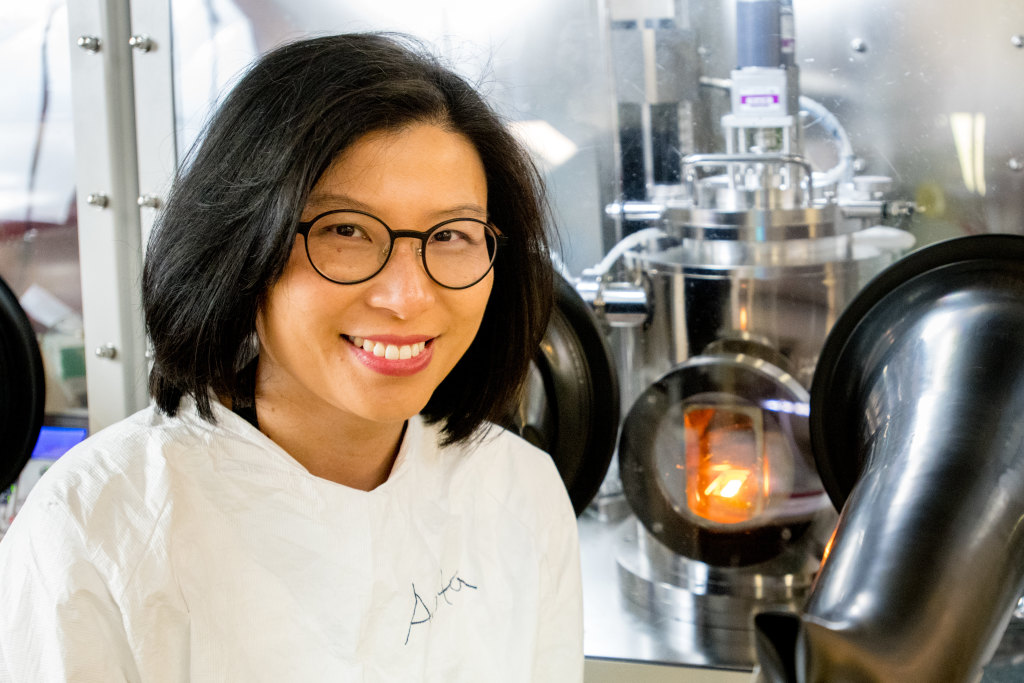 Anita Ho-Baillie, the inaugural John Hooke chair of Nanoscience at the University of Sydney, helped lead research at UNSW that could open the way for the mass production of a new type of solar cell closer to commercial production. CREDIT:UNSW

Australian researchers have found ways to improve the durability of new solar technology that could rival or complement traditional silicon cells, bringing its mass production a step closer to reality.

Conventional solar cells used on roofs and elsewhere took four decades to pass efficiency rates of 25 per cent, a milestone new so-called perovskite cells have reached in about a quarter of the time while using low-cost materials. The stability of the new technology is yet to be assured.

Perovskite cells can be 500 times thinner than silicon ones and potentially much more flexible, meaning they could be used to coat everything from buildings to cars and drones. So far its commercial application has been limited because they are less durable to weather.

Research by a team led by Anita Ho-Baillie, now at the University of Sydney, and Lei Shi from the University of NSW, has shown how cheap but high-performance polymer coatings used in double glazing can improve the durability of the cells so they can pass three key international standards for heat and humidity.

“We were pleasantly surprised,” Professor Ho-Baillie said. “We have shown that we can drastically improve their thermal stability.”

Scientists confirmed the results – published in the Science journal on Friday – using a type of mass spectrometry for the first time to show the cells were not decomposing under the stress tests.

“Our work is the first report on perovskite solar cells exceeding the requirement of the critical international electrotechnical commission test for heat and humidity by using a simple low-cost encapsulation technique,” Dr Shi said.

Professor Ho-Baillie stressed the cells need to prove their durability against light and heat, but added that many teams around the world were working to realise perovskite’s “very exciting” future.

Since perovskite cells are good at converting short-wave radiation into electrons while silicon excels at longer wave lengths, the two could be stacked, lifting efficiency rates above 29 per cent, Professor Ho-Baillie said.

As reported earlier this month by the Herald, UNSW is preparing for a significant reduction in renewable energy research as federal funding for the agency is due to run out by 2022 and is starting to turn away prospective PhD students.

The government’s announcement this week of a “technology road map” towards a lower carbon economy did not clarify whether the agency’s solar research would be extended.  SOURCE