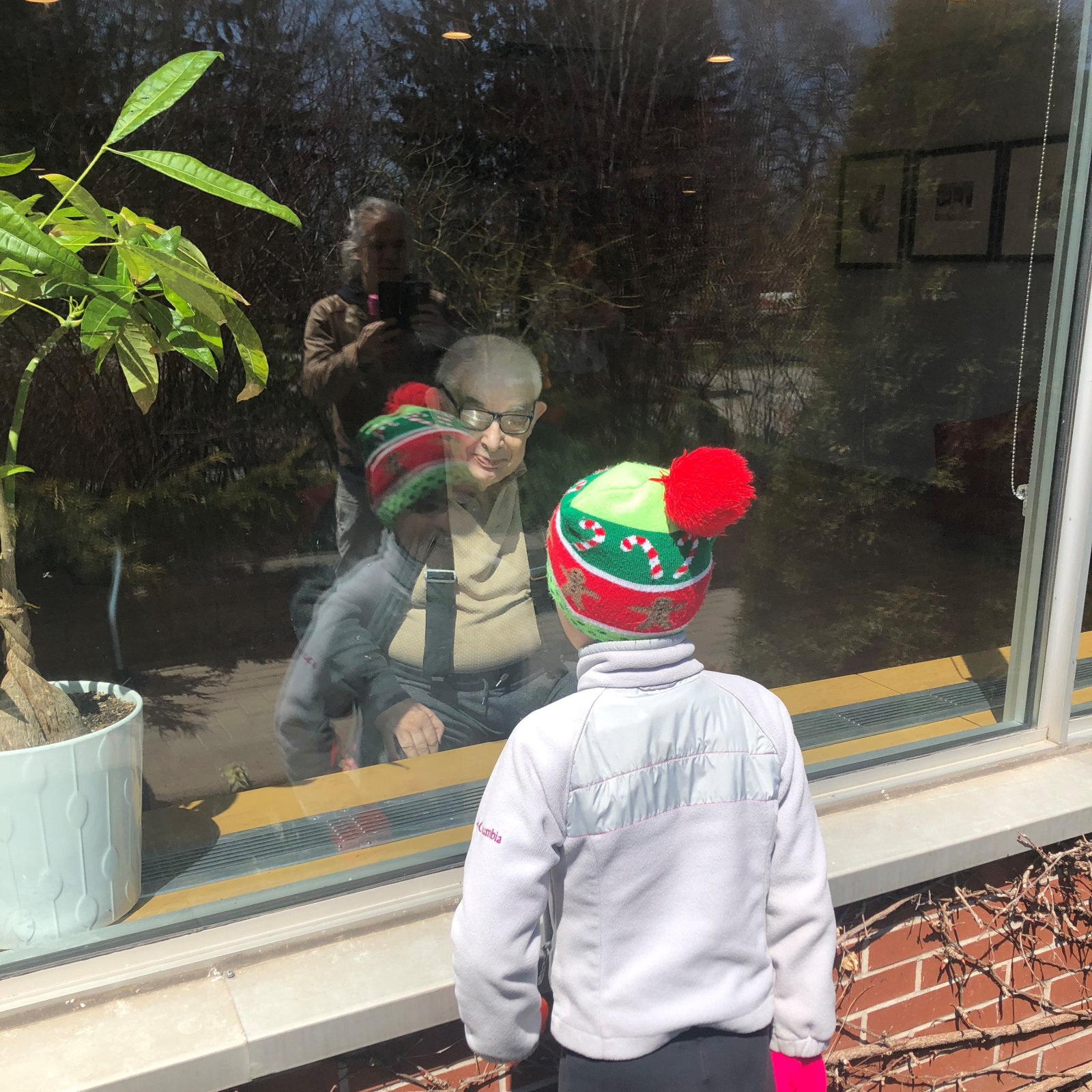 Canadians with loved ones living in long-term-care share a painful awareness of chronic underfunding, understaffing and deregulation. Photo courtesy of Kat Cizek

On May 12, Prime Minister Justin Trudeau took another hard pass on solving the sorry state of long-term care facilities across the country, continuing to call the matter a provincial affair. Meanwhile, the premiers of Ontario and Quebec — where most of the grievous long-term care COVID deaths and neglect have occurred — have simply not done enough to avert these tragedies.

Their public promises translate into uneven action on the ground. The fact remains, over 80 per cent of COVID-19 deaths in this country have been linked to long-term care facilities (LTCs) and seniors’ homes, the highest documented rate of its kind in the world.

We are four citizens with loved ones living in long-term-care in different parts of the country, and we share a painful awareness of the vulnerability of Canada’s LTC population due to chronic underfunding, poor infrastructure, understaffing and deregulation. In early April, we came together, extremely worried for the lives of our loved ones, other residents and the workers in these facilities. Within days, we launched a nationwide, citizen-led petition proposing to protect people in LTCs with concrete measures to help avoid the disaster unfolding before our eyes.

Our urgent appeal has resonated right across the country and has now garnered 57,000-plus signatures from every province and territory. Many signatories have included testimonials of how this system has failed them and their loved ones.

Tolstoy lamented that every family is unhappy in its own way. So, too, in Canada, where long-term care facilities are each dysfunctional in their own unique way, cast adrift in jurisdictional limboland. Each province and territory has their own “way of doing things” for historically legitimate reasons.

But the current free-for-all, as we are learning, has also been designed for the convenience of the profiteers who, for decades, have benefited from government subsidies and made billions on the backs of paying residents and underpaid workers. For example, Revera, one of the larger corporations involved in seniors’ care, is 100 per cent owned by a federal Crown corporation. Two former Ontario premiers Mike Harris and Bill Davis, have personally profited from their roles on the boards of private companies in this sector.

Further, each region has its own public health approach. Some better than others, especially in times of infection control. Finally, each building has its own ownership and management structure: some are for-profit, some non-profit, many mixed private-public and some are municipally owned.

A mess. Why such disparity? At whose advantage?

There has been one common feature at many of these facilities, and that’s gross negligence. Residents and staff have been denied basic consideration, dignity and protection.

As the nation prepared for the oncoming onslaught, our country’s resources went to protect hospitals, while long-term care facilities were excluded from critical planning. LTCs are not, by current definition, considered hospitals. They are “in-community,” according to policy in Ontario. So since the beginning of this pandemic, if a resident became infected with COVID-19, they were to just “stay at home” and self-isolate.

“There has been one common feature at many of these long-term care facilities, and that’s gross negligence. Residents and staff have been denied basic consideration, dignity and protection.”

Except an LTC resident couldn’t self-isolate with hundreds of other vulnerable co-residents alongside staff in often outdated, open wards plagued with decades of underfunding, understaffing, and regulatory neglect. As universities cleared out their student residences en masse to avoid super spreads of the virus, LTCs were shut down, locked in and left to their own devices. Gear, training, and protection were often categorically denied to dwindling LTC staff across the country. Inside, $5 masks, gloves, and basic gear were rationed as if they were $300,000 ventilators.

And shockingly, at all costs, COVID-19 patients were not to be transferred out of LTCs to hospital. The firewall was up.

What happened next was a tragedy that was not inevitable. Yet over 4,000 people have now died in LTCs. A number have died abandoned and alone in utterly abject and horrifying circumstances. COVID-19 has ravaged through these “forgotten densities,” aptly named by Jay Pitter, a leading urbanist.

Meanwhile, families with loved ones in LTC were deemed vectors of transmissions and denied access. The only advice we were given by some of our nation’s top geriatricians was to take family members out of long-term care if we could. That was bad advice, because most of us realistically couldn’t do that. The complex care involved in keeping our families and friends safe was the reason we had chosen long-term care, and now taking them home was too much, especially during a pandemic.

Betwixt and between, residents and workers struggled to manage. As COVID-19 came in, some of these places went into complete system collapse: residents and staff got sick, management and staff stopped showing up. People wasted away in their beds, calling for help for days before dying. Workers, often low-income and immigrant, took the virus back to their families and their communities.

In some places, paramedics, and coroners went in to clean up, and even the military was called in — which, in normal times, would be considered an unacceptable jurisdictional creep.

Meanwhile, British Columbia has taken rapid, strong measures in long-term care, and have had very few deaths in the province as a result. In Kingston, Ont., early regional public health intervention also kept the city’s LTCs safe. In Windsor, the regional hospital is supporting LTCs through a field hospital for COVID-19 patients and protects the LTC buildings from further spread.

There is precedent to protect LTCs. Why don’t we make it nationwide? Why hasn’t the federal government acted? It hasn’t hit yet in the other provinces and territories, but If they are not allowed to prepare, the same thing can happen. There is no excuse for knowing what we know now. The federal government has crossed every jurisdictional boundary to solve crises in almost every other sector. Why not LTCs?

Canada desperately needs a coherent strategy and emergency funds to address this national tragedy. We need long-term national solutions to long-term care, bringing these liminal, forgotten densities back into the fold of the basic laws of our country, including the Canada Health Act.

Residents and workers in LTC deserve basic human rights protection, basic medical access, and connection to family and loved ones. This neglect holds a mirror to our collective consciousness in how our country treats our old and vulnerable, not to mention the people who care for them. It’s time for us as a country to step up. Whose interests are the premiers and prime minister truly protecting? It’s certainly not the residents’ and workers’ in long-term care.