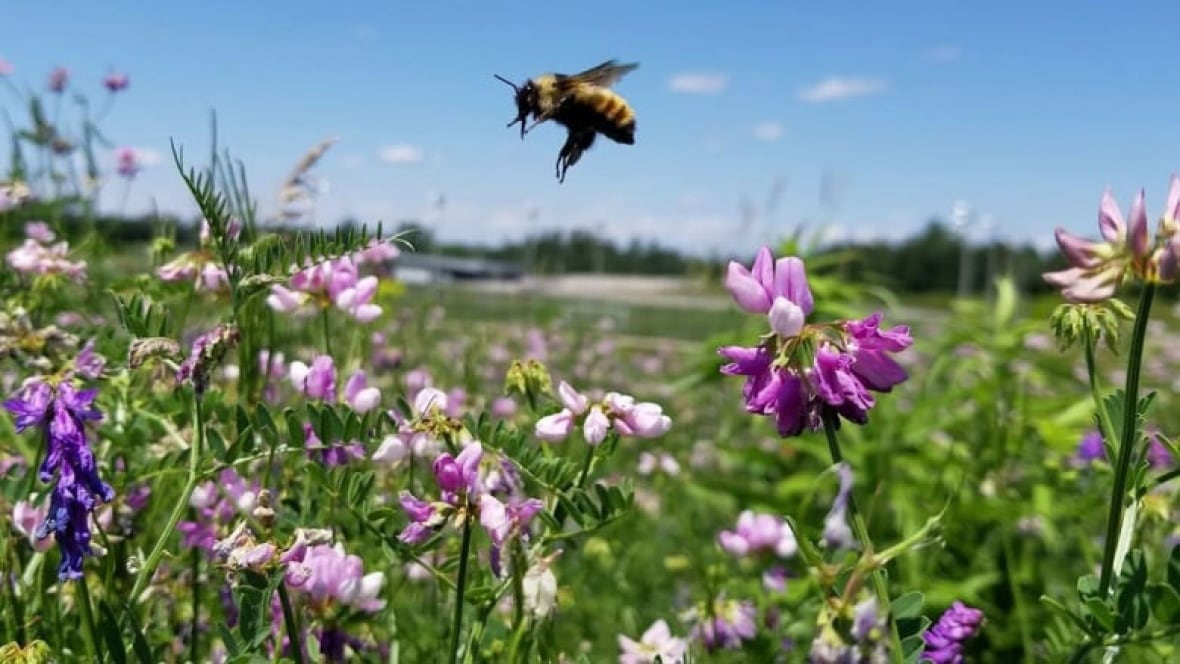 Like the hair on our heads during the coronavirus lockdown, conservationists are encouraging people to let their lawns grow a little wilder than usual this month.

That’s the idea behind the burgeoning No Mow May movement, which, as you might have guessed, is calling on homeowners to park their lawn mowers this month for the sake of local bees and other pollinators.

Organizers say doing so will help introduce much-needed biodiversity and more native flowering plants, both of which are sorely lacking but essential for healthy urban bee populations.

The U.K.-based conservation charity Plantlife, which is spearheading the initiative, says mowing your lawn just once a month can lead to a 10-fold increase in the number of bees pollinating the area.

“The sheer quantity of flowers and nectar production on lawns mown once a month can be astonishing,” said Trevor Dines, a botanical specialist at Plantlife.

The argument is backed up by a 2019 paper published by scientists at the University of Quebec in Trois-Rivières, which found that “intensively managed” lawns have been shown to have “clear negative ecological effects,” especially in urban areas.

And while Canadians with more time on their hands might be itching to do some yard work as the weather improves, conservationists say wildlife would indeed benefit from a more widespread “no mow” philosophy.

“Trying to increase the diversity of your lawn is actually a great idea because it really is one of the largest areas of vegetation that’s within most of our urban areas,” said Dan Kraus, a senior conservation biologist at the Nature Conservancy of Canada.

The Nature Conservancy of Canada has previously led campaigns to stop people raking leaves in the fall for similar biodiversity purposes.

There’s hope that wider availability of native flowering plants could help local bee populations recover after what has been a decades-long decline for some species.

“Sadly, probably about at least a third of our species have disappeared or drastically declined,” said Victoria MacPhail, an environmental studies PhD student at York University in Toronto who specializes in bumblebees.

She listed several species that were once common but are now rarely seen, if ever, in the Toronto area. The list includes the yellow-banded bumblebee, American bumblebee, yellow bumblebee and cuckoo bumblebee.

The rusty-patched bumblebee, once among the top five most common species, has essentially disappeared from the region.

While MacPhail acknowledged the critical role that homeowners can play in revitalizing some of those species, she added that truly helping bee populations will require more than just letting the grass get long.

“I really encourage people, if they want to help pollinators, to actually create habitat for them,” she said. SOURCE