Clean fuel standard pushed back months, no word on when plastics ban will happen 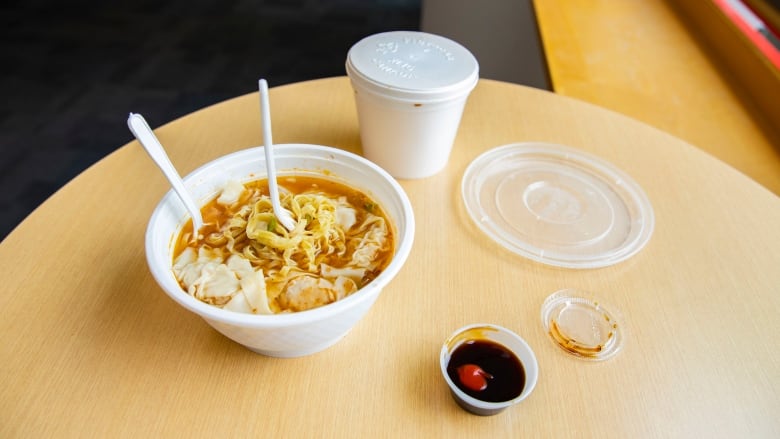 Canada had originally planned to ban single-use plastics in 2021. Environment Minister Jonathan Wilkinson said the intention to move on a plastics ban remains but said he can’t say when it will be implemented. (Michael Wilson/CBC)

Canada’s national environment agenda is the latest thing to be upended by the COVID-19 pandemic, as plans for both beefing up national climate targets and banning some plastics are likely to be delayed.

Environment Minister Jonathan Wilkinson told The Canadian Press late last week that the government remains firmly committed to its environmental promises, which were a key part of the Liberal 2019 re-election campaign. However, he acknowledged that the efforts to slow the spread of the novel coronavirus in Canada will also slow the government’s ability to move on some of its environment goals.

“We’ve continued to work on a number of elements but there are some where we’ve had to delay,” Wilkinson said.

The clean fuel standard to require fuels like gasoline and diesel to burn more cleanly is being pushed back at least several months because of COVID-19. Last month, the government moved the implementation date for new standards on liquid fuels like gasoline from Jan. 1, 2022, to just sometime in 2022. The proposed regulations that were to be published this spring are not coming now until the fall.

The standard is expected to contribute about 15 per cent of the more than 200 million tonnes of greenhouse gases Canada committed to eliminate by 2030 under the Paris climate change agreement.

But during the election, Prime Minister Justin Trudeau promised Canada would go further than that and Wilkinson told the world in December that Canada’s new climate plan would be ready in time for the fall 2020 United Nations climate meetings in Scotland. That meeting, which was to be held in November, has also been a casualty of COVID-19 — it has been postponed into 2021.

Under the Paris agreement, all countries were supposed to upgrade their emissions targets this year, to bring the world more in line with what scientists say must be done to slow climate change. Thus far, only seven countries have done so and Wilkinson is no longer certain Canada will produce a plan by the fall.

“My intention is to bring forward the updated climate plan as soon as it is reasonable to do that,” he said. “Right now, we need to be focused on fighting the virus but certainly our intention and our commitment to the climate file remains very firm.”

He said the same commitment exists when it comes to single-use plastics but the virus is also intruding on that plan. In January, Environment Canada issued a draft scientific assessment confirming plastics are harmful to the environment, which was the first step toward the goal to begin banning some products. At that time, Wilkinson said the ban would absolutely begin in 2021.

But the government extended the required comment period on the scientific report by 30 days last month. It closed May 1 instead of April 1.

Wilkinson said the intention to move on a plastics ban remains but said he can’t say when.

“That is another one that has been a little bit affected by the pandemic,” said Wilkinson.

“It’s very difficult to know exactly how this is all going to sort itself out given the uncertainty of the times, but we do intend to move forward on the plastics ban.”

Sarah King, head of the oceans and plastics campaign for Greenpeace Canada, said she is hopeful any delay will be minimal.

“We have been waiting for a long time to see the words and the election promises turn to action,” said King. “Obviously, a delay is problematic because every day that goes by, every week that goes by, every month that goes by, billions of pieces of plastic are entering our market. This is something that we need to urgently deal with.”