An excerpt from ‘Feasting Wild,’ a tribute and testament to nature’s ‘untamed’ foods. 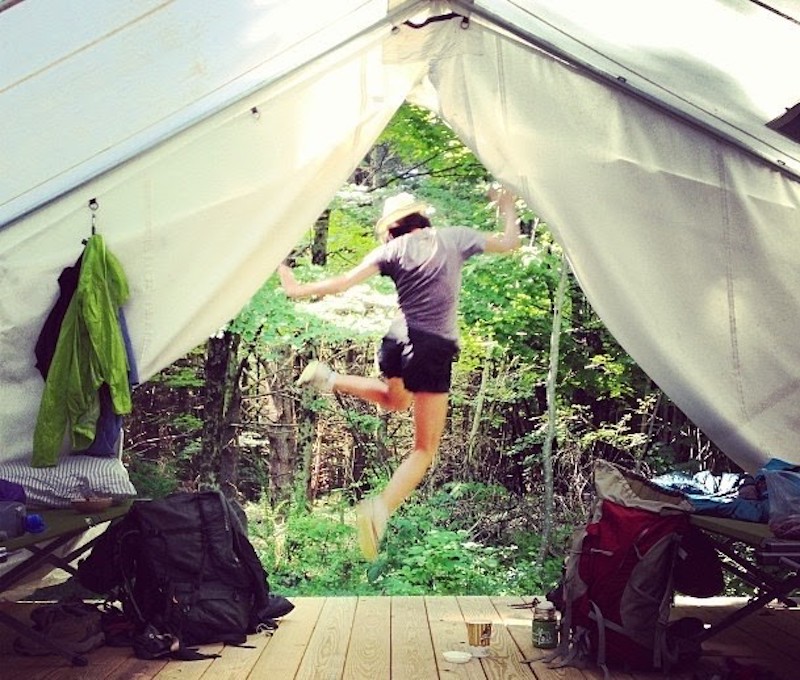 [Editor’s note: Full disclosure, I was eating some spicy Doritos when I first picked up this book, which were wild and not in a good way. To write the excellent Feasting Wild, out this month via Greystone Books, geographer and writer Gina Rae La Cerva roamed the planet to chronicle the stories of truly wild foods and the people, largely women, who know, cultivate and protect them. “Today, most people will never eat anything undomesticated or uncultivated,” La Cerva writes in her prologue. “Eating something truly untamed has become incredibly rare.” We’re pleased to publish an excerpt from Feasting Wild below.]

As agriculture became the dominant method for sourcing food, wild plants took on new spiritual value. During spring fertility rites in the Iron Age, human sacrifices were made to the goddess Nerthus to ensure good harvests. The victims first ate a ceremonial meal, which consisted, at least in one case, of more than 63 different varieties of seeds, mostly from species we would today consider weeds.

Wild plants were also increasingly sought out as remedies for the diseases caused by moving toward agriculture in the first place. Ancient Greek and Roman doctors believed that the power of herbs to cure was not inherent in their buds and leaves but lay in their complementary resemblance to human needs and desires — a system called the doctrine of signatures. If a flower resembled an eye, it could treat eye infections. If the petals were triangular or flesh-colored, like the human heart, the plant would remedy chest pains and heartbreaks. This belief became popular again in Europe during the medieval period, and wild plant-based treatments were sought after for both spiritual and corporal ailments.

Wild plants were also eaten in times of distress. In the mid-1300s, the Black Plague lifted souls out of bodies by the millions, killing nearly 60 per cent of Europe’s population. With the population decline, there were fewer farm laborers, and many agricultural fields were abandoned to the weeds. Food became scarce. While the rich ate grand displays of game meat, wild birds, and exotic fruit, the poor survivors surveyed their deteriorated society and cooked pottages of whatever could be found free-growing in nearby fields, hedgerows, and woods: plantain and mallow, dock and nettles; woody roots of wild carrot, parsnips, leeks, skirret, and turnips; the leaves of wild strawberries, the leaves of violets and roses; moss, samphire, succory, colewort, nosesmart, peppergrass, bellflowers, scurvy grass, primrose, cowslip, beach mustard, and arrow grass; buttercup, yarrow, rye-grass, and smooth hawksbeard! One hundred herbs to add to the pudding. The strong, bitter flavors of these wild plants seemed to define the lives of those who ate them.

Initially, the church did not discourage foraging and the use of herbs. Many monasteries had extensive medicinal gardens, and the monks produced numerous herbal manuscripts. Most of these were based on texts first created in classical antiquity, such as the De Materia Medica, a five-volume encyclopedia about herbal medicine written in the first century by the Greek physician Dioscorides. Over the course of centuries, these books were copied and recopied by hand, modified bit by bit — ever-evolving manuscripts with new stories and quips inserted, slowly accumulating into the considerable tomes that existed by the Middle Ages. One of the most comprehensive was the Leechbook of Bald, a medical text written in the ninth century that laid out herbal cures for numerous afflictions, ranging from headaches to aching feet.

But until the printing press was developed in the fifteenth century, these handmade books remained rare, and inaccessible to the ordinary person. Most herbal knowledge was therefore kept alive as folk medicine, handed down from mother to daughter, a kind of inheritance that might do her more good in staying healthy than any other sort of wealth a poor old country woman could offer.

Perhaps the most widespread use of wild plants was for contraception. Many species of the parsley family, such as wild carrot, contain estrogen-like molecules, and consuming them can prevent or terminate unwanted pregnancies. But a woman in control of her own body was a dangerous thing, and the church, along with male medical professionals, began to limit the unsupervised use and trade of gathered plants. The wise women who continued to practice their art were considered witches. Between 1450 and 1750 in Europe and North America, an estimated thirty-five thousand to one hundred thousand people, most of them women, were accused of wildcrafting and put to death.

The loss of common knowledge about wild edibles accelerated during the colonial period. Prior to European contact, the Americas were home to nearly 100 million Indigenous people, who between them spoke some one thousand to two thousand languages. The number of different plants they relied upon was enormous. Across North America, it is estimated that pre-contact people used over twenty-six hundred different species, nearly half exclusively for medicine. Less than one hundred of these plants were cultivated. The rest grew wild.