The perfect soil mixture can do more than grow food. 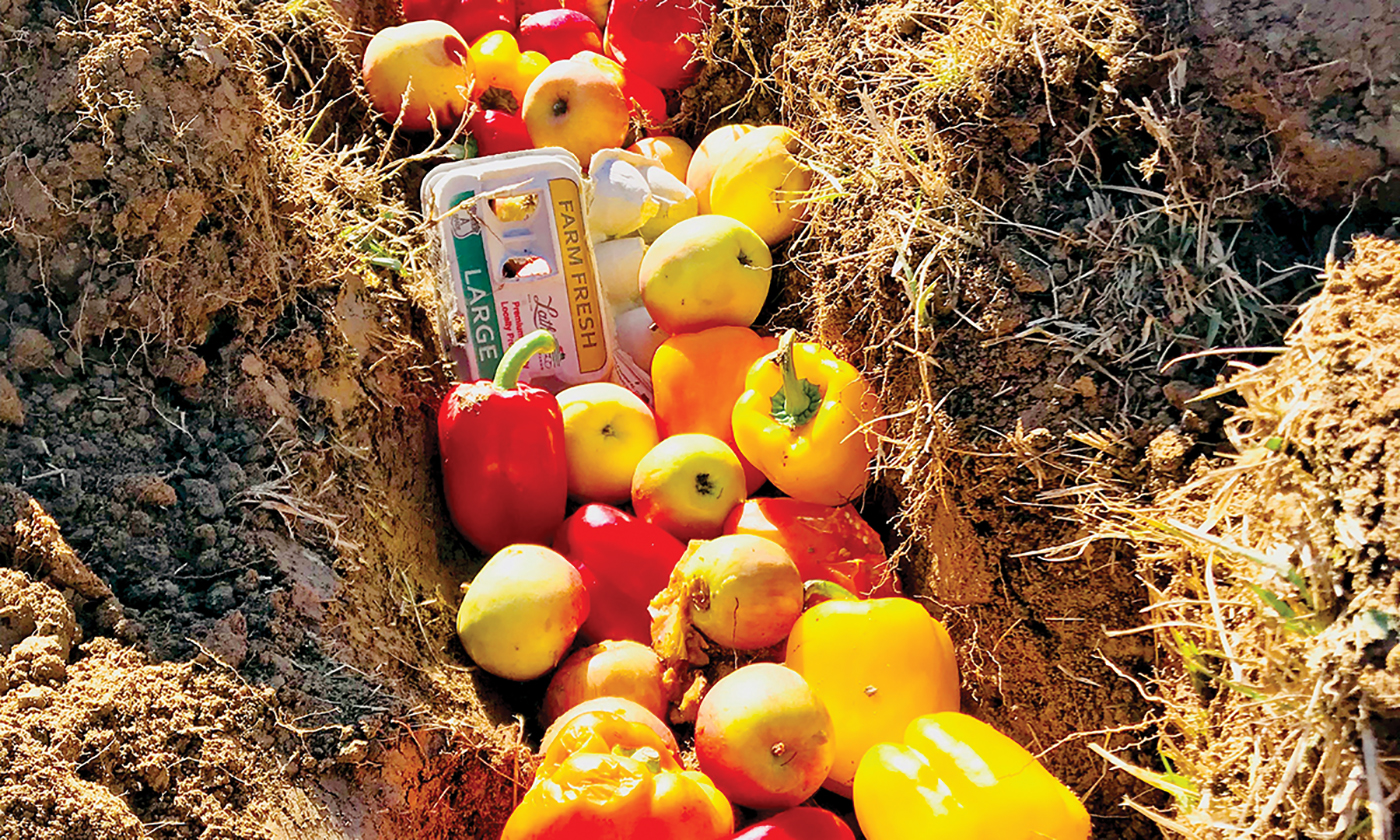 It took more than two decades for Kevin Holtham, 49, to formulate what he reckons is the perfect soil mixture. And he’s working just as hard at giving it away.

Holtham comes from a farmer lineage in Niagara County, western New York, but his home for the past 15 years has been Charlotte, North Carolina. There, he collects compostable waste that people are happy to get rid of and uses it to cultivate his land.

Each week, Holtham rounds up several thousand pounds of plant-based food waste and wood chips from restaurants and contractors around town. The food goes to a landfill if he doesn’t take it, and workers who would otherwise have to pay to dump their wood waste are eager for him to take it off their hands.

“One of my biggest problems was I can’t afford to buy all this soil,” Holtham said. “So I figured out how to do it with wood chips and food waste, and then suddenly you’re negating a huge waste problem. Soil is being made from food waste 100 percent free, and it’s just up to me to do all the hard work.”

Holtham’s special soil recipe requires mixing a medley of composted carrots, beets, and kale with the wood chips. He learned that the fertility of compost is largely contingent upon its carbon-to-nitrogen ratio; the vegetables provide a source of nitrogen, the wood emits carbon. The microbial breakdown of the organic material produces heat as a by-product, causing the mixture to homogenize within three months. Holtham places that into his worm bin to infuse it with microbes and nutrients from the castings.

Though he can imagine his operation as an income-generating business, Holtham prefers to give away his soil and educate others on how to build it. In that way, increasing food sustainability and access is at the heart of his initiative.

Holtham estimates that, so far, he’s given away a couple of dump truck loads of soil. He’s created around 30 gardens in four states within the past decade, all free of charge. Neighbors know they can come to him with buckets, he said, and he’ll send them off with his soil mixture. He’s also given soil to the Bulb, an organization that provides fresh produce and educational tools to communities in food deserts.

Last April, Holtham gave soil to friend and local herbalist Brandon Ruiz and taught him how to make soil on his own. Ruiz said that knowledge will give him better access to food and medicinal plants regardless of his financial situation.

“That was just really significant to me with wanting to really encourage sovereignty, whether it’s over food or herbalism—all the things relating to our health,” Ruiz said of Holtham’s gift. “Our soil is where it all starts, and so being able to do that and learn how to create it on my own is really powerful.”

Across the country in California, soil also came in the form of a gift to Lake Tahoe resident Susi Lippuner.

Lippuner, 60, always wanted to garden, but she just couldn’t get started. Living high in the mountains poses unique challenges—hard soil, a short growing season, and severe weather. Moreover, Lippuner’s sensitivities to a number of environmental irritants have made most yard work unbearable.

So last spring, neighbor Polly Ryan assembled a vegetable patch for Lippuner outside of her mobile home using leftover topsoil, chicken manure, worm castings, and seedlings from her own garden. Lippuner then added an irrigation system.

She grew cauliflower, bok choy, and several varieties of kale.

“I would enjoy being out at night, just as the sun was going down, watering my plants and cultivating life.”

Now she’s paying the gift forward. Lippuner estimates that she gave away about half of her first harvest to neighbors. It’s been “a bonding experience and community building in a small way,” she said.

For similar reasons, Holtham plans to expand his agricultural projects to include other Charlotte-based farmers and food groups who can assist with materials and labor. This could make a larger impact.

Most people interested in his soil generally have an affinity for growing their own food. He hopes to help others who might not—especially those who are food insecure.

“I believe food should be free, and it actually can be free,” Holtham said. “Because soil is free and seeds are free. You can go to the store and buy 30 seeds of red amaranth. Those 30 plants grow and they give out millions of seeds. So you have amaranth for life.”

2. Heat: The piles should get to 120 degrees from bacterial activity.

4. Aeration: He uses a little tiller to go through the rows every few days.

5. Extra nutrients: A microbial finish in the worm bin.

LIZ BRAZILE reports for Crosscut and KCTS 9 as Cascade Public Media’s Emerging Journalist Fellow. She is a former solutions reporting intern for YES!