Liz Marshall describes the subject of her latest documentary as the ‘genesis phase of something that could change the world.’

Even before COVID-19 highlighted the dangers, industrialized meat production was one of the grimmest industries on the planet, contributing to greenhouse gases, pollution and the misery of untold numbers of animals, as well as humans.

What if there was another way?
Director Liz Marshall’s newest film Meat the Future offers solutions for people looking for alternatives to conventional meat.

Marshall is an activist and documentary filmmaker. Her 2010 film Water on the Table looked at the pioneering work of Maude Barlow, and The Ghosts in Our Machine followed animal photographer Jo-Anne McArthur as she set out to uncover the realities of animal exploitation.

Meat the Future charts the birth of a new industry — “clean meat.” As the film explains, clean meat is grown in a lab using stem cells taken from living animals. “Clean” refers to the idea that it’s both more sanitary (created in a sterile environment) and less morally fraught than the conventional stuff (meat from butchered animals). It’s also better for the environment as it doesn’t require feedlots, seas of manure and slaughterhouses.

While still in its infancy, the concept has attracted investments from billionaires and giant corporations and may offer a solution to a hungry world.

Meat the Future is available on the CBC Gem app and will also screen as part of the online programming offered in Hot Docs Canadian International Documentary Festival beginning on May 28.

The Tyee spoke to Marshall about the possibility of a large-scale transition in how we live and eat on this planet, as well as how we conceive of the lives of animals. This interview has been lightly edited for length and clarity. 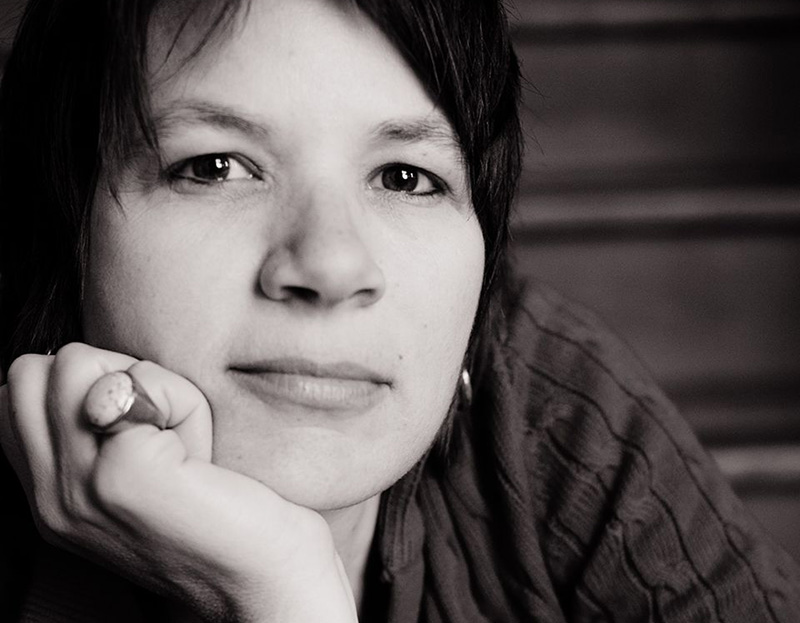 The Tyee: Meatpacking plants in the U.S. and Canada have become the epicentres for many COVID-19 outbreaks. Do you think this will hasten the end of these industries?

Liz Marshall: Meat the Future is an exclusive story that chronicles the birth of a revolutionary industry through the eyes of its innovators and change-makers. Contrary to how it might seem to those learning about “cultivated meat,” also referred to as “clean meat,” “cell-based meat” and “cultured meat,” it’s not a story about disrupters taking on a powerful villain. Instead, it is about an idea whose time has come.

Dr. Uma Valeti, a Mayo Clinic-trained cardiologist turned entrepreneur is the co-founder and CEO of Memphis Meats, the startup story at the heart of the film. Uma’s approach and philosophy and his rise in prominence is charted over 3.5 years in Meat the Future, as he successfully attracts historic investment, including from two of the world’s largest meat industry companies: Cargill and Tyson.

In the film Uma says “The meat industry knows that they can’t meet the demand of the people. And if the demand for meat is going to double by 2050, there is just no method of production that they have at their disposal now that would satisfy that hunger for meat. There just isn’t.”

With the meat industry in our view more than ever, the timeliness of cell-based meat couldn’t be more prescient, and perhaps the transformation needed will accelerate under the weight of this COVID-19 reality.

With meat consumption doubling by 2050, and the connection between climate change and factory farming being well-established, people are looking for alternatives. Can “clean meat” meet the demand in the coming years?

To provide some context, the conventional meat industry is valued at roughly $1.4 trillion per year, providing animal protein to the vast majority of the world.

Since 2015, the emerging field of cultured meat has evolved rapidly, with startups popping up all over the world from North America to Europe, the Middle East and Asia. The anticipated trajectory of the cultivated meat industry is for products to be regulated and available by 2022.

To begin, people will pay a premium, the same way people pay a premium for grass-fed beef. The ability to scale up significantly, to be on par with conventional meat, will take time. By 2030, the cell-based meat industry could be a multi-billion-dollar enterprise.

Given the explosive growth of plant-based meat alternatives, what does “clean meat” offer that’s different?

“Clean meat” is real meat grown from animal cells in a sterile environment without the need to breed, raise and slaughter animals. Memphis Meats and the other clean meat startups — scientists, researchers, food innovators — are laser-focused on mastering the taste and texture of their product, with the goal of appealing to meat eaters.

I am sure some ethical vegetarians and vegans will try or integrate cultured meat into their diets, but ultimately this is a food innovation geared towards a hungry meat-eating world. As populations increase and as developing economies grow, meat consumption is expected to double in 30 years.

Do you foresee the movement away from factory farming expanding into other areas of food production like eggs and milk?

Yes, it is already under way. The umbrella term is “cellular agriculture.” The production of real meat, fish, eggs and dairy grown and harvested directly from cell cultures.

When your film The Ghosts in Our Machine was released in 2013, some people were scared to watch the film because they didn’t want to witness acts of cruelty against animals. But people are still able to disconnect from the reality of what happens on factory farms and in slaughterhouses. How do you understand this level of cognitive dissonance?

The Ghosts in Our Machine is challenging because of its moral complexity. And the cognitive dissonance you refer to is pervasive and profound. Yet the film has reached hundreds of thousands of viewers on every continent.

John Robbins’ influential book Diet for a New America changed my life. In 1990, I chose to stop eating meat for ethical reasons related to a newfound awareness about the cumbersome volume of resources necessary to produce meat, its inequities affecting world hunger, its treatment of animals and the consequences to the environment.

I recognize that I am still a minority in my decision to not eat animals and that most people, even if they intellectually or emotionally agree with my perspective, continue to eat meat. So, it seems both intuitive and logical that we are ready to embark on the next frontier of human ingenuity.

The industry’s brutality extends not only to animals, but to people as well. According to a recent article in USA Today: “The meatpacking industry already has been notorious for poor working conditions even before the coronavirus pandemic. Meat and poultry employees have among the highest illness rates of all manufacturing employees and are less likely to report injuries and illness than any other type of worker, federal watchdog reports have found.”

What do you think it will take to truly shift public perception?

I would hope that people make decisions based on ethics, like the plight of stressed and sick workers in meat packing plants, the misery of billions of animals, environmental destruction such as air pollution, water shortages, water pollution and the loss of biodiversity. Consumer polls show, however, that cost, taste and convenience largely determine people’s choices when it comes to meat consumption, not ethics.

Will this change, and/or will people adapt to a changing world? Will cell-based meat become normative? Like a historic document, Meat the Future is timeless, about the genesis phase of something that could change the world.