The pandemic is devastating economies. As countries look to revive growth, recovery must go with — not against — the grain of nature. 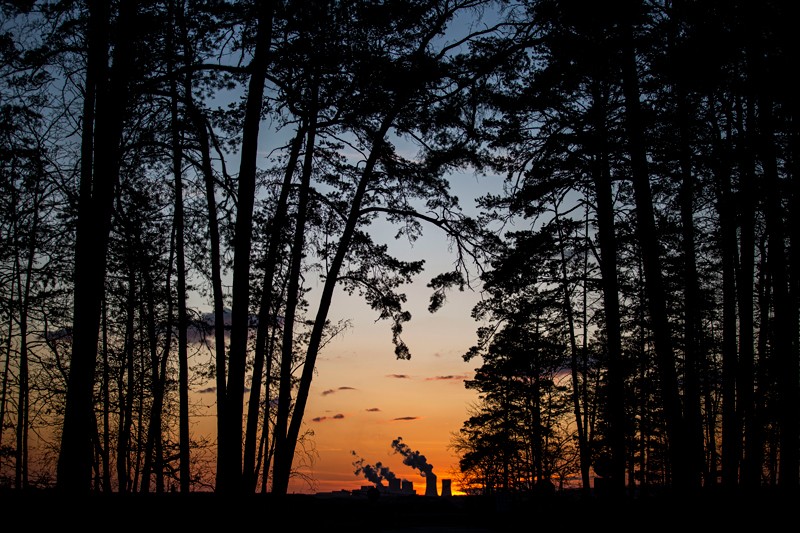 Governments must resist supporting carbon-intensive industries such as coal-fired power in the dash for growth.Credit: Florian Gaertner/Photothek/Getty

“The problem with the notion that nature is indestructible is this: it is wrong. Once economists accept that they are mistaken on this count, it could revolutionize the way in which we calculate economic progress — or the lack of thereof — especially in developing countries.”

Thus wrote economist Partha Dasgupta in a Nature essay in 2008 (P. Dasgupta Nature 456, 44; 2008). The work is a lament for Earth, directed at his colleagues who study economic growth and mistakenly think that the natural resources on which we depend — from forests to fossil fuels — will always be there.

But he was optimistic, too. “It is only a matter of time before economics makes room for nature,” he wrote. And it seems he was right. Times have changed. More economics researchers are collaborating with ecologists — and vice versa. And businesses and government agencies have become ever more aware of our dependence on the fragile natural world. But there’s still one category of government department that is largely sticking to the old script. Most national ministries of finance and economics — arguably the most powerful departments of government — have been stubbornly resistant to redrawing their pictures of economic life. Until now.

The reports of the Millennium Ecosystem Assessment and the Intergovernmental Science–Policy Platform on Biodiversity and Ecosystem Services have helped to sensitize governments to biodiversity’s unprecedented rate of decline — and to the fact that at least one million species are at risk of extinction. And finance ministries have been taking note on what this means for their work.

For some years, policymakers across China have been adopting a metric called gross ecosystem product, which is a measure of the monetary value of those ecosystem goods and services that benefit people — such as flood protection or clean water.

Other countries are catching up, and last year, the UK Treasury turned to Dasgupta for advice, and gave him three ‘homework’ questions: what are biodiversity’s economic benefits; what are the economic costs when biodiversity is lost — for example, how much more would we have to pay if all pollination had to be performed by humans; and what practical actions can be taken to enhance both biodiversity and economic prosperity.

Last week, Dasgupta’s team released its work in progress in the form of an interim report. It reminds its audience of economic policymakers that all human life is part of — and dependent on — natural capital and ecosystem services, which economic systems do not typically value, and which are now declining. If natural capital continues to shrink, standards of living will also eventually decline — even if growth, as measured by gross domestic product, continues to rise. Tantalizingly, the report holds back on providing examples of success stories and options for change, for which we must wait for the final version. The team is inviting feedback: readers can send comments until 1 June.

The interim report could not have been better timed — not only for the United Kingdom, but globally. The coronavirus pandemic is decimating economies. Heads of government, ministers of finance and lending agencies such as the World Bank and the International Monetary Fund are providing trillions of dollars in stimulus funding to keep economies going. But the need to urgently revive economic activity is fuelling concerns that this could come at the expense of environmental sustainability.

That isn’t the only worry. Several of this year’s key international environmental meetings — conferences led by the United Nations on climate change, biodiversity and the Sustainable Development Goals — have been postponed. The conference of the parties to the UN biodiversity convention, which would have taken place in Kunming, China, was meant to include a discussion on how and when to incorporate biodiversity into economic planning. That these meetings have been pushed back with no new scheduled dates should sound an alarm.

Fortunately, another key multilateral process — the next revision to the UN System of National Accounts (SNA) — is getting under way. The SNA is the global standard for measuring economic activity. Revising these rules is an infrequent event and will take five years to complete. Since the first publication in 1953, there have been just five revisions — the most recent in 2008. Now, for the first time, this process will include debate and discussion on how economic measurement can better account for sustainability and well-being — and also the value of the digital economy.

The significance of this development for environmental sustainability cannot be overstated. And it makes the Dasgupta review’s timing and message — that economic health depends on ecological health — even more important and necessary. It is also why the final report needs to be delivered on schedule this autumn, with concrete options for how nature can be incorporated into the work of institutions for economic planning.

Every nation’s economic plans and policies are rightly pivoting to dealing with COVID-19 and its effects. But as economies are revived, now is the right time to make up for past omissions — and rebuild them in a way that takes nature’s true value into account.

A strong signal from an independent report commissioned by the finance ministry of one of the world’s richest nations could go a long way in persuading its counterparts around the world that much-needed economic recovery must go with — and not against — the grain of nature. SOURCE