Ways we feed ourselves have to change. In Finland, a glimpse of the future? 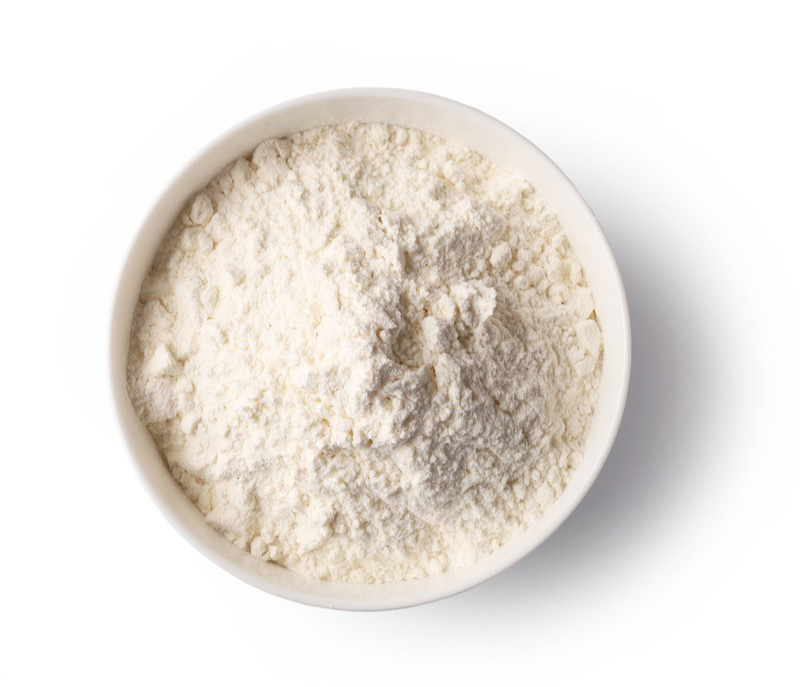 Flour made by Solar Foods out of water, CO2, electricity, bacteria and some vitamins. Photo: Solar Foods.

The pandemic has undone agribusiness as usual. Outbreaks in meat-packing plants threaten to snap the links in the North American food chain. Meanwhile, the UN World Food Programme has warned of a hunger pandemic by the end of the year, with over a quarter of a billion people trapped in a vicious circle. Already malnourished, their immune systems won’t be able to fight COVID-19, so they’ll be too sick to raise crops or find jobs.

Who is developing potential solutions? One place to look is Finland, a small, cold country with the population of British Columbia. There, in a nondescript brick building in the small university town of Lappeenranta, a startup company is out to disrupt the 10,000-year epoch that humanity has devoted to agriculture. If they succeed, their product will hasten the transformation of civilizations built on farming.

The company, Solar Foods, has developed a way to create food out of thin air — more precisely, out of water, CO2, electricity, bacteria and some vitamins. By a fermentation process much like making beer, the company feeds bacteria on CO2 and hydrogen produced by electrolysis; the electricity comes from a renewable source. Dried, the bacteria are converted into a white powder that tastes and behaves like flour, with 50 per cent protein, 5 to 10 per cent fat, and 20 to 25 percent carbohydrates.

At present Solar Foods says it’s producing about a kilo of solein a day. By late next year it expects to produce 50 million meals per year, and by 2023 2 billion meals — while earning revenues of US$800 million to $1.2 billion.

The company argues that solein is far superior to agriculture on environmental and climatic grounds: “the minimum greenhouse gas emission level per kilogram of protein produced by Solar Foods was 0.4 kilograms CO2, compared to 45 kilograms for beef and 2 kilograms for best performing plants.”

What’s more, solein production requires only about 10 per cent of the land area required by agriculture and livestock — or even less, if solein is produced in high-rise towers. The land we now use to grow food for ourselves and our livestock wouldn’t be needed.

The age of designer proteins

Let’s assume that solein is everything its inventors say it is. It’s also a proof of concept, that “designer proteins” can be grown at little or no environmental cost. Others will be eager to compete with the Finns, to grow similar proteins faster, cheaper and more abundantly, and to shape them into foods both familiar and strange. As with computers, miniaturization will likely follow, until a programmable food synthesizer is just another kitchen appliance. At that point a varied and nutritious diet would be available for everyone for pennies per meal.

But what happens to the people who now produce our food the way they’ve been doing it for 10,000 years?

It won’t be total disaster, but it will be pretty bad. If you can grow your own steaks and pork roasts, you don’t need cattle and pigs, or the people and crops that feed them, or the people who slaughter and butcher them. You also don’t need the antibiotic producers who sell to agriculture and thereby increase the danger of antibiotic resistance to human diseases, or the truckers who deliver meat to wholesalers and supermarkets.

You won’t need the vast wheat fields of the Prairies either, or tractors, or combines, or trains and ships to deliver grain across the country and around the world.

It could well happen that fruits, vegetables and specialty foods will survive for a time, permitting boutique agriculture. When cheap food is universal, the rich will make a point of conspicuous consumption of “real food,” like burgers made with real dead cows and real milled wheat, washed down with real crushed-grapes wine. But the rebellious children of the rich will likely prefer nutritionally complete synthetic potato chips and eight per cent craft beer they brew themselves in their bedrooms — next to the 3D printers where they make tomorrow morning’s clothes.

All of this may sound like science fiction at a moment when, from India to Kenya, swarms of locusts are devouring everything in sight while laying eggs for still larger swarms in a few weeks. But the compounding crises of virus and insect plagues should cause us to heed the author Jared Diamond, who calls the invention of agriculture “the worst mistake in the history of the human race.”

“With agriculture,” said Diamond, “came the gross social and sexual inequality, the disease and despotism, that curse our existence.” And agriculture also pumps CO2 into the atmosphere and chemicals into the water, poisoning the whole planet. Synthetic protein may help change those dynamics, setting off a positive chain reaction.

Farmland back to forest

The impact of designer proteins could be like the introduction of European diseases in the Americas after Columbus: vast areas of farmland will revert to forest or grass or swamp. As we have seen in this pandemic’s lockdowns, wild animals will promptly reoccupy their old turf. New vegetation, as well as solein production, will suck CO2 out of the atmosphere, tempering the rise in temperatures and sea levels.

Maybe the bison will return to the Prairies, or vast herds of the cattle for which we now have no use. They will be a bonanza for wolves.

But what about the farmers and ranchers? They wield a lot of political influence, but they’re a very small part of the population: about 272,000 in 2016, down from 294,000 in 2011. They’re getting older, and they’re making ends meet by working off the farm. They might be content to let their farms return to forest or prairie while they move into comfortable retirement in Saskatoon or Calgary.

Overseas would be another story: in the sub-Saharan African nations, climate change has pushed pastoral peoples and their herds south into farming regions and endless low-level warfare. The farmers might also abandon their land, or keep it by providing the pastoralists with food synthesizers to made cattle fodder.

In the developing world, synthetic food would free billions of peasants from bondage to their land. Forests would grow back, and the viruses that thrive on wildlife would have less reason to spill over into humans for yet more pandemics.

But what would the peasants do with themselves? March on the local castle with pitchforks and torches?

More likely they would relax and enjoy life as their social masters have for 10,000 years: by developing their cultures, learning new skills, debating religion, intriguing against one another, and doing anything else they want to. Just as ancient land-owning aristocrats played at being hunters, ex-peasants might compete to grow the best cornfield in Guatemala and the most productive rice paddy in Laos.

Those fields and paddies, and the cities of their owners, would be clearings in a new wilderness of forests, grasslands and tropical jungles — and even arctic tundra, if we can pull enough CO2 back out of the air and turn it into food.

Of course growing synthetic food to feed seven billion people sounds like an impossible idea — especially when it also involves saving the planet from becoming Hothouse Earth. But it increasingly seems an impossible idea to go back to the world of 2019 and pretend to do business as we did then. That world appears gone forever.