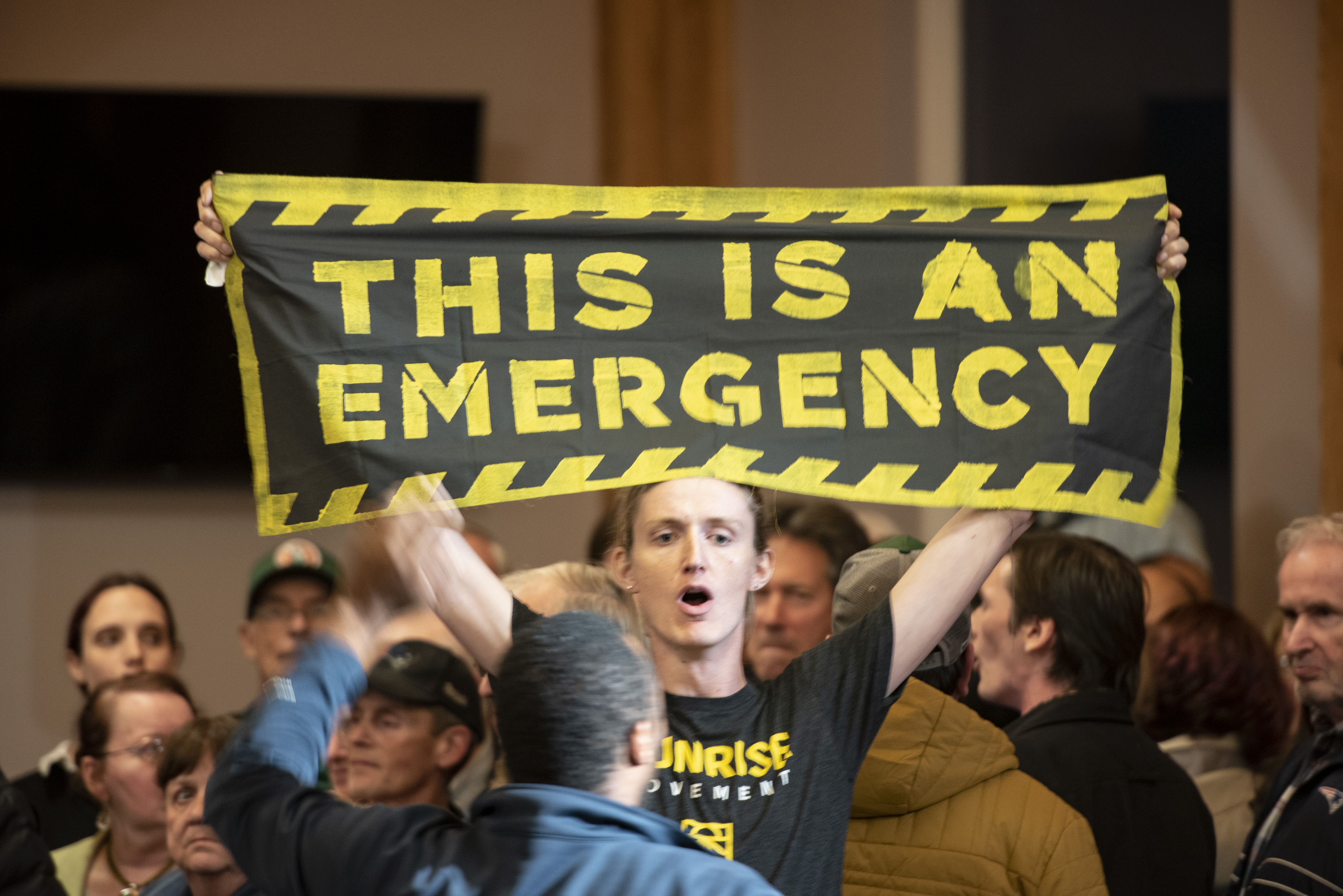 More than 11,000 scientists from around the world have declared a ‘climate emergency

The Bulletin of the Atomic Scientists have set the Doomsday Clock at 2 minutes to midnight  This is ‘the new abnormal’: the point where fact is becoming indistinguishable from fiction. The clock tells us humanity is quickly running out of time to act.

More than ever before, we need to ignore climate criminals and listen to climate scientists.

“The IPCC Fifth Assessment for Policy makers is solid proof of the unprecedented crime represented by today’s level and rate of increase in atmospheric greenhouse gas pollution…As governments from high-emitting countries continue against the will of their own citizens and of the nations most vulnerable to climate change –to allow the global climate catastrophe to unfold – they simply cannot say they did not know.”

This is what climate science tells us:

At present global warming is just over 1% C. above 19th century levels.  Our average CO2 concentration now is  407ppm and climbing. If we continue ‘business-as-usual’ we are headed toward 3 to 4 degrees C of warming. Essentially we would be welcoming hell on earth.

Locked into 2 degrees C therefore requires reducing emissions by 40% by 2030, dropping all emissions to net-zero by mid century, and removing, some CO2 from the atmosphere.

In 2015  scientists of the Intergovernmental Panel on Climate Change (IPCC)  shifted the definition of what they believe is the “safe” limit of climate change from 2 degrees C to 1.5 degrees C of warming. They calculate at 1.5 degrees C or less, 10 million fewer people would lose their homes from rising seas; 2 million Sq KM of permafrost would be saved over centuries; a 50% reduction of the global population experiencing water scarcity; a one % limit on sea-ice-free Arctic summers; a 50% reduction of species losing half their geographic range.

As a result, global emissions of the three main GHGs–CO2, methane, and nitrous oxide (NO2)–must therefore decline on an immediate emergency basis now.

Canadians have to stop putting additional Co2, methane, nitrous oxide (NO2) into the atmosphere; set hard targets to reduce greenhouse gasses by 40% by 2030; and zero emissions by mid century. Canada needs to promote an immediate global emergency response to move to net-zero carbon emissions.

Using near-zero combustion energy we can rebuild our energy infrastructure using solar and wind. The best sources of near-zero energy at the moment are nuclear and concentrated solar power. This is why climate scientist James Hansen recommends nuclear power to quickly transition to wind and solar. We need to rebuild with 100% zero combustion energy our energy infrastructure.

Although portable fission reactors have been used successfully for decades in nuclear submarines, developing safe, portable fission reactors to deploy the technology widely will simply take too much time and money. The same objection holds for carbon capture and storage (CCS) which rarely gets close to  zero-carbon. Money is better spent on readily available near-zero-carbon technologies: offshore and onshore wind, solar, geothermal, hydro, and ocean power.

We can’t keep putting greenhouse gasses into the atmosphere.

The global food system is  responsible for up to one-third of all greenhouse gas emissions. IPCC scientists warn: “About 50% of a CO2 increase will be removed from the atmosphere within 30 years, and a further 30% will be removed within a few centuries. The remaining 20% may stay in the atmosphere for many thousands of years.”

Methane is 70 to 80% more powerful than CO2. Nitrous oxide (NO2) has 260 times the global warming potential of CO2 and is persistent and cumulative over 120 years.

Present and future technologies to help reduce our environmental footprint play a key role in transitioning to the new green economy. We should invest heavily in R&D to take full advantage of their economic potential. This new economy will produce hundreds of thousands of good, well-paying, life-affirming jobs.

Ron Hart is a member of the County Sustainability Group