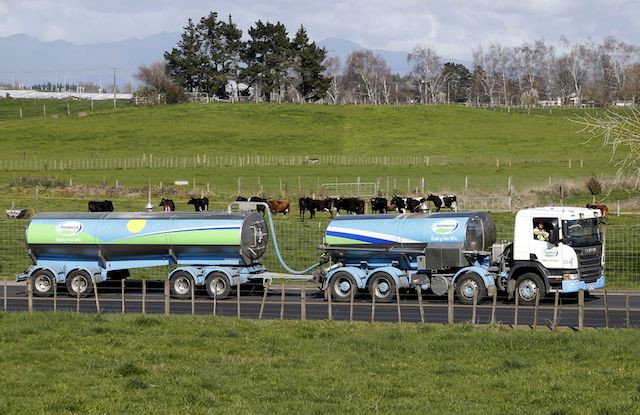 WELLINGTON, May 6 (Reuters) – A new school curriculum in New Zealand that tells students how to tackle climate change deniers and advises them to eat less dairy and meat has upset its farming community, which makes up the backbone of the country’s economy.

Farmers say they feel targeted by the new course, adding to frustrations over a centre-left coalition government push for them to reduce carbon emissions and clean up waterways, part of a plan for the country to be carbon neutral by 2050.

Launched in January and aimed at secondary school students in a country that celebrates its 100% pure image, the course is based on material from leading science agencies and explains the impact of climate change and how students can contribute.

It points to intensive agriculture as one cause of greenhouse gases and includes advice to eat less dairy and meat, have meatless days each week, eat more fruit and vegetables, drive less, recycle and buy second hand when possible.

However, some farmers say the message is unfair.

“If they are going to continue to bite the hand that feeds them, and farming feeds New Zealand, then they are going to lose out in the long term,” said dairy farmer Malcolm Lumsden from the country’s northern Waikato region.

Agricultural goods make up more than 60% of New Zealand’s exports, with demand for its grass-fed dairy and meat products soaring in the past decade, especially from China.

Tim van de Molen, a parliamentarian with the opposition National Party, said he has no problem with climate change being taught in schools, but the issue goes beyond farming.

“What we are seeing currently around proposals where people should be looking to have Meatless Mondays or that dairy farming is terrible for the climate, those sorts of things are very opinionated and don’t have a clear scientific basis,” he said.

“It’s clear that farming has an impact on the climate — so does everything, and so that’s where we need to be very clear.”

However, Green party member Lourdes Vano said she believed climate change represented a gap in the education system, and including it in the curriculum could also help reduce “climate anxiety”.

The course is not compulsory and the education ministry has asked schools to consult with parents and the community before including it.

The resource has been well received by schools, said Pauline Cleaver, Associate Deputy Secretary Early Learning Student Achievement at the Education Ministry, although she did not give figures on how many had taken up the programme.

The coalition government, which faces an election in September, has defended the new curriculum as important for children growing up worried about how climate change will affect their lives.

“They see the simple fact that every year they have been alive has been one of the hottest on record and they expect us to act,” Climate Change Minister James Shaw said after its launch. SOURCE