Citing the COVID-19 pandemic, the B.C. government has given oil and gas companies a reprieve from making their annual contributions — worth more than $11 million this year — to a fund for cleaning up orphan wells that could pose a threat to the environment.

The B.C. Oil and Gas Commission posted the notice on its website on April 16 — the day before Prime Minister Justin Trudeau announced the federal government will shell out $1.7 billion to clean up orphan and inactive oil and gas wells in Alberta, Saskatchewan and B.C.

The break for oil and gas companies came shortly after the Canadian Association of Petroleum Producers sent a series of letters to the federal government asking it to reduce environmental liabilities and “temporarily suspend, delay or reconsider certain regulatory actions that will add costs to industry at this time.”

The postponement of the orphan well liability levy was announced in an information bulletin listing the commission’s “initial” actions in response to the pandemic. It came just two days after yet another gas operator in B.C., Calgary-based Delphi Energy Corp., filed for creditor protection, leaving 15 wells that could be added to B.C.’s growing tally of orphans.

That tally is expected to double this year, to as many as 750 wells, according to the B.C. Oil and Gas Commission.

“To me it’s unfathomable at this point, when we have multibillion-dollar liabilities across the country with respect to oil and gas development, that a government in Canada would simply lift the need to have companies pay for the damage they produce.”

Marshall said the big question is how the liability levy — invoiced once a year, on April 1 — will be repaid. The B.C. Oil and Gas Commission has not said when, or if, companies will be invoiced this year.

“Will the B.C. government, in the future, increase the amount of money that needs to be paid into that levy from oil and gas companies?” Marshall asked.

“Or will it be the B.C. government, or inevitably the federal government, that’s going to pay for that? When it’s government paying … it’s taxpayers who pay.”

Marshall said many oil and gas companies made huge profits in 2019 and continue to pay dividends to shareholders and generous compensation to their executives.

“It is disturbing that the big oil lobby has been pushing for this and even worse that governments are granting these kinds of concessions, which essentially put the liability for oil and gas development on to citizens and not the oil and gas companies that are profiting from the development.”

John Werring, a senior scientist and policy analyst with the David Suzuki Foundation who has documented fugitive emissions from wells, said the decision to give oil and gas companies a reprieve from the orphan well liability levy “makes no sense.”

“The fund is underfunded as it is. The oil and gas commission can’t even keep up with the number of orphan oil and gas wells,” he said in an interview.

The federal government funding was not intended to be a hand-out to industry but a stimulus to create jobs, while addressing the escalating problem of orphan wells and the lack of sufficient funds to clean them up at a reasonable pace, Werring said.

“If that shortfall is made up by the federal government, then the rest of the country is paying for what the industry in B.C. is required to do by law.”

Negotiations underway to determine how $120 million will be spent

The bulk of federal funding for clearing up orphan and inactive wells — $1 billion — went to Alberta, while $400 million was designated for Saskatchewan and $120 million for B.C.

Before the federal announcement, the B.C. Oil and Gas Commission anticipated a $36-million deficit this year in its orphan site reclamation fund, a threefold increase from last year.

The liability levy covers the cost of annual orphan well clean-ups, which are necessary to reduce the likelihood that oil, methane gas and saline water will move up through the well into freshwater aquifers, surface water, the ground or the atmosphere. The levy was set to increase to $15 million next year.

In an emailed response to questions from The Narwhal, the commission said invoicing for the orphan well liability levy will continue to be postponed while negotiations between the federal government and the B.C. Ministry of Energy, Mines and Petroleum Resources are underway to determine how the $120 million earmarked for B.C. will be spent.

The commission said two new wells have been added to the orphan well tally of 346 it reported in February in its annual service plan.

That compares with a total of 45 orphan wells four years ago.

The number of orphan wells in B.C. is poised to double this year once 300 to 400 wells belonging to an insolvent company called Ranch Energy are added to the list — leaving the oil and gas commission to find an estimated $34 million for Ranch’s clean-up costs.

Three dozen landowners in the Peace region are also owed about half a million dollars in unpaid rent from Ranch’s bankruptcy.

Ranch, a Calgary-based company, went into receivership in 2018, leaving behind 700 wells, a sea of debt and a large leaking fracking pond 400 kilometres north of Fort St. John.

Orphan wells are only designated once bankruptcy proceedings are complete.

The oil and gas commission said it collected “full” security of $1.57 million from Delphi prior to the company’s financial woes — an amount the commission said will cover the estimated cost of decommissioning and restoring the company’s wells. Yet, based on an estimate from B.C.’s former auditor general, $1.57 million is likely not enough to cover the cost of clean-up if all 15 wells are designated orphans.

Restoring oil and gas wells is a multi-year process. First, wells need to be decommissioned, or sealed with cement. Full reclamation involves cleaning up contamination and restoring the land to pre-activity conditions.

It costs an average $370,000 to seal a well and restore a site, according to a 2019 report by former B.C. auditor general Carol Bellringer.

At that average cost, the clean-up bill for the 15 Delphi wells would be $5.5 million.

Prior to the federal government announcement, B.C. taxpayers had not paid for any orphan well clean-ups, which are proceeding at a glacial pace.

The oil and gas commission’s stated goal is to clean up and restore all orphan wells in B.C. within 10 years of their designation as orphans.

But last year, according to the commission’s service plan, only four orphan wells were restored as 10 new orphan wells were added to the list — seven from an insolvent company called Sun Oil and three from Calgary-based Success Energy, which failed last year.

This year, the oil and gas commission plans to reclaim 15 wells.

In its service plan, the commission also said it aims to restore 25 wells two years from now and 35 wells three years down the road.

The commission budgeted $10.5 million for reclamation this year, $12 million next year, and $10 million and $9 million in each of the following years, according to its service plan.

In an emailed response to questions, the ministry said details about the use of federal funding to support the clean-up of orphan wells is “being finalized” and will be announced shortly.

Richard Wong, manager of operations with the Canadian Association of Petroleum Producers, said in an email that the association continues to support the “efficient and timely closure of orphaned and inactive sites across Western Canada.” 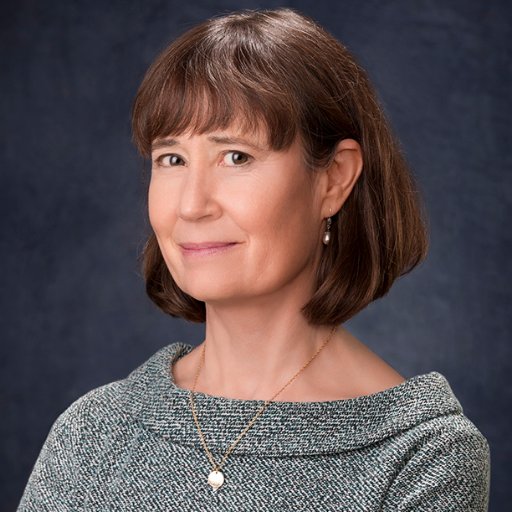 Sarah Cox is an award-winning author and journalist based in Victoria, B.C. She got her start in journalism at UBC’s student newspaper The Ubyssey and went on to work as a staff reporter for the Vancouver Sun and Ottawa Citizen. Sarah is the author of the 2018 book Breaching the Peace: The Site C Dam and a Valley’s Stand Against Big Hydro. The book won a B.C. Book Prize and was a finalist for the Shaughnessy Cohen Prize for Political Writing and the George Ryga award for social awareness.  @sarahcox_bc sarah@thenarwhal.ca