The PM says new measures are expected in “coming days or week.” 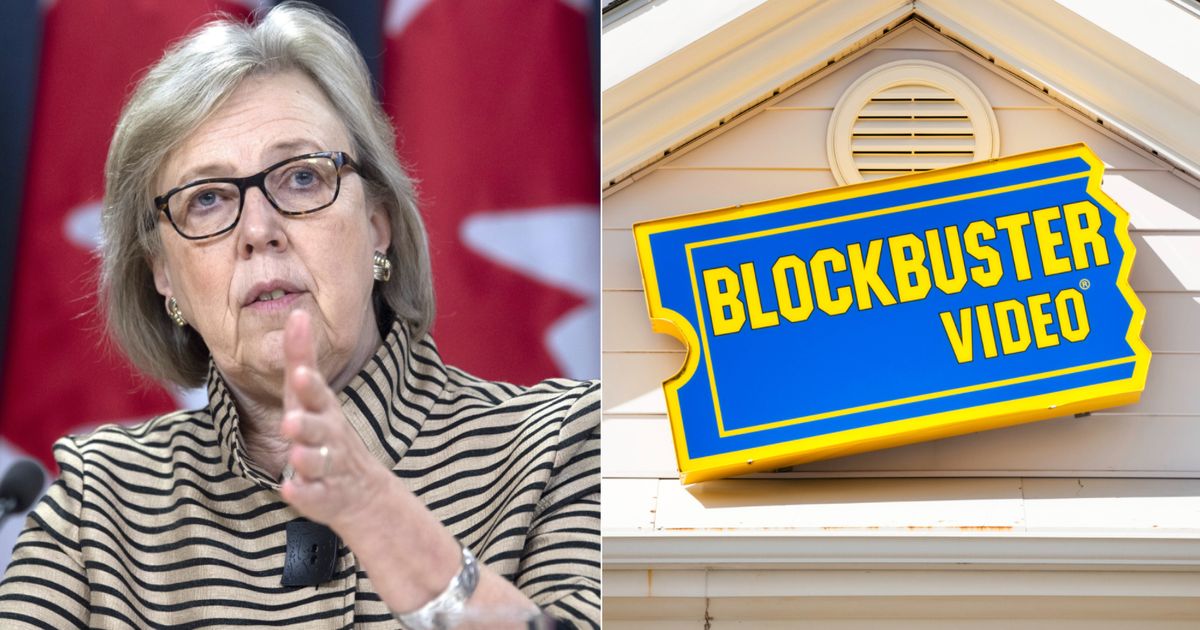 OTTAWA — Elizabeth May says “oil is dead” and the COVID-19 pandemic has given Canadian leaders an opportunity to “stop and think” about ways to adjust the economy to a new reality.

The Green Party parliamentary leader told reporters Wednesday, ahead of the House of Commons’ in-person meeting of the special committee on the COVID-19 pandemic, that the crisis has pummelled oil prices and there’s no coming back.

“Just as much as Blockbuster Video thought it had a solid business proposition — til Netflix came along — that’s the kind of disruption we’re seeing in the energy sector,” May said. “And betting on Blockbuster Video right now would not be a good way to spend our money.”

The country’s energy sector contributed to more than 10 per cent to the nominal Gross Domestic Product in 2018, according to Natural Resources Canada. Since then, the industry has been plunged into a crisis with dropping demand and a price war between Saudi Arabia and Russia that forced prices to hit historic lows.

Watch: What does $0 oil mean for Canada, and the oil provinces?

May said it’s “enormously important” to diversify Alberta’s economy, of which more than 27 per cent was attributable to mining, quarrying, and oil and gas extraction in 2018, to help workers train and transition to jobs in the renewable energy sector.

Speaking about oil, May said, “the idea that we have a product that the world wants — that idea is delusional.”

Bloc Québécois Yves-François Blanchet shared much of the same sentiments, describing the fate of the oilsands as “condemned.”

The Bloc leader suggested the $12.6 billion the federal government earmarked for the Trans Mountain pipeline would be better spent helping Alberta make a “necessary transition” to renewable and green energy.

RBC Economic issued a forecast in March projecting Alberta’s economic decline will be the “most severe” the province has ever experienced in a single year, and “the largest in Canada,” due to the continued contraction of the oil industry, coalesced with the COVID-19 pandemic.

These economic conditions mean workers will need a “helping hand” to get through these “huge challenges,” New Democratic Party Leader Jagmeet Singh said in an Ottawa press conference.

Singh told reporters the future is “clearly one of renewable energy, green energy.” Oilsands production is no longer sustainable for the long run, he said.

“There are no longer any long-term jobs available in that sector and Canadians across the country deserve much better than what we’ve seen in the past,” Singh said in French.

Earlier this year, Teck Resources pulled its application for its $20.6-billion Frontier Oilsands Mine Project citing “no constructive path forward for the project.” Conservative Leader Andrew Scheer blamed “political unrest” at the time for killing 7,000 jobs that would have been linked to the project if it were approved.

These conditions, she explained, will foster increased international demand for oil and gas again.

HRS
since @Bill_Morneau promised credit for SM energy biz in hrs/days.
In 1000 hrs U can:
Watch 650 movies
Fly to AUS

almost 10 times.
Libs had more than enough time. Where is it? 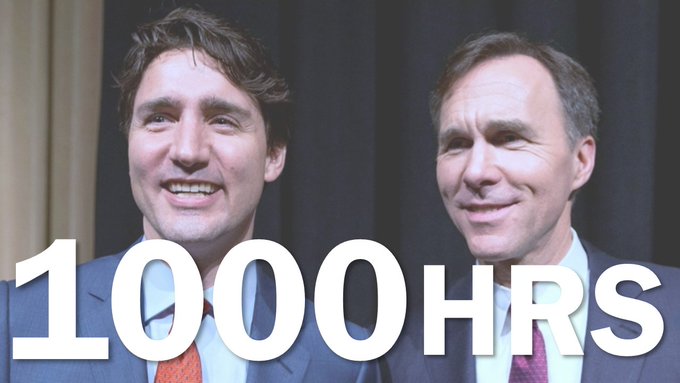 “Consumption is currently down in the midst of the global pandemic, but when the world recovers, demand will resume and then increase going into the future,” Stubbs said Wednesday, referencing growing major economies, such as India and China, as potential buyers.

“A thriving energy sector helped Canada weather the financial crisis of 2008-09, and it will be no less important to helping us recover from the hard times ahead,” she said.

The issue was also raised in the House by Conservative MP Dane Lloyd. Now that Irving Oil Ltd. refineries on the east coast are turning to Alberta to secure crude supplies, the Sturgeon River–Parkland MP asked if the government would support an east-west pipeline.

According to the Financial Post, the route recently approved by the federal government includes Alberta crude travelling south from British Columbia via tankers, through the Panama Canal and up the east coast to New Brunswick.

Last month, the government pledged $1.7 billion to help clean up orphan and inactive oil and gas wells in Saskatchewan, Alberta, and British Columbia, adding the initiative will maintain approximately 5,200 jobs.

More measures are expected to be announced for the oil and energy sectors.

Prime Minister Justin Trudeau told reporters during a press conference Monday outside his Ottawa that the federal government will be looking at “sectoral supports.” He said energy sector-related announcements will be made “in the coming days or week.” SOURCE