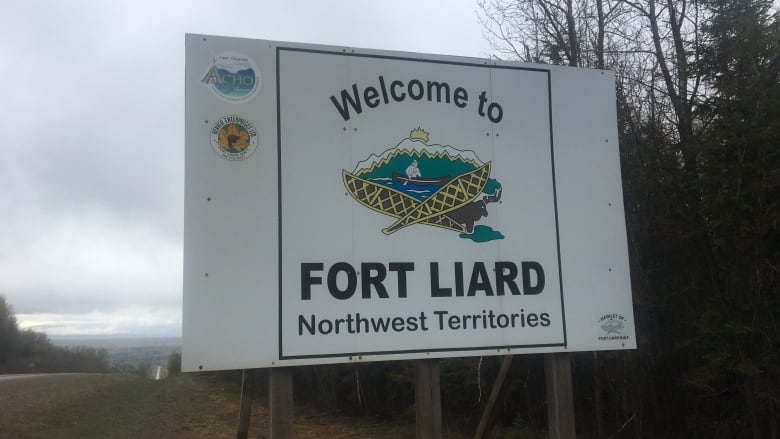 The Acho Dene Koe First Nation in Fort Liard, N.W.T., lost its court case aimed at getting the territorial government to step in to enforce community investment plan agreements it has with Paramount Resources. In court documents, the oil and gas company denies it is in breach of the agreements. (Alex Brockman/CBC)

A Dehcho First Nation is considering its next steps after failing to convince a judge to order the N.W.T. government to enforce benefits plans the First Nation has with an oil and gas company.

The Acho Dene Koe First Nation (ADKFN) of Fort Liard, N.W.T., alleges that Paramount Resources is reneging on three benefits agreements that were entered into 20 years ago. The plans set out opportunities for ADKFN business participation and annual payments into a community investment fund.

The Fort Liard First Nation argued the community investment plans were part of a benefits agreement that oil and gas companies are required to reach with indigenous groups to do exploration work on their traditional lands. It asked the territorial director of petroleum resources to enforce the plans, and went to court to challenge his decision not to do so.

“At the heart of ADKFN’s concern is a private contractual dispute with Paramount, not a proposed government action or decision,” wrote Shaner in her decision.

The judge said she has no authority to overturn the decision.

In an email, the First Nation said it will be up to the band council to decide what, if anything, it will do as a result of the decision.

“A decision as to the First Nation’s next steps will be made by council based on the recommendations of our legal, economic development corporation, and lands office input,” wrote acting band manager Boyd Clark.

New act does away with confidentiality by default

During the case, the Acho Dene Koe called on the territorial government to provide it with copies of the benefits plans related to the Paramount properties, as well as government reports on how well the company has complied with the plans.

The government initially refused to do so, saying both are considered privileged information under the Petroleum Resources Act.

Ultimately, Paramount consented to the documents being provided for the court case. But they were not part of the publicly available record and only accessible to ADKFN and the court.

Last year, the government revised the Petroleum Resources Act. The new law does away with much of the confidentiality that shrouded the old act, which the territorial government inherited from the federal government when it took control of its petroleum resources.

The Department of Industry, Tourism and Investment was the lead territorial agency in developing the new Petroleum Resources Act. According to its website, guidelines had to be developed for the act, for it to come into effect.

The department did not respond to email requests about whether the new act is in effect. SOURCE