The world is shifting and politics will not stand still, even in Alberta. 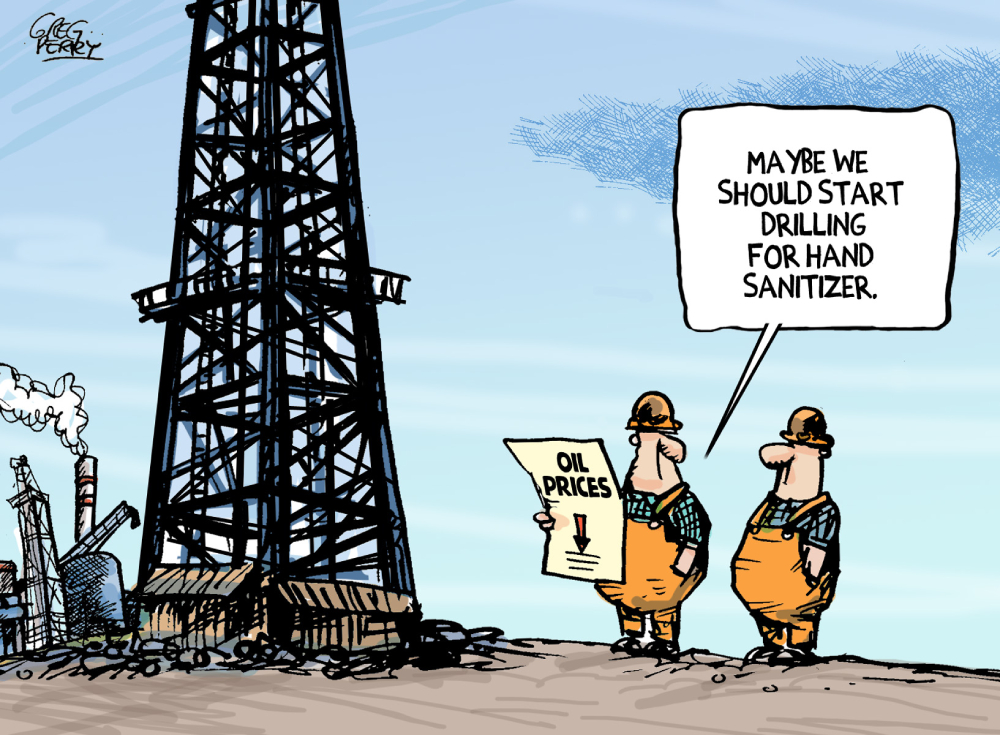 Back in 1975, the Eastman Kodak Company sold 90 per cent of the film bought in the U.S. and 85 per cent of all cameras. At one time the company employed 145,000 people worldwide.

By 2012, Kodak filed for bankruptcy protection — destroyed by disruptive digital photography technology that was invented by Kodak’s own engineers in 1975. A former vice president described what will go down as one of the great business blunders of all time: “We developed the world’s first consumer digital camera but we could not get approval to launch or sell it because of fear of the effects on the film market.”

History sometimes happens fast and those who presume they have power to restrain unfolding events can be in for an unpleasant awakening.

Which brings us to Alberta Premier Jason Kenney. Last week he expressed his outrage that a local reporter would have the temerity to ask in the midst of a global collapse in oil prices and demand whether he had thought about reaching out to politicians advancing a Green New Deal in the U.S. Apparently even exploring a hard transition away from fossil fuels is considered a thought crime by the governing United Conservative Party.

“Listen, our focus is on getting people back to work in Alberta, not pie-in-the-sky ideological schemes,” the Premier fumed. “That kind of question, in the middle of an economic crisis, from a Calgary-based media outlet — really, frankly, throws me for a loop. It sounds like you’re reporting for The Tyee or something.”

But there are some compelling reasons why Kenney might want to hop on the phone with leaders elsewhere who are betting their political fortunes on greening their economies. The world is rapidly shifting. While oil has long been a cyclical business, this is the first time in history that prices for a major benchmark blend dipped below zero.

Up until recently, the global oil market existed in a delicate balance designed to maximize profits. OPEC has been one of the most successful cartels in history and for decades helped fix prices and fine tune production close to the recent 100 million barrels per day demand. This producers club was recently expanded to include Russia and nine other nations that together control 55 per cent of global production.

This lucrative racket was upended by U.S. shale oil production that ballooned eight-fold from 2010 to 2019, making America the largest oil producer in the world. The fracking boom disrupted not only global energy prices but also undercut the main market for Alberta crude.

Whatever niceties existed between competing oil oligarchs came crashing down when the pandemic hit. Putin sent his oil minister to OPEC headquarters in March to deliver a declaration of a price war with Saudi Arabia and the U.S. fracking industry. A fragile truce was recently announced but there are reasons to doubt any discipline among ruthless rivals will persist.

Saudi Arabia can produce oil at a profit for about $10 per barrel, but to balance their bloated budget they need about prices eight times as high. Russia’s economy beyond oil and gas is fragile and anemic, and a bloodbath of bad debt is about to wash over U.S. producers. Worse news for oil-dependent economies are pandemic-related signs that peak demand may already have past.

Within this geopolitical bar room brawl, Alberta is very much a bit player in spite of the usual hometown bluster. And as one of the highest cost producers with one of the lowest value products, Alberta is not going to be the last one standing.

Politics clearly is not standing still. The U.S. has endured one the worst presidents in its history. In the midst of a pandemic where over 60,000 Americans have perished and the economy is grinding to a halt, the re-election of the hapless Trump administration is thankfully not a sure thing. If the Republicans also lose the Senate, then the Green New Deal might move from “pie-in-the-sky ideological scheme” to official U.S. policy. What then?

The Green New Deal proposal calls for moving towards zero emissions. While nothing in politics is absolute and compromise is inevitable, there are reasons why a Democratic administration would not want to alienate legions of young progressive voters hungry for fundamental change. However in the event of a global economic meltdown, U.S. policy makers may be unable to afford a hard shift away from fossil fuels. Either way, there is strong likelihood that the economy is on the brink of catastrophe or renewal. Neither of those outcomes will include another Alberta oil boom.

You would never know that looking at the reckless bets being made by Canadian policy makers with scarce public money, and at the brink of global transition. Kenney just committed up to $7.5 billion of the beleaguered Alberta treasury towards the Keystone XL pipeline — a project so economically dubious that TC Energy Corp. could not secure private sector financing. Alberta also shovels $2 billion in subsidies per year toward oil and gas along with another $600 million from the feds. Ottawa blew $4.5 billion buying the 50-year-old TMX pipeline and remains on the hook for another $12.6 billion for the now useless expansion.

This adds up to over $27 billion in taxpayer’s money committed to extracting and transporting a product recently worth less than zero. Where is our Green New Deal? What could be accomplished in Canada with a similar investment towards retrofitting homes, upgrading transit, building high-speed rail, or finally providing safe drinking water to First Nations communities?

As they have every year since 1999, the Green Budget Coalition recently submitted their annual recommendations to the federal government in hopes of making public spending less wasteful and more sustainable. This year’s effort totals 72 pages of detailed policy proposals on climate, oceans, and food production adding up to $7 billion over five years — less than one third of public money currently committed to scaling up fossil fuel extraction. The political inertia in support of a planet-destroying sector now on life support would be shocking if it wasn’t so predictable.

The management of Kodak somehow sleepwalked their century-old company into oblivion. Ten years ago the last typewriter factory in the world closed its doors. Hoping the future looks like the past does not stop history from happening. Wasting public money in the process is even more foolish. Jason Kenney, why not pick up the phone and place a call to the future?