Unless steps are taken to check global warming, up to 3 billion people will find themselves in areas too warm for human comfort, a new study finds. 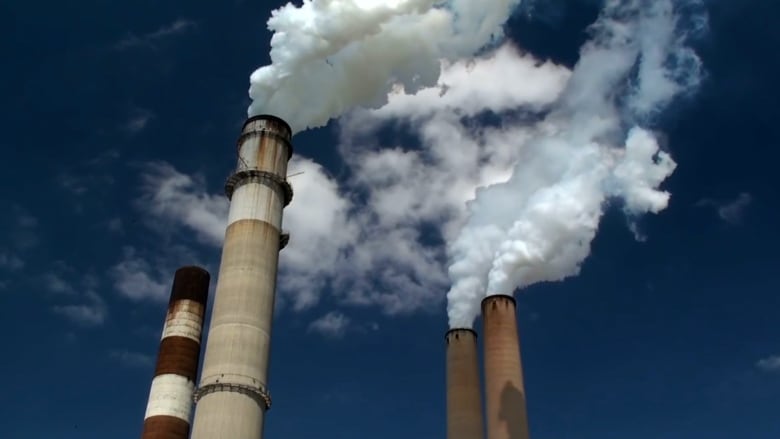 It’s taken a global, monumental effort but COVID-19 has shown us what’s possible when we collectively act. So why can’t we do the same for climate change, writes Thomas Gunton. (CBC)

While the lessons to be learned from the COVID-19 pandemic await an in-depth review, one of them is painfully obvious: Humans are very poor at anticipating and avoiding catastrophic events, even if they know they are coming.

Warnings from scientists about an impending pandemic have been circulating for decades. A series of publications in the 1990s by scientists such as Nobel laureate Joshua Lederberg highlighted the threat. In 2015, Bill Gates urged the world to prepare for a pandemic and just last year the U.S. Secretary of Health and Human Services said fears of a pandemic are what keeps him awake at night.

When the COVID-19 outbreak began in China, these warnings moved from hypothetical forecasts to real-world events.  But even this did not motivate the world to act.

It was not until the pandemic spread globally that most countries implemented mitigation measures to “flatten the curve,” only to find out they did not have the equipment or capacity to manage the outbreak because they had not prepared.

What all this shows is that humans appear to be unable to respond to a threat until they are attacked.

The reason for this seeming inability to respond to threats until we are overwhelmed is unfortunately wired into the human DNA. Psychologists refer to this as our propensity for using intuitive thinking that relies on short-term memory and “gut feeling” as a guide to making decisions.

This strategy works well in many aspects of life involving routine decisions. But it gets us into serious trouble when we face atypical, complex crises like the COVID-19 pandemic.

The problem is that by the time we understand and respond to a new crisis, much of the damage is done and it is difficult to solve. In the case of COVID-19, this has cost hundreds of thousands of lives.

The next crisis on the horizon is climate change.

Again, the warnings from science are clear. If we do not dramatically reduce emissions, we risk increasingly severe to catastrophic warming of the globe that will ultimately threaten our survival.

In B.C., we are already experiencing the early impacts, such as more severe flooding and forest fires, and the threats will only intensify over the next several decades.

With COVID-19 we have been able to flatten the curve by physical distancing and we will likely be able to eliminate the virus by means of a vaccine within a year or two.

With climate change, flattening the curve is not as easy. Once climate change reaches critical thresholds and accelerates by a series of reinforcing events, such as the release of emissions from the melting of the permafrost, there is no simple equivalent to physical distancing or a vaccine to solve the problem.

Clearly, it is possible to take steps that have immediate impact. The improvement in air quality resulting from COVID-19-induced shutdowns, for example, shows the benefits of reducing emissions. But these short-term reductions will be reversed when the restrictions ease.

And the long-term trends of climate change remain worrying. Despite the proliferation of government commitments and continued warnings from scientists, the world is on course to exceed the climate change target set by the Paris Agreement in 2015. According to the United Nations’ most recent report on emissions gaps, the Earth will warm by 3.2 C by the end of the century, more than double the Paris accord’s target of 1.5 C.

The warming trend could be even higher than 3.2 C because countries like Canada are not expected to meet their committed reductions unless new measures are implemented.  According to the UN, Canada will exceed its targets by over 15 per cent. Data recently released by the Canadian government shows our emissions actually increased in 2018.

The similarities between COVID-19 and climate change are striking. In both cases, scientists have given ample warning.  And in both cases, governments have taken mitigative but inadequate actions while the threats have been downplayed by skepticism about the likelihood and severity of the crisis, along with concerns about the economic costs of preparation and mitigation.

But there are also fundamental differences between the two. We have seen the impact of measures to reduce COVID-19 within a few weeks, which reinforces our motivation to mitigate. With climate change, the impact of mitigation are longer term and less transparent.

Also, COVID-19 can be managed — albeit at a high cost — despite our delayed response. Climate change, on the other hand, will be beyond our capacity to manage if we leave it too late.

The good news is we have the ability to meet our climate-change commitments by replacing fossil fuels with wind and solar energy, buying electric cars, and upgrading our homes and businesses to reduce energy consumption.

And, as the International Energy Agency states, the current economic downturn presents a major opportunity for governments to accelerate the trend toward clean energy.

The bad news is we are not doing enough and some of our actions, such as increasing oil production and expanding the Trans Mountain oil pipeline, are actually making things worse.

Ultimately, the choice is ours. Are we going to learn the hard lessons from this pandemic and aggressively tackle climate change, or are we going to delay until it is too late? SOURCE

Thomas Gunton  is the director of the Resource and Environmental Planning Program at Simon Fraser University and a former B.C. deputy environment minister.