Some producers acknowledge the efforts are “just a drop in the bucket” of what farmers can’t sell and are destroying instead. 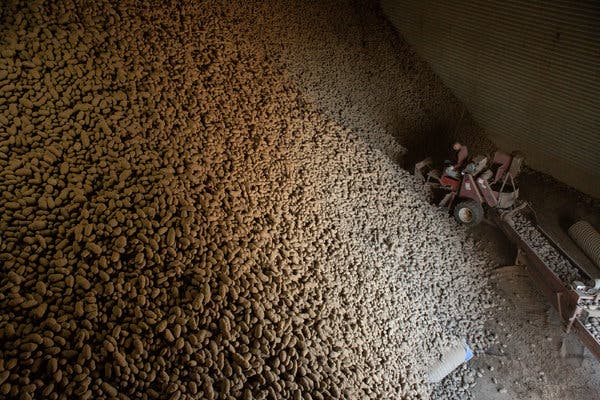 A potato warehouse in Warden, Wash., on Friday.Credit…David Ryder/Getty Images

While millions of Americans are worried about having enough to eat and lines at food banks grow, farmers have been plowing under vegetable fields, dumping milk and smashing eggs that cannot be sold because the coronavirus pandemic has shut down restaurants, hotels and schools.

Now, the destruction of fresh food on such a scale has prompted action by the Trump administration and state governments, as well as grass-roots efforts like a group of college students who are renting trucks to rescue unsold onions and eggs from farms. But they most likely won’t be enough to address the problem if businesses remain closed for months.

Over the next few weeks, the Department of Agriculture will begin spending $300 million a month to buy surplus vegetables, fruit, milk and meat from distributors and ship them to food banks. The federal grants will also subsidize boxing up the purchases and transporting them to charitable groups — tasks that farmers have said they cannot afford, giving them few options other than to destroy the food.

Gov. Andrew M. Cuomo’s office has said New York will give food banks $25 million to buy products made from excess milk on farms in the state; the state is working with manufacturers like Chobani, Hood and Cabot to turn the milk into cheese, yogurt and butter. Some of the state subsidy can also be used to buy apples, potatoes and other produce that farms have in storage.

Nationally, the Dairy Farmers of America, the largest dairy co-op in the United States, has diverted almost a quarter of a million gallons of milk to food banks.

“It’s just a drop in the bucket,” said Jackie Klippenstein, a senior vice president at the co-op. “But we had to do something.”

The closure of restaurants, hotels and school cafeterias wiped out huge sources of demand for fresh food, leaving farmers with millions of pounds of excess. While increased sales at grocery stores have made up for some of that, not since the Great Depression has so much fresh food been destroyed. (In the 1930s, the problem was that people could not afford to buy all the crops farmers were producing, which led the federal government to establish an early food stamp program.)

The Agriculture Department grants are expected to be announced this week, but farmers say their losses far exceed what the grants can provide.

“These are not insolvable problems,” said Marion Nestle, a food studies professor at New York University. “These are problems that require a lot of people, sums of money and some thought. If the government were really interested in making sure that hungry people got fed and farmers were supported, they would figure out a way to do it.”

There are some signs that the waste is starting to dissipate. At the beginning of April, farmers were dumping 3.7 million gallons of milk each day, draining it into manure pits, where it mixed with fertilizer used in the fields. Now, the waste is closer to 1.5 million gallons, according to the dairy co-op, as farmers scale back production and restaurant chains like Papa John’s heed the industry’s call to add extra cheese to every pizza. 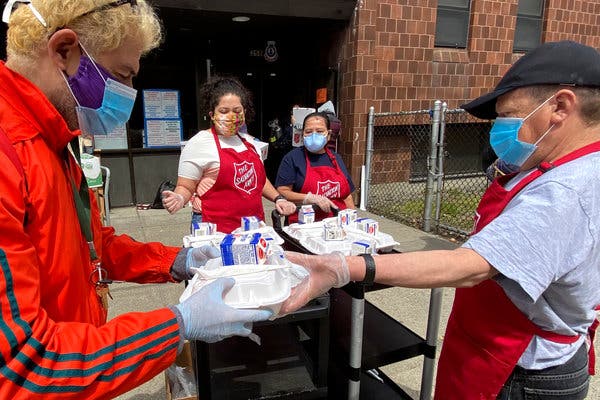 Even as the waste declines for some food, other farmers are scrambling to find new buyers. California strawberry growers, for example, are reaching peak harvest season in May.

“Time is not on our side,” said Mary Coppola, a vice president at the United Fresh Produce Association, a trade group of fruit and vegetable growers and processors. “In my own personal opinion, we are not coming up with the supply-chain logistical solutions as quickly as produce is growing.”

Some people, upset by all the food waste when families are running low, are trying to come up with other solutions.

A group of university students have started an online site, FarmLink, seeking to connect farmers with food banks. James Kanoff at Stanford and Aidan Reilly at Brown founded the group last month with donations from family and friends.

So far, it has diverted 50,000 onions that were about to be destroyed on a farm in Oregon and paid for their transportation to Los Angeles, where they were distributed to food banks. The students also bought 10,000 eggs from a California farm, rented a truck and drove them to a large food bank. 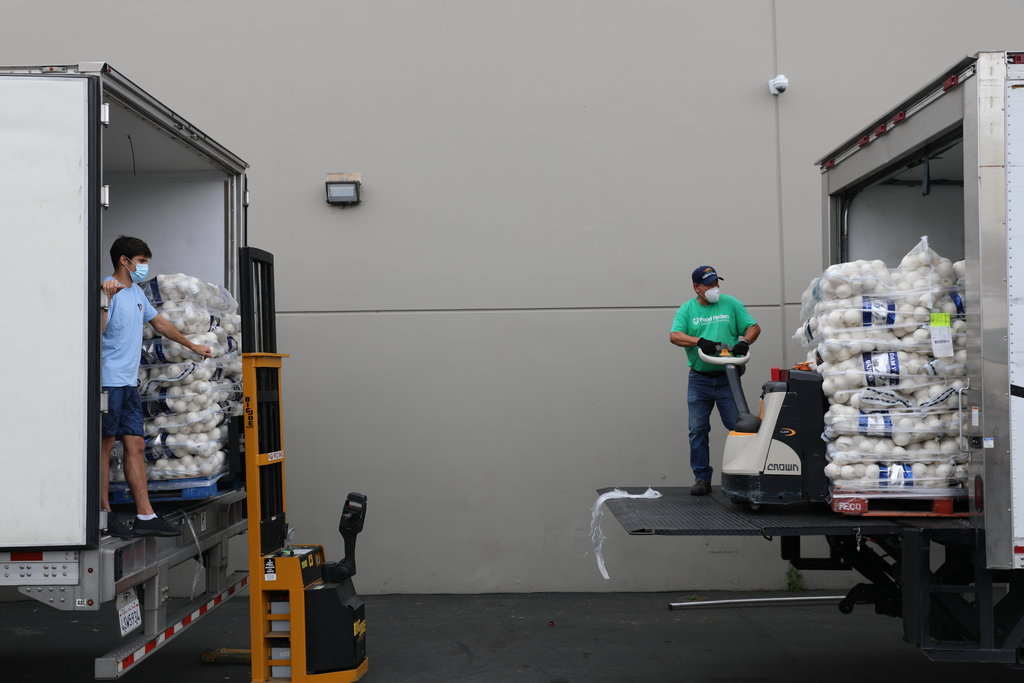 FarmLink, which now includes about 20 students from several colleges, has been cold-calling hundreds of farms to find surpluses.

“Just getting through to the farmers is the hardest part, because they are so busy,” said Jordan Hartzell, a Brown student.

The need at food banks is only increasing as the economic crisis intensifies. There are still long lines outside many food banks, as the charities struggle with a surge in need and a scarcity of volunteers because of stay-at-home orders.

While the details are being worked out, the New York subsidy may allow dairy companies like Chobani to drive trucks of their products into neighborhoods with the most need and hand them out in a public park.

At the small food pantry she runs in Casper, Wyo., Mary Ann Budenske has seen shortages of staples like milk and eggs. On Thursday, a shipment of about 200 gallons of milk that arrived at 2:30 p.m. was half gone by 5. She has sent more than 20 emails to farmers and trade associations, offering to drive her 1998 Ford pickup truck to retrieve the leftover food herself.

“Pretty much I’m getting the bureaucratic ‘We’re looking into that — we’ll get back in touch with you,’” Ms. Budenske said. “The whole thing makes me sick.” SOURCE

Michael Corkery is a business reporter who covers the retail industry and its impact on consumers, workers and the economy.  @mcorkery5

David Yaffe-Bellany reports on the food industry and general business news. He graduated from Yale University and previously reported in Texas, Ohio and Connecticut. @yaffebellany

One thought on “We Had to Do Something’: Trying to Prevent Massive Food Waste”