After the coronavirus, political transformation may be inevitable. 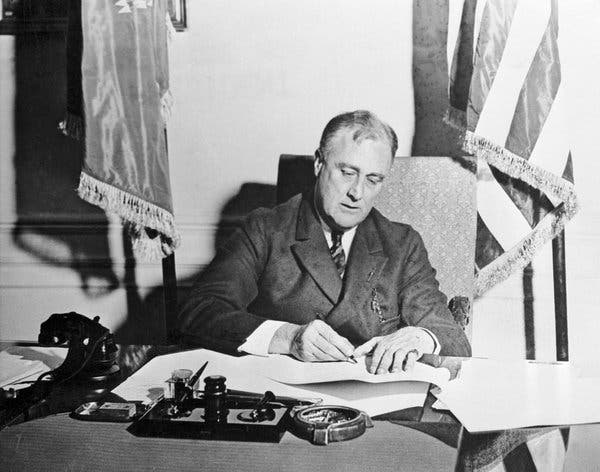 The upheaval of the Depression opened the way for Franklin D. Roosevelt to push for sweeping changes in American society through the New Deal.Credit…Bettmann/Getty Images

Until very recently, Andrew Yang thought that the need for a universal basic income would be a big issue in the 2024 election, as “many of the trends that I campaigned on were going to become completely clear to more and more Americans” over the next four years. He was arguing, for example, that between now and then, “30 percent of our stores and malls were going to close because of Amazon.”

After more than a month of coronavirus lockdowns, Yang’s prediction looks quaintly optimistic. “That obviously happened not in four years, it happened in four weeks,” he told me. “And it wasn’t 30 percent, it was virtually 100 percent.”

Many of those stores will come back — some have already — but analysts predict that thousands won’t. Jobs lost to automation during this time — in warehouses and supermarkets, among other places — are especially unlikely to return. Americans, increasingly desperate in lockdown, are going to emerge from this period into a transformed and blighted world.

Yang used to believe that we were five or 10 years away from seeing some version of his signature policy enacted. “Now I believe this is very immediate and could happen this year,” he said. Representative Justin Amash, who’s exploring running for president as a libertarian, is calling for a U.B.I. for the next three months. The House speaker, Nancy Pelosi, recently said a guaranteed minimum income is “perhaps” worthy of attention. Last month Pope Francis spoke warmly of the idea.

Several candidates campaigned for the Democratic presidential nomination on what Senator Elizabeth Warren called “big structural change,” and lost. Yet in a hideous historical irony, the end of the primaries has coincided with a calamity that necessitates an enormous federal response.

Covid-19 has killed more Americans than died in the Vietnam War and led to unemployment numbers that are likely worse than those during the Great Depression. Implicit in Joe Biden’s campaign was a promise of a return to normalcy. That may have always been illusory, but now it’s been revealed as an impossibility.

As we approach this year’s election, we’re looking at an abyss. The question is what will fill it. Societal disaster can have horrific political consequences: Around the world, despots are using the pandemic as an excuse to grab ever more power. But the need to rebuild the country comes with opportunities.

At this point, even many Republicans acknowledge that the era of small government is over. (“Big-Government Conservatives Mount Takeover of G.O.P.,” said a recent Politico headline.) In such an environment, ambitious progressive ideas that once seemed implausible, at least in the short term, start to become more imaginable.

“I do think there’s an F.D.R. moment,” said Senator Edward Markey, Democrat of Massachusetts and co-author of the Green New Deal resolution, which calls for a huge new public works program to build environmentally sustainable infrastructure. “Like 1933 — which would be 2021 — we can see that it is now time to discuss universal child care, universal sick leave and a guaranteed income for everyone in our society.” 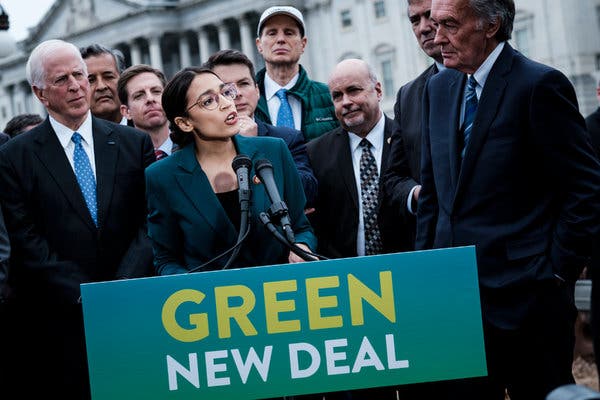 Canada should copy President Roosevelt and create a nature corps