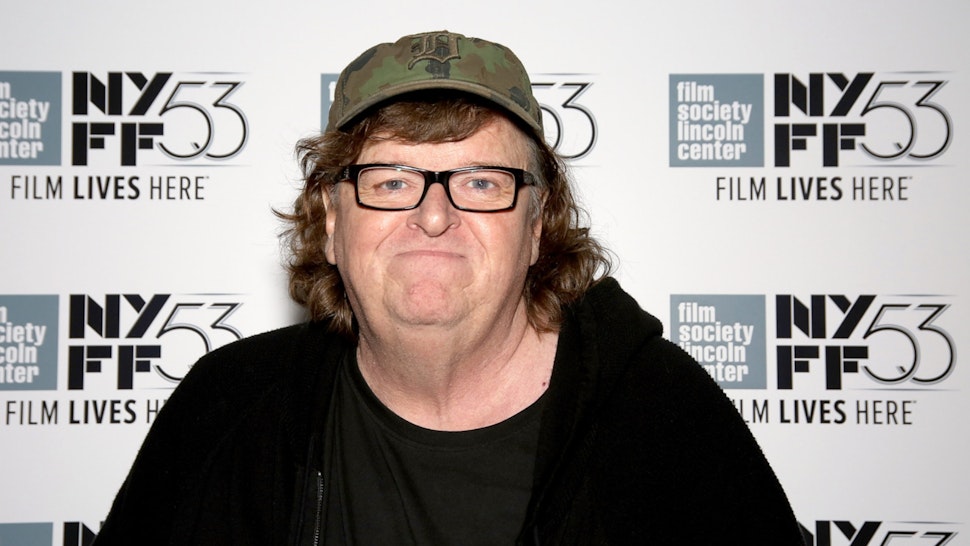 Socialist filmmaker Michael Moore is used to fawning media coverage. It started when he unveiled his debut documentary “Roger and Me” and never let up – despite creating a ream of fact-challenged films, including the abominable 2018 “documentary” “Fahrenheit 11/9.”

Moore’s newest project, “Planet of the Humans,” is a dire look at climate change and the so-called heroes trying to save the planet.

Falling under the banner is Al Gore, considered an enviro-prophet second only to Greta Thunberg by most global warming advocates.

Not in Moore’s film, a project which excoriates the green movement. And that’s a key reason why some on the Left are all too eager to cancel “Humans.”

The most prominent “Humans” denier is Josh Fox. The Oscar-nominated director of “Gasland” declared war on “Planet of the Humans” recently on social media.

Fox, whose work has come under heavy fire from documentary filmmaker Phelim McAleer, crafted a petition to force YouTube to remove “Humans” from the platform.

The film debuted for free late last month on the video service, and it’s racked up more than five million views since then.

Fox teamed with The Nation, which called Moore the “new flack for oil and gas” in blasting the film:

Because the film is so dangerous, so wildly off-track and full of misinformation, fossil fuel industry taking points, and unfounded, wacky statements you could be forgiven for thinking it was created by Breitbart News or Steve Bannon and not the erstwhile bastion of progressive bombast that is Michael Moore.

Several high profile liberals, including climate scientist Michael Mann and Naomi Klein, signed Fox’s petition to “retract” the film as it currently stands. Adding insult to injury? Moore must apologize for letting it loose on the unsuspecting planet.

Among the petition signees include documentary filmmakers Steve Liptay and Gregory King.

Yes, Moore’s fellow artists want to ban a film with an opposing point of view.

Moore, whose tales of death threats have never been investigated by the mainstream media, does have one august body in his corner.

“Calls to pull a film because of disagreement with its content are calls for censorship, plain and simple. Those who take issue with the film have every right to make their concerns and arguments heard, but first and foremost, the public also has the essential right to view Moore’s film and make their own judgements,” the message states.

That’s a sound argument for any work of art, even if Pen America has stood down during recent Cancel Culture battles.

Moore, whose marketing instincts far exceed his directorial chops, jumped in with a chest-thumping declaration of his own.

“How quickly the values of an open society – freedom of speech, freedom of the press, and the freedom to be wrong (or right), vanish when some people’s sacred cows – or should I say, sacred solar panels – are challenged,” Moore said.

He’s right, of course, even if Moore has been as quiet as Pen America regarding other Cancel Culture-style attacks. This one, apparently, hit too close to home to ignore.

A good way to expand the army against Cancel Culture is to invite liberals to join the battle.

The Left is none too eager to defend free speech today, but when it personally nips them in the butt, they have a change of heart.

That happened last year when both Jim Gaffigan and Sarah Silverman got pulled over by the PC police.

Will Moore get “red pilled” by this experience? It’s doubtful. He remains first and foremost a political creature, and the next time a conservative artist comes under attack, it’s likely he’ll retreat to his cone of silence. SOURCE

The Daily Wire, headed by bestselling author and popular podcast host Ben Shapiro, is a leading provider of conservative news.