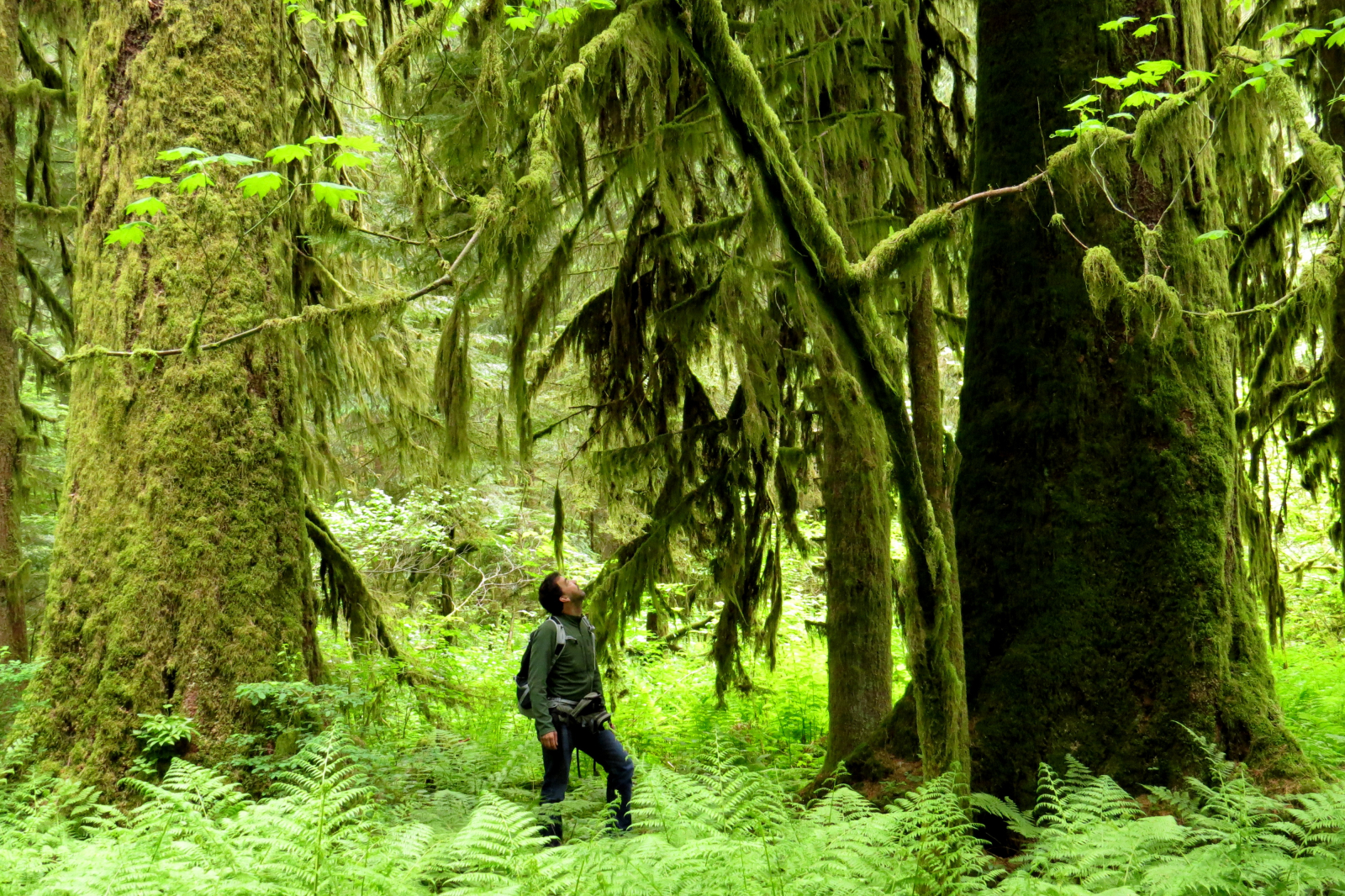 The author standing by the last big Sitka Spruce in the Lower Seymour Conservation Area. Photo courtesy of Jens Wieting.

The COVID-19 pandemic is another reminder of how fragile our existence on planet Earth is. We still don’t know how many more will die or get sick, but experts expect a vaccination will become available some time next year and allow us to get the upper hand, at least on this virus.

Unfortunately, there is no equivalent to a vaccine for restoring a livable climate and the web of life as we know it. For those who follow the news about global heating and the extinction crisis, the pandemic has added another level of despair about where the world is heading.

Mixed with concern about the new threat, however, is a sense of possibility. That’s because we’ve seen previously unimaginable global action by governments and individuals to flatten the curve of the pandemic. A safe future, however, calls for governments taking action on more than one crisis at a time. It’s clear we need to act with the same determination, based on science, to address the climate and extinction crisis.

April saw a lot of reflection about the 50th anniversary of Earth Day, considered the birth of the modern environmental movement. Taking stock of the trends of the past 50 years — a tiny fraction of the 3.5 billion years of history of life on Earth — is a sobering exercise. We cannot be certain whether it is already too late to stop current climate and ecosystem trends, but the science is clear that another 50 years on the current trajectory will not end well.

Extended clearcuts in Schmidt Creek, until recently one of the last relatively intact old-growth watersheds on Northern Vancouver Island. Photo by Mark Worthing

In November 2019, shortly before the pandemic started, 11,000 scientists warned of “untold suffering” unless there are “major transformations in the ways our global society functions and interacts with natural ecosystems.” In February, scientists reported that Australia’s bushfires, fuelled by global warming, burned 20 per cent of Australia’s forests, a proportion considered globally unprecedented.

There is very little time to force our governments to change direction if we are to avoid colliding with nature’s limits. In British Columbia, work on new fossil fuel projects such as LNG Canada, Coastal GasLink and the Trans Mountain pipeline, and logging of some of the last intact old-growth forests in the world continues, despite the pandemic, keeping us set on a collision course.

At the same time, new federal data show that B.C.’s emissions increased for a third year, from 63.3 to 65.5 million tonnes (+3.5 per cent) and are now higher than in 2007 (the year the province announced its first reduction target). According to the United Nations Environmental Programme (UNEP), emissions must fall by 7.6 per cent globally to prevent catastrophic climate impacts.​​​​​​

If we emerge from the pandemic with more business as usual, we will simply amplify threats caused by climate change and habitat degradation such as more catastrophic wildfires, heatwaves, flooding or droughts, as seen in recent years.

“The drastic actions taken to slow down the spread of COVID-19 in many parts of the world show that governments are willing to listen to the scientists and disrupt business as usual when a threat becomes too big to ignore.”

Being so close to climate and ecosystem breakdown means there is no room for error. Without a course change now, we will run out of time and money to build a green economy, meet climate targets and save ecosystems such as the last old-growth forest before it’s too late.

It can feel hopeless to expect that governments will do the right thing in time. This is not the time, however, to give up hope. The arguments of those who defend the current decision-making are quickly crumbling. History shows that we can overcome the barriers for change when various tipping points emerge simultaneously.

Growing support for climate action, falling costs for renewable energy, increasing risks for uneconomic prices and stranded assets in the fossil fuel sector, Indigenous Peoples winning crucial cases in court, and worsening climate impacts such as drought and fires all combined with a pandemic mean that business as usual is not a viable option.

Government leadership is hindered by the influence of corporations, as well as the fact that the climate and extinction crises are slowly unfolding catastrophes, which makes it harder to understand that we are approaching dangerous thresholds.

Humans are generally not effective at recognizing slow yet threatening changes in their environment. Environmental degradation is often described as a ‘shifting baseline’ (the gradual change in what is considered the norm) and our failure to fully recognize these trends is referred to as ‘change blindness.’

One useful way to overcome these challenges is to consider the thousands of years of history of the Indigenous Peoples in whose territories we are living. For more than 11,000 years, Indigenous settlements co-existed with intact ecosystems and a stable climate, in contrast to the fast-paced degradation unleashed in the last 150 years of European colonization of these lands, and in particular in the last 50 years. 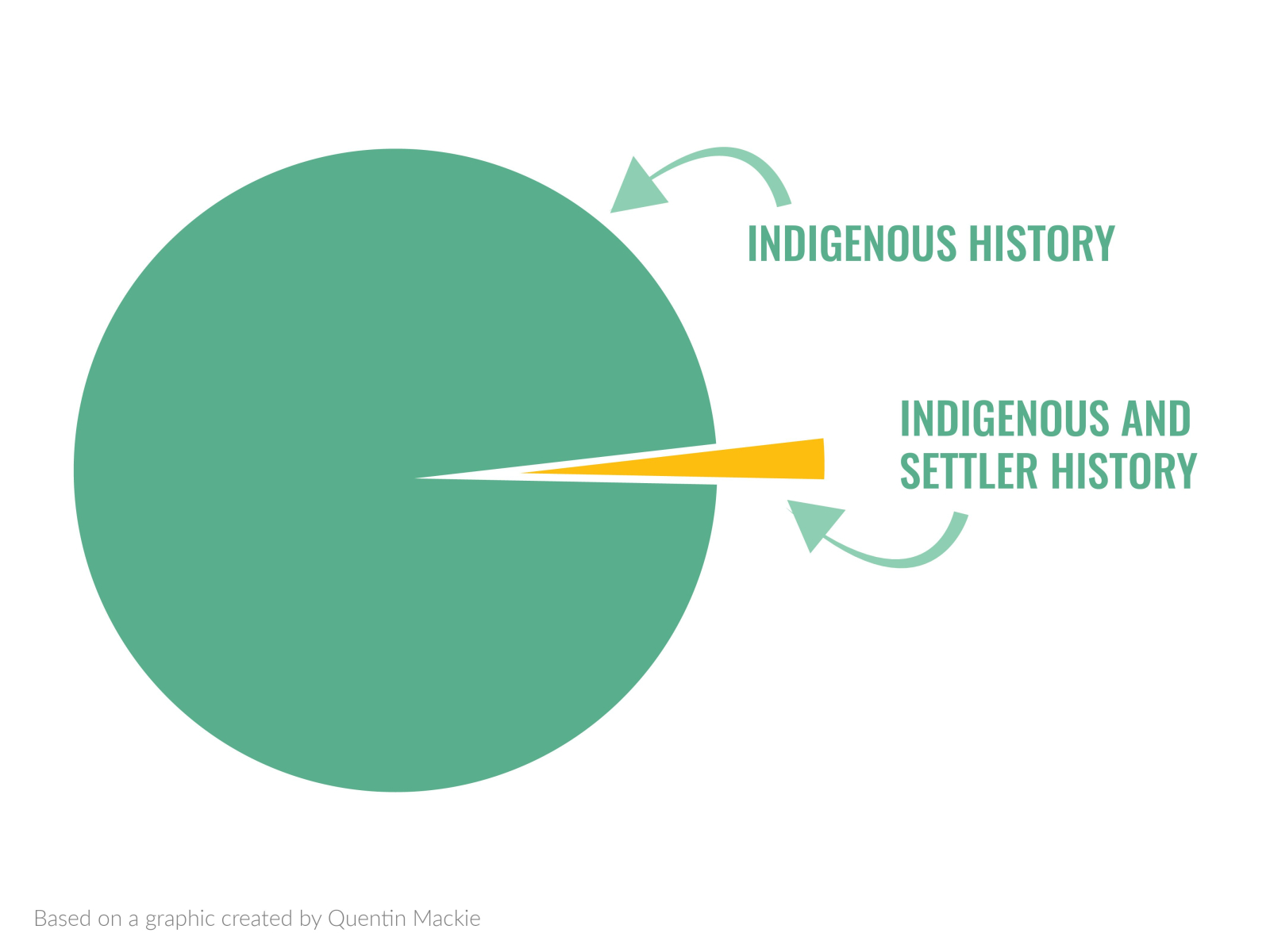 After Indigenous Peoples lived for thousands of years amongst intact, ecologically rich old-growth landscapes, the vast majority of these ancient forests has been converted to young, ecologically impoverished, even-aged stands in just a few decades. Across British Columbia, what little old-growth forest remains (now considered ‘irrecoverable carbon) is being logged at a rate of more than 500 soccer fields, or one Stanley Park, a day.

On both the climate crisis and the extinction crisis, the B.C. government is defending business as usual with small, incremental changes nowhere close to a path needed to stabilize the climate and maintain ecological integrity for future generations (for example, in the underwhelming provincial Earth Day 50 statement).

History, however, shows that change is often within reach and closer than we think, when change blindness becomes intolerable. It is time for the B.C. government to grasp how quickly our society and economies are changing in response to the climate crisis, now combined with a pandemic, escalating environmental problems, economic shifts and technological progress.

The B.C. government doesn’t have to look far for a blueprint of how to jumpstart the economy, save our life support systems and fight social injustice. Former staffers of Jay Inslee, the Democratic governor of Washington state and former presidential candidate, put out an Evergreen plan that could guide our province on a different path.

For a liveable climate, we must overcome the change blindness of our elected politicians, using science and stories to build a diverse movement that cannot be ignored. We live in an almost unthinkable moment of time. We are so close to tipping points in climate and ecosystems, that our collective willingness for real change in the next few years will determine whether all generations after us can live on a livable planet or not. 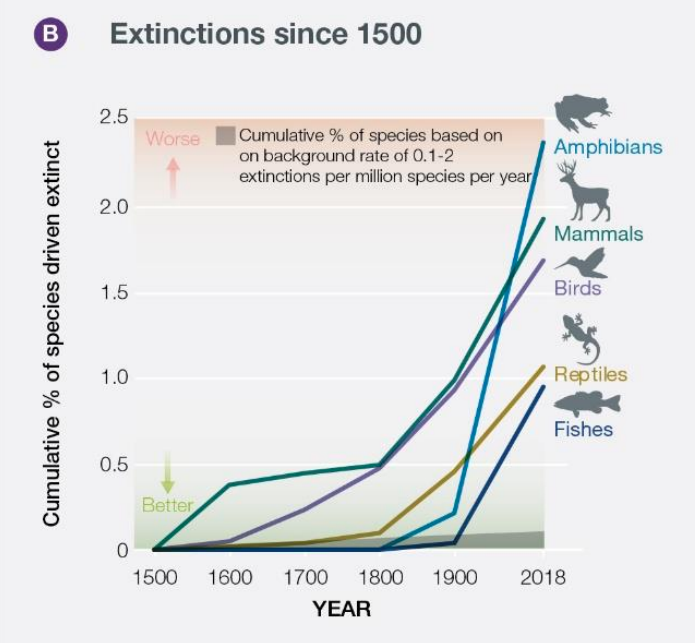 The drastic actions taken to slow down the spread of COVID-19 in many parts of the world show that governments are willing to listen to the scientists and disrupt business as usual when a threat becomes too big to ignore.

“I wish it need not have happened in my time,” said Frodo in J.R.R. Tolkien’s The Lord of the Rings. “So do I,” said Gandalf, “and so do all who live to see such times. But that is not for them to decide. All we have to decide is what to do with the time that is given us.”

What kind of world do we want for Earth Day 100?

This is the question our governments must answer in 2020.  SOURCE