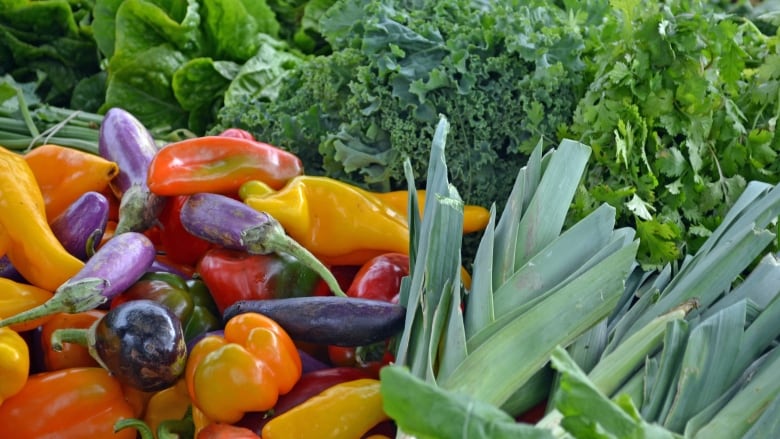 Quebec gardens can produce a wide range of fruits and vegetables. Montreal Mayor Valérie Plante says she wants the city and residents to grow their own food. (Isaac Olson/CBC)

Montreal is encouraging residents to give gardening a try this summer — not just to take up a new stay-at-home hobby during the pandemic but to become more self-sufficient when it comes to food.

From there, the city will be providing gardening supplies and tips on how to cultivate home-grown, nutritious foods in their own backyards or on their roof tops or balconies.

But her plan doesn’t stop there.

The Montreal Botanical Gardens will turn a hectare of land into a garden, growing enough food to sustain 100 people for an entire year, while agricultural workshops will be offered to help people learn gardening skills.

All the vegetables and fruits harvested at the Botanical Gardens will be distributed to local food banks.

It’s all part of the city administration’s vision for urban agriculture, to be developed over the coming year.

“This vision will guide the city in terms of food security in the long term,” the mayor said.

The strategy will focus on increasing production by some 35 per cent at locations already operating in the West Island, while exploring new agricultural sites in places like the to-be-created Great Western Park.

Plante said community gardens are more than just a leisurely summertime activity for many Montreal residents, as they allow people to support themselves with fresh food at a low cost.

“We will ensure the community gardens remain safe places,” she said, noting the Montreal public health agency has approved the measure, as long as people adhere to public health rules.

Along with keeping two metres’ distance from each other, those rules include:

Montreal’s community gardens have become increasingly popular. Most have waiting lists — some hundreds of people long.

For example, in the Mercier-Hochelaga-Maisonneuve borough,  there were more than 670 people on the waiting list as of last November, and in Ahuntsic-Cartierville, people can expect to wait for up to two years for a spot.

The group will be distributing gardening supplies, seeds and seedlings to residents in 10 boroughs, the mayor said, and it will offer educational resources online in the form of how-to videos that people can access as needed.The Botanical Gardens will also be offering online videos for beginners and expert gardeners, and it will more than double its annual food production on its 75-hectare grounds.

Charles-Mathieu Brunelle, director of Space for Life, said the founders of the Botanical Gardens created a demonstration called “Garden of Victories” after the Second World War to inspire Montrealers to produce their own food.

“More than half a century later, the Botanical Gardens are going to again do their part, so that this city becomes more united and more green,” Brunelle said.

Montreal’s public markets will stay open as they have throughout the pandemic, but they will be designed so people can safely stay two metres apart.

Plante said it is important to keep these markets open as they give people access to fresh, locally grown food and they support local food production.

Plante said people should also remember to bring along their face-covering or mask.

“The two metres might be difficult in some cases to respect,” she said. “It is our own responsibility to protect ourselves and to protect others.” SOURCE