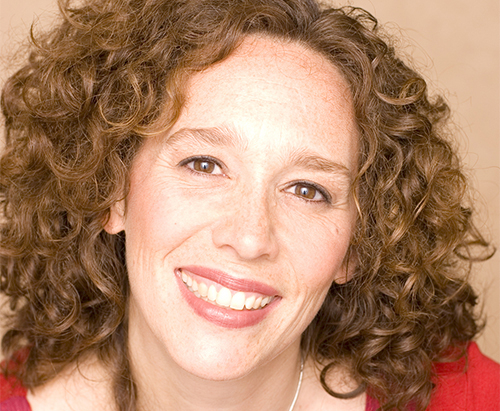 The Canadian government’s recent COVID-19 initiative for the gas and oil industry may signal Ottawa has reached a turning point and is responding to public pressure to address the climate crisis, noted environmentalist Tzeporah Berman says.

The federal government will spend a combined $2.5 billion to clean up thousands of contaminated oil and gas wells in British Columbia, Alberta and Saskatchewan and to cut a potent form of carbon pollution, Prime Minister Justin Trudeau announced April 17.

“I think this decision, this bailout package, was a shot across the bow of the oil industry,” said Berman, international program director for Stand.earth.

“It’s a recognition that we need to spend as much, if not more effort, supporting other industries that are truly cleaner and safer,” Berman added.

The environmental activist and campaigner, who is based in B.C. and lives part-time on Cortes Island, was discussing fossil fuel industry bailouts and how COVID-19 might open new possibilities to establish a green economy.

Trudeau’s stated goals for the oil and gas COVID-19 initiative was to support industry workers and their families, and help fossil fuel companies avoid bankruptcy, while meeting his government’s environmental objectives.

Additionally, the Alberta government wants Ottawa to provide cash bailouts of $30 billion to $40 billion to the fossil fuel sector to help companies survive the staggering price collapses caused by the COVID-19 global pandemic.

“I was really glad to see that (the federal government) didn’t cave … to those incredibly outrageous demands, because quite frankly … we have seen them cave in the past,” Berman said, referring to the Liberal government’s $4.5-billion buyout of Kinder Morgan’s struggling Trans Mountain pipeline.

“I heard somebody say it’s like we are in a zero gravity moment. And when we land things will be different,” @Tzeporah Berman told @Linda_Solomon.

“I think it’s a turning point for politics in Canada … where we acknowledge the incredible mess that does need to be cleaned up,” Berman said.

A second indicator Ottawa is shifting ground around the environment is the decision not to proceed with the Teck Frontier oilsands project, Berman said.

That decision was due to the fact the federal government faced massive opposition to the project from the public and environmental scientists, she said.

“Teck pulled out because they knew they weren’t going to get the decision they wanted,” Berman said. “Our governments are listening. They will respond and prioritize, in part, what they think voters are prioritizing.”

This bailout announcement is a turning point for oil & gas politics in Canada. Supporting workers, addressing climate change, cleaning up orphan wells all measures that align with netzero by 2050 and the need to wind down this industry to do that. Hard but necessary. #cdnpoli

However, Berman stressed, taxpayers shouldn’t be paying to clean up the dregs left behind by the oil and gas sector.

There are 6,000 orphan wells and 90,000 inactive wells that could fall into that category across B.C., Alberta and Saskatchewan, said Berman.

Abandoned wells can leak pollutants such methane, brine or heavy metals and can contaminate groundwater, surrounding land or the atmosphere.

Estimates to clean up the well problem range between $70 billion and $200 billion, Berman said.

“So that’s a strategy, get all the oil out, make the profits … go bankrupt and leave the cleanup to taxpayers,” she said. “So, should taxpayers’ dollars be going to pay for the mess the industry left behind? Actually no. Regulations and laws and policy should make sure we’re not left this mess.”

But, the federal decision to contribute to the cleanup of wells has led to increased awareness about the problem, Berman noted.

“The interesting thing is this decision really elevated in public consciousness and in politics in Canada … that our laws lag behind other jurisdictions,” she said.

North Dakota, California and Texas all have limits for how long a well can be inactive before being cleaned up, Berman said.

Setting limits on how long a well can be inactive and requiring companies to post bonds, or pay money up front, for their cleanup would solve future problems in Canada, she added.

Despite Canada’s preferred self-image as a green leader with talk about national carbon pricing and the phase out of coal, the country is actually increasing oil and gas production, and its carbon pollution is going up according to the latest national greenhouse gas inventory report, Berman observed.

“Oil and gas production is now the single largest component of Canada’s emissions and the fastest-growing,” Berman said.

The math simply doesn’t add up for Canada to reach its stated goal of net-zero emissions by 2050, she added.

Even before the COVID-19 crisis and its attendant plunge in oil prices, the oil and gas industry was facing record bankruptcies, with Canada’s sector being in more trouble than most, Berman said.

Now is the moment to diversify the Canadian economy and to wind down and end oil and gas production to meet the government’s 2050 goals, she said.

“The oil industry is never going to go back to those big boom days. … COVID-19, the price drop, and climate action around the world have changed oil demand forever,” Berman stressed.

“What we decide to build with these new stimulus and bailout packages will decide what our economy looks like and also whether or not we have a stable climate.”

It’s vital that Canada begins to align its energy projects with its climate targets, said Berman, referring to the federal government’s support of pipelines.

“It’s like the right hand isn’t talking to the left hand right now. We have a climate plan, and then over here, we have infrastructure and project development and that’s not being led by our climate priorities.”

Plan for fossil fuel wind down

Canada isn’t going to stop using fossil fuels overnight, but there’s enough supply and above-ground storage to meet demand during the wind down, especially if efficiency measures focused on electrified and renewables systems are put in place, Berman said.

“We need to acknowledge as a nation that we can not expand it. No new projects whatsoever,” she said.

Planning for the decline of the oil and gas industry would ease turmoil at an economic and individual level, Berman said.

“If we do that, then there will be fewer casualties. Then we can ensure we’re retraining people and that we’re leaving no one behind,” she said. “It’s going to happen by design or default.”

Berman said the pandemic has demonstrated what government and the public can achieve if everyone acts collectively and listens to the science.

“I heard somebody say it’s like we are in a zero-gravity moment. And when we land, things will be different,” she said. “I think it has given us all time to reflect on what kind of economy we want in the future.” SOURCE