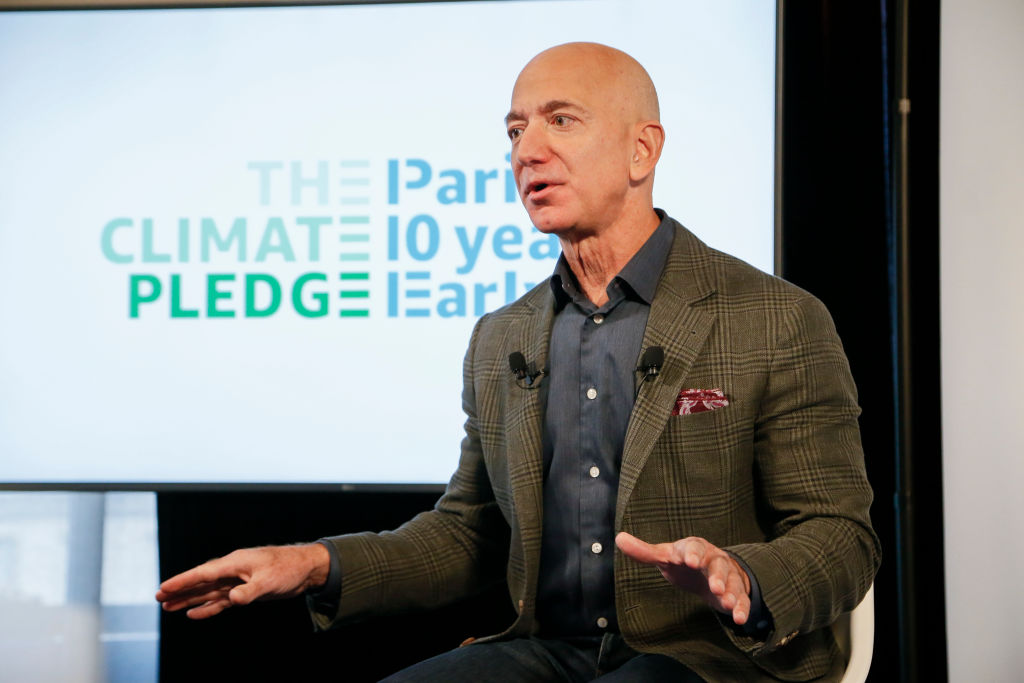 More than twenty-four million US workers have applied for unemployment benefits in the last five weeks. That figure represents more than one in seven workers. For comparison, in pre-coronavirus times, one million workers applied in a five-week period.

A freeze on normal economic activity is necessary to keep as many people home as possible and stop the spread of the virus. But mass economic devastation is not an inevitable result.

In Western and Northern European countries, for example, governments have taken aggressive action — often at the urging of the Left and labor unions — to protect workers’ jobs during the crisis so they’ll be waiting for them when it’s safe to return to business as usual, and providing adequate relief in the interim. Researchers at the Economic Policy Institute call this approach “deep-freezing the economy,” the idea being that it can be thawed out and quickly restored when the pandemic is over. Yes, it costs money, but so does an interminable economic slump.

The United States has chosen not to go this route. Congress has authorized trillions in spending, but with one exception — the airline industry, and even then only because the flight attendants’ union pushed for it — it hasn’t taken any direct payroll guarantee measures, instead allowing mass layoffs to occur unimpeded. Those jobs will not necessarily be available when economic activity resumes, likely guaranteeing high unemployment for a long time to come.

In the meantime, while the federal government has extended unemployment insurance, workers in the United States struggle with inadequate welfare infrastructure. Last summer, the National Employment Law Project published a paper titled “Are State Unemployment Systems Still Able to Counter Recessions?” The answer, they concluded, was no: instead many state unemployment systems were intentionally dysfunctional, designed to make it difficult to apply for and receive aid, a kind of austerity by paperwork. The authors of the study recommended major anti-austerity overhauls in order to prepare for the inevitable next recession.

But now it’s too late. In the worst-offender states, like Florida and North Carolina, broken unemployment infrastructures “are wreaking havoc with the claims filing process. As a result, workers who need benefits are unable to access them.” Beyond them, many other states “that have designed programs to fail may collapse under the weight of the surge of new claims.”

As a result of these and other errors — none of them accidental, all undertaken with the interests of wealthy taxpayers in mind — the US working class, not yet back on its feet since the last devastating economic crisis just over a decade ago, is in for a lot of unnecessary misery. A great deal of pain could have been avoided with adequate social spending and anti-austerity program design, but instead US lawmakers continued to shred the nation’s already threadbare safety net while inequality has skyrocketed and the wealth of the nation’s richest people has soared.

So how are the mega-rich fairing in these trying times? The Institute for Policy Studies’s annual Billionaire Bonanza report was just released, and it finds many of them doing better than ever. Thirty-four US billionaires have seen their wealth surge by tens of millions of dollars since the beginning of 2020. Eight of them have seen their wealth grow by over a billion dollars. The combined wealth of all billionaires in the United States has increased nearly 10 percent.

“This spring, in the face of a global pandemic, headlines are trumpeting the beneficence of billionaires who are donating what amounts to as little as 0.00001 percent of their fortunes to help their fellow humans in need,” write the authors of the report. They note that Forbes even published a fawning issue titled “Agents of Change: How the World’s Billionaires Are Using Their Wealth to Reinvent Their Businesses and Provide Aid Amid the Coronavirus Pandemic.”

These are the same people who lobby and pressure and dangle donations in front of politicians in order to bring down taxes on the rich. As a result of their efforts, billionaire taxes have been slashed 79 percent in the last four decades, and the sum total of US billionaire wealth jumped from $240 billion in 1990 to nearly $3 trillion today.

All of this has come, of course, at the cost of austerity and the expense of public programs. In other words, these are the same people who convinced politicians to design unemployment insurance programs to fail working-class people. They’re not the heroes of the crisis — they’re the villains.

The King of Tax Avoidance

The biggest pandemic profiteer is Jeff Bezos. “The closure of hundreds of thousands of small businesses is giving Amazon the opportunity to increase its market share, strengthen its place in the supply chain, and gain more pricing power over consumers,” note the study’s authors.

While it’s true that Amazon is selling and shipping useful goods during the shutdown, it’s also true that Bezos has subjected his employees to dangerous pandemic-related working conditions, which they aren’t permitted to avoid unless they want to miss a paycheck. As a result, Amazon warehouses all over the country have become hotbeds of COVID-19. When workers have stood up for their safety and that of the public, they’ve faced retaliation, including being fired and even publicly smeared.

Over the course of the crisis, Bezos’s wealth has increased $25 billion, more than the annual GDPs of eighty-eight countries. In demonstration of his philanthropic largesse, he gave $100 million of that to the charity Feeding America.

Of course, Bezos is also the king of not paying taxes, the very habit of the mega-rich which has brought the welfare state to its knees, compounding the mass working-class suffering caused by the economic shutdown. But don’t let that distract you. SOURCE

One thought on “Billionaires Are the Pandemic’s Villains, Not Its Heroes”