Elderly care needs to be recognized for the skilled work that it is, says Pat Armstrong 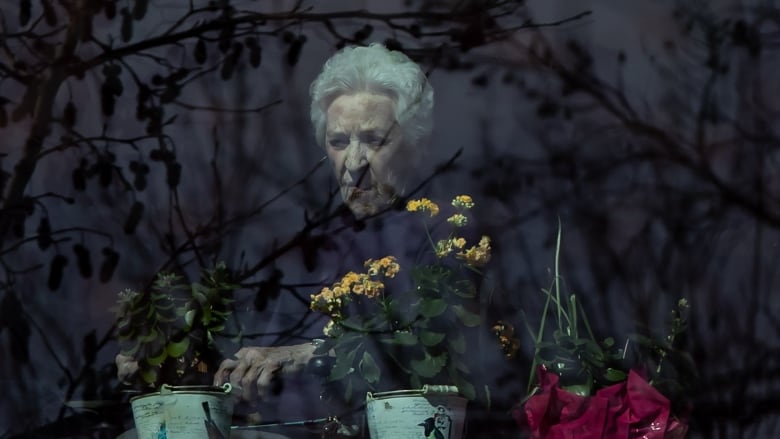 An elderly woman seen sitting in a room at the Lynn Valley Care Centre seniors facility in North Vancouver, B.C., on March 14. It was the first nursing home in Canada to experience an outbreak among its residents. (Darryl Dyck/The Canadian Press)

The first person to die of COVID-19 in Canada was a resident of a long-term care home — a man in his 80s, living at the Lynn Valley Care Centre in North Vancouver. That facility would go on to become the first nursing home in Canada to experience an outbreak among its residents, foreshadowing a much greater tragedy to come.

By now, homes for seniors across the country have become ground zero for the virus. They account for more than half of all COVID-related deaths in the country.

That’s hundreds of this country’s elderly citizens — all with rich lives, histories and hopes for their futures — dying alone, bereft of dignity and respect. Thousands more are at risk of soon suffering the same fate.

“We haven’t placed a high priority on providing care in nursing homes. I think that basically we’d rather not think about them,” Pat Armstrong told Michael Enright of The Sunday Edition.

“When Roy Romanow did his Royal Commission [on the Future of Health Care in Canada], he said that the health care we get is a matter of values — and I think that this is making our values pretty evident.”

Armstrong is one of Canada’s foremost thinkers on long-term care. She is a distinguished research professor in sociology at York University and a fellow of the Royal Society of Canada.

Long-term care, she says, is one of the major gaps in Canada’s universal health-care system.

“It’s not clearly covered by the principles of the Canada Health Act, or in the funding,” she said. Instead, the act is “basically focused on hospitals and doctors. It was developed at a time, initially, when most care was provided in hospitals.”

Today, the country’s elderly population is increasingly in need of chronic care — and far more of that care is provided in nursing homes than in the past, Armstrong added.

‘The business of making a profit’

According to a report from the Canada Health Coalition in 2018, just under half of all long-term care facilities in the country are private, for-profit entities.

But when it comes to health-care services as essential as long-term care, we can’t trust markets to do what is in seniors’ best interests, Armstrong said.

Years of for-profit care has meant a serious deterioration in the labour conditions inside nursing homes, she said.

“If you’re in the business of making a profit … in nursing homes, the overwhelming majority of the cost is labour. And that’s where you are going to try and save money.”

The easiest way to cut labour costs, Armstrong added, is through “hiring more people part-time, more people casual, more people at the last minute when you need them — rather than staffing up with full-time workers that you have to pay benefits to and provide things like sick leave for.”

Given these conditions, it should come as no surprise that care providers would work at multiple sites to make ends meet, Armstrong said.

“It is about needing full-time work but not being offered full-time work in the home where they’re working,” she said. “And a significant proportion in our country are people who are new to Canada, who have very few employment options.”

So you’re more likely to be on sick leave or injured in a nursing home than you are if you’re a police officer.– Pat Armstrong

But these poor labour conditions affect more than just the workers.

Armstrong, who recently completed a 10-year international project on promising practices in long-term residential care, said that the lack of adequate “time to care” is one of the most important obstacles to high-quality care in for-profit homes.

“We have done 550 interviews in this project alone … and what you hear from those who provide care and especially from those who provide the direct care is that they simply don’t have enough time,” she said. “Or what we hear from families is that there are not enough hands. So having appropriate staffing levels is a critical working condition. It’s as critical, I think, as pay and benefits.”

But Armstrong also emphasized that focusing solely on staffing levels is not enough.

“Staffing is a necessary but not sufficient condition. That’s where we have to start. But that’s all we’re talking about right now,” she said. “What we’re not talking about is the skill involved in the work — whether it’s the skill in cleaning, or serving food, or in providing bed care.”

Elderly care needs to be recognized for the skilled work that it is, Armstrong said.

“It’s skilled and very heavy work that is constant, all day long.”

“We did a survey a decade ago … comparing people from three different provinces in Canada and from three Nordic countries. And people working in long-term care in Canada were almost seven times as likely as those in Nordic countries to say they faced violence on an almost daily basis,” she said.

“The rates of injury and illness absence are highest in long-term care of any place in Canada. So you’re more likely to be on sick leave or injured in a nursing home than you are if you’re a police officer.”

‘A life worth living’

As the country wakes up to the inadequacies of our long-term care in the context of the COVID-19 pandemic, it’s time to imagine how we might organize things differently, Armstrong said.

“One of the things we need to do is strongly move to ensure that we have not-for-profit care, and that those people who are paid to provide care have the time to do it. That means not just more staffing, but also the kind of work organization that allows them to do that,” she said.

“There are places that have pieces of this in Canada, but what we haven’t done is develop a universal strategy across the country that can move us in this kind of direction,” Armstrong added.

The pandemic, she said, is an opportunity “to think about how we can organize nursing homes so that people can flourish in them — not just survive.”

Very few people in Canada think that their future will be in a long-term care home, but it’s time we all tried to imagine the kind of home we’d want, Armstrong added.

“We should be thinking, ‘What kind of a place would I like to be able to go into? What kind of care do I want there? What do I think they should look like?'” she said.

Ultimately, the question we should be asking in reimagining our nursing homes is “what makes life worth living,” Armstrong said. “Or, as they said in a German home, we want to put life into years — rather than years into life.” SOURCE