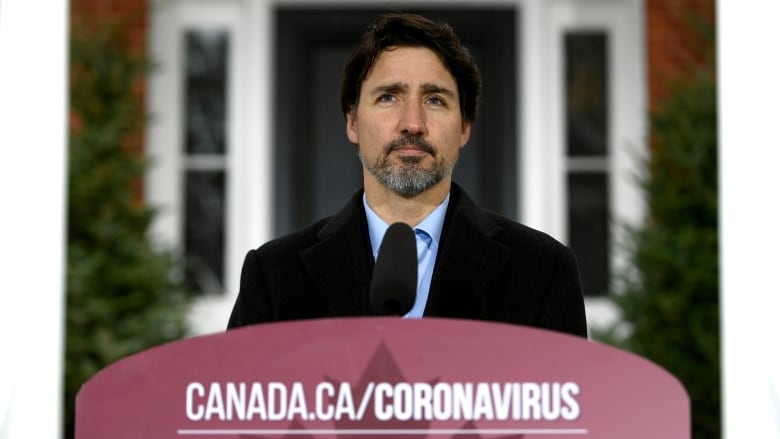 Prime Minister Justin Trudeau announced a new benefit plan Wednesday for students who face summer job precarity given the COVID-19 pandemic. While the gesture is appreciated, this benefit is simply not good enough.

Post-secondary students — who are scheduled to finish term next week — are confronted with few summer employment prospects. Businesses remain closed and jobs in sectors that typically hire summer students, such as the service industry, continue to dwindle.

“For a lot of students, the month of May normally marks the start of a summer job. But right now it might be really tough to find something. You may have been looking for weeks without any success,” Trudeau said Wednesday.

Students who were not yet employed before the pandemic outbreak, and who therefore had not technically lost a job due to COVID-19, did not qualify for the federal government’s previously announced Canada Emergency Response Benefit (CERB) financial support package. This left students across the country anxious about how they’d be able to pay rent and bills over the coming months — let alone the thousands of dollars in tuition that will be due in September.

More than 44,500 students have expressed concern on a Change.org petition. An open letter to Trudeau sent April 15 on behalf of dozens of Canadian student associations called on the federal government to make sure students did not fall between the cracks.

On Wednesday, Trudeau announced a series of responses to attend to this predicament, including changes to student grants and loans. Notably, the Canada Emergency Student Benefit (CESB) provides $1,250 per month for the next four months to eligible students.

While it addresses some of the concerns, this benefit is not particularly well thought out.

Prime Minister Justin Trudeau explains what jobs will be available for students through the programs he announced today. 0:23

First, the Prime Minister did not justify why students deserve $750 less per month than those who qualify for the CERB.

The cost of living for students does not differ drastically from that of the average population. While some students may receive help from their parents, many live independently and have to pay all the same expenses, such as rent, groceries, and phone bills.

Moreover, students are due to receive their annual tuition invoice — which averages nearly $6,500 — in September. Add to that the costs of things like books, school materials and housing, and the $5,000 the federal government has pledged for the following four months does not measure up for students who won’t be able to find jobs this summer.

Second, while students can be eligible for the CESB even if they earn up to $1,000 per month, the benefit is still insufficient.

The $1,000 monthly CESB earnings cap echoes the new rules Trudeau announced in order for the CERB to support part-time workers, and although this measure is welcome, it is not suitable in the student context. The combined potential maximum of $2,250 per month still barely addresses the expenses that students face, and capping earnings at $1,000 per month can disincentivize people from seeking full-time, higher-earning work.

Accordingly, either the benefit or the earning cap should be raised to $2,000 per month.
Employment Minister Carla Qualtrough goes over the types of jobs she hopes the government can line up for students this summer. 0:40

However, even fine-tuning student benefit would simply reproduce the same issues we’ve seen with the CERB, namely inefficient splintering, bureaucratic headaches, and, most importantly, the fact that so many people in need remain left behind.

A more principled approach would be to establish a universal basic income (UBI).

Indeed, a $2,000 monthly UBI would not only be the simplest option, but the most equitable. While some Canadians may not be in need of a stimulus cheque, any UBI overpayments could be recovered next tax season. And for those living in poverty, $2,000 a month could be a life-changing amount of money.

The Canada Emergency Student Benefit is a move in the right direction, but the federal government needs to do better. Make the CERB universal. SOURCE

Zoë Christmas, a law student and research assistant at McGill University in Montreal.