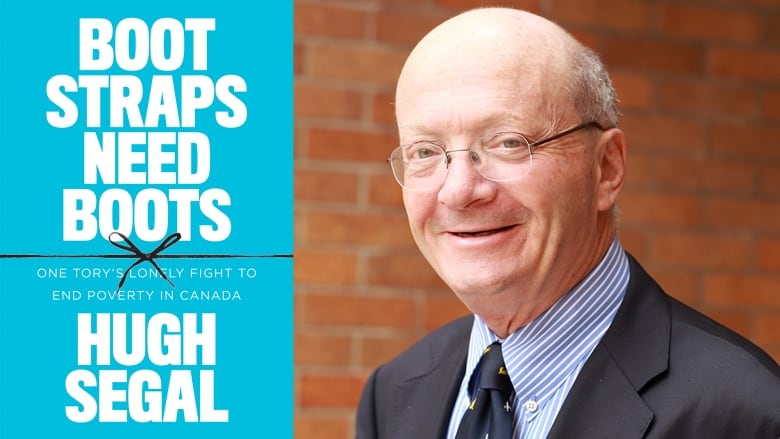 With the rapid spread of the COVID-19 virus, the Canadian government has said that everyone who faces financial jeopardy due to the pandemic will get government help to pay for necessities such as rent and groceries.

The financial fallout of this crisis has reignited the idea of a universal basic income.

Hugh Segal has been advocating for a guaranteed annual income for decades, in part because of his own experience growing up poor in Canada.

Segal is a former Conservative senator and was chief of staff to Ontario Premier Bill Davis and later to Prime Minister Brian Mulroney. He helped design the Ontario Basic Income Pilot for Kathleen Wynne’s government in 2016, which was later scrapped by Premier Doug Ford. Segal is now the Mathews Fellow in Global Public Policy at Queen’s School of Policy Studies.

Here are some highlights from his interview, edited for clarity and condensed.

How would a guaranteed annual income work?

It would work the same way the Guaranteed Income Supplement works for seniors. Now, it’s based on your income. If you’re beneath a certain level you get topped up automatically. People would get a cheque or an automatic deposit to their account on a monthly basis if they’re beneath the poverty line and need to be topped up.

It means you get topped up between what your income may be now — could be zero, could be $600 a month — to about $1,300 or $1,400 a month which would get you to about 75 per cent of the poverty rate. But unlike welfare it would encourage people to work. And if you did work, you could keep a large part of what you earned. It wouldn’t be clawed back, as it is in all of the provincial welfare systems across the country now.

Let’s be clear — provincial welfare systems, however well-intentioned and supported by good-hearted and committed public servants, don’t pay more than 40 or 50 per cent of the poverty rate anywhere in Canada. So it doesn’t lift anybody out of poverty. It actually traps people in poverty because if they try to work — or earn a couple of hundred bucks a month — that all gets clawed back, dollar for dollar. Conrad Black doesn’t pay dollar for dollar on his highest level of income. Why would we ask our lowest income Canadians to be paying tax at that level?

A report published in January from the Basic Income Canada Network, put a price tag on this: about $600 billion. Would it cost that much? And could we save that much?

I look at the numbers that came out from the Parliamentary Budget Office about three years ago when Pierre Poilievre, who is the finance critic of the Conservatives and was opposed to a basic income, asked them to take the pilot project — which I had designed for the Premier of Ontario at her request — and say: what would this cost Canada if this was actually put into place across the country?

The Parliamentary Budget Officer said it would probably cost about $60 billion without counting those federal and provincial programs. It would replace those and produce substantial savings for the taxpayer. That would bring the number down to about $25 billion nationally. That’s less than 10 per cent of Canada’s total economic cost in terms of running the store. That would be a very efficient investment, not only in reducing poverty, but also in reducing all the negative pathologies of poverty, like bad healthcare, health status, education outcomes and family difficulties, difficulty with the law — all of which cost taxpayers a tremendous amount of money.

How much support do you think the idea of a guaranteed annual income has politically in the country and in the population, with ordinary Canadians?

The numbers are clear. When the question is put, and it’s put by pollsters every couple of years, you get no less than 73 to 74 per cent Canadians who think it would be a good idea. It would be an improvement on what we’re doing now.

Conrad Black doesn’t pay dollar for dollar on his highest level of income. Why would we ask our lowest income Canadians to be paying tax at that level?– Hugh Segal

There are three groups who are deeply opposed: every employee of every finance minister anywhere in the world is opposed. Why? Because when you have a statutory program that says when a person reaches a certain income level it is automatically topped up, that means you lose discretion over spending because the law says the money has to go out as it does now for the OAS and for OHIP and for all those other things. So they oppose it as a matter of principle.

Secondly, my friends on the far right have this meme which they are totally taken up with, if you pay someone to do nothing, they will do nothing. To which my response is: so why is it that 80 per cent of the people who live beneath the poverty line in Canada have a job? Why is it that some of them have more than one but they can’t earn enough, depending on where they live, to get above the local poverty line? So it’s not about people sitting on their couch eating bonbons and watching soap operas. It’s about people who are working very hard but can’t put it together.

The third group who are opposed, are our friends on the far left. They come at it this way — we have properly designed programs, run by civil servants in government departments. Those civil servants are doing a good job, the best they can. They’re good people. They’re all members of our unions, which is legitimate and they pay their dues. We have a job to protect that. This could get rid of all those jobs because it’s an automatic cash payout. My view has always been that the basic income is only to replace welfare and programs that are cash transfers. All the other programs that we have, we need to keep, because they’re important.

What is holding back various provincial governments in this?

It’s a combination of two things. I think they’re looking to do this jointly with the feds because if you look at what happened after Mr. Davis did what he did, that Guaranteed Annual Income Supplement was spread to a few other provinces. Then Ottawa made it the Guaranteed Income Supplement for the whole country.

So there’s a need, in my judgment, for Ottawa to say to the provinces: those of you who want to reform welfare for the following purposes — increasing the connection to work, reducing the stigma, increasing the health status of people so they live longer — we’re prepared to help with that process. And yes, we’ll need federal provincial negotiation and the plan may look a little different in Quebec than it would look elsewhere. But that’s who we are as a federation.  SOURCE

Jagmeet Singh on Twitter: “Today we are calling for immediate help for all Canadians (Universal Basic Income)