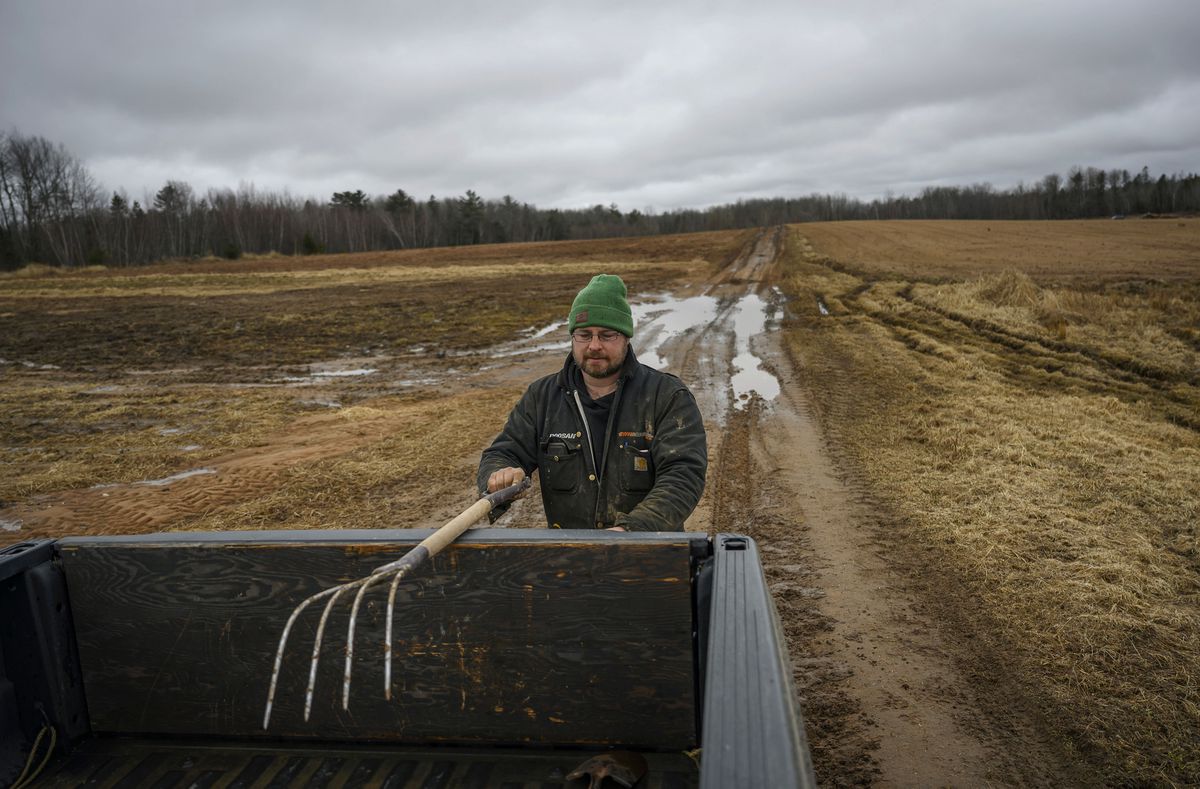 Farmer Philip Keddy of Charles Keddy Farms throws a pitchfork into his truck after assessing a field of strawberry plant seedlings ready to be harvested and packed for customers on the farm in the Annapolis Valley, N.S. on April 1, 2020. DARREN CALABRESE/THE GLOBE AND MAIL

The coronavirus pandemic is making it difficult for farmers to bring in temporary workers to plant crops on time, a problem that threatens Canada’s food supply.

Time is of the essence. Spring is here – seeds need to be planted, orchard trees pruned and thinned, fields prepped for the season, equipment fixed and irrigation systems set up. Each year, tens of thousands of workers do the jobs many Canadians have traditionally avoided. Though legally allowed to enter Canada, the majority have not yet arrived. Without labour soon, yields could fall, affecting Canada’s food supply.My job has been affected by the coronavirus pandemic. What do I do now?

The Globe and Mail spoke with farmers in British Columbia, Saskatchewan, Ontario, Nova Scotia and Prince Edward Island, who grow everything from strawberry and asparagus to apples, barley, potatoes, watermelons, broccoli and squash.

“There is only one window of opportunity for producers to get their crops in the ground,” said Katie Keddy of Nova Scotia’s Charles Keddy Farms Ltd., which grows strawberry plants and is the largest producer of sweet potatoes east of Ontario.

“Spring isn’t waiting for us to figure out labour issues, it’s coming either way. This has the potential to impact the amount of food being harvested this fall, and ultimately impacting our own food security as Canadians.”

Canada admits about 60,000 seasonal agricultural and other temporary workers each year to work on fruit, vegetable and other farms – a program farmers say is critical to reliable food production. The federal government last month allowed their entry, stipulating that they must self-isolate for 14 days – a two-week period during a busy season when they’re not allowed to work. And the logistics of getting them here have been extremely difficult. Visa offices in Mexico have been closed, bureaucracy has slowed and flights are scarce.

In some cases, planes will be chartered – a flight with workers from Jamaica arrived this week in Ontario, with more charters pending, said Ken Forth, a broccoli grower and president of the private-sector organization FARMS. The province is about 3,000 workers behind where it normally should be, he said – and there’s an urgent need to catch up.

In Nova Scotia’s Annapolis Valley, Ms. Keddy is concerned that if farms can’t get the labour they need, quickly, “producers may be forced to make some tough decisions, such as scaling back on acreage or the crops they are planning to plant.”

Normally starting this month, the Keddy farm would have 22 experienced workers from Jamaica. The first group was due to arrive last month, which didn’t happen.

“Spring is getting really close – we’re hoping to be digging in the next week,” she says. “It’s been stressful, there’s no other word to describe it.”

Farmers with early crops – such as asparagus – are under extra time pressure. Ken Wall is the chief executive officer of Sandy Shore Farms in Norfolk County, Ont. – a 1,500-acre farm that produces bell peppers, zucchini and onions. It is also a large grower of asparagus.His operation typically employs 350 people, about half of whom are seasonal offshore workers. The asparagus harvest normally begins May 1, he said. “It’s the first crop of the spring, and asparagus without question is one of the most labour-intensive crops that is grown in Canada. And we are terribly concerned with a lack of access to workers.”
Migrant worker advocates, meantime, are raising health concerns over often crowded housing conditions.

“There are occupational health and safety concerns over the bunkhouses, because of the close proximity,” said Chris Ramsaroop, an organizer with Justicia for Migrant Workers, who wants more oversight to ensure their safety. Conditions vary, he said, from trailers to bunkhouses where, in some cases, dozens of people sleep in bunk beds, with shared bathrooms.

Already, an outbreak of COVID-19 illness has occurred involving temporary foreign workers at a plant nursery in West Kelowna, B.C. The provincial health officer said this week she’s broadly concerned over housing conditions and the health and safety of these workers.

The pandemic has exposed vulnerabilities in the country’s food system, including the agricultural sector’s dependence on seasonal temporary foreign workers and the free flow of people across borders, said Evan Fraser, director of the Arrell Food Institute at the University of Guelph.

“The planting season is quickly upon us. We’re going to need people to prune our apple orchards and get our tomatoes in the ground. That will pose a real challenge to our produce sector.”

Unemployment has surged in Canada, and the sector is looking at hiring locally. This, too, brings challenges as inexperienced workers require training, many can’t operate heavy equipment and, in the past, attrition rates among Canadian workers have been high. Still, in B.C., “we are appealing to local unemployed people to check the Job Bank [the federal government’s job board], particularly during harvest,” said Glen Lucas, general manager at the BC Fruit Growers’ Association, which is also working with the restaurant and hospitality industry “to get the word out.”